You are here: Home › archeology › Cracking the Code – Champollion and the Rosetta Stone 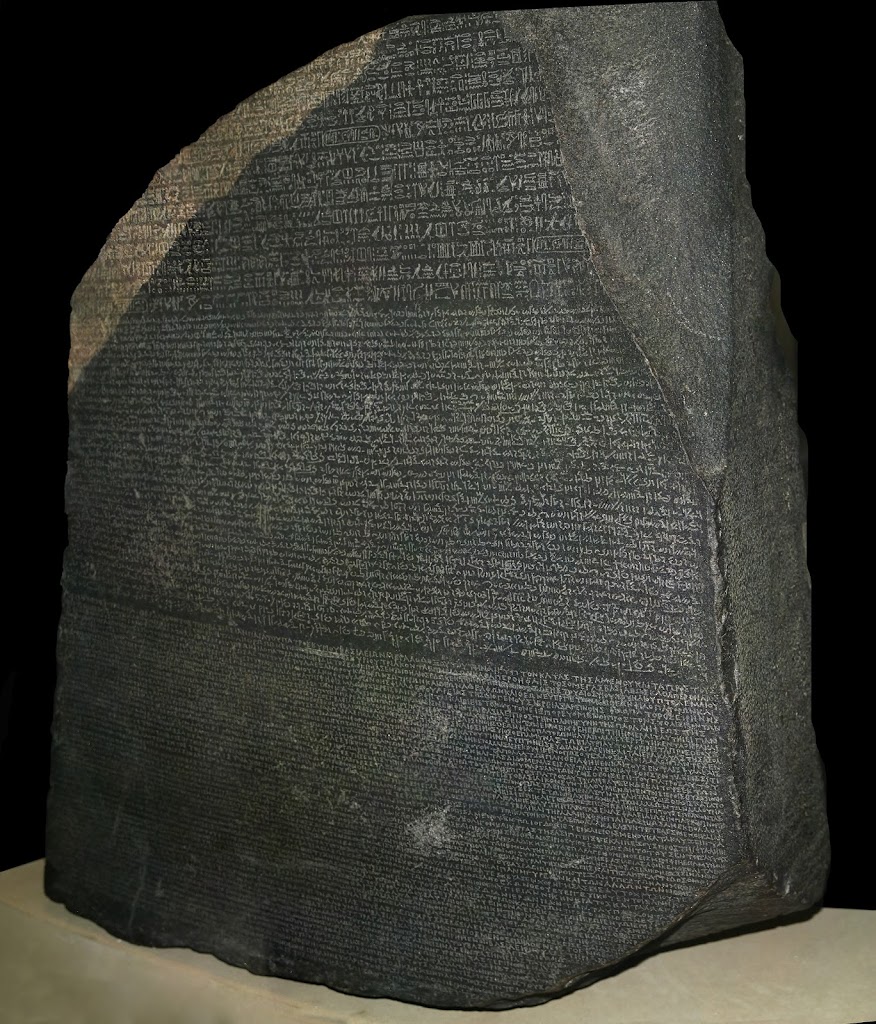 The Rosetta Stone in the British Museum. © Hans Hillewaert / CC-BY-SA-3.0

On July 15, 1799 in the Egyptian village of Rosetta  Pierre-François Bouchard, Captain of the French expedition army on Napoleon‘s Egyptian Campaign discovered an unimpressive black stone with some written inscriptions on it. But this black stone, later referred to as the Rosetta Stone, should become the central key to deciphering the long lost secret of the Egyptian hieroglyphics.

The Riddle of Egyptian Hieroglyphs

By the end of the 6th century AD, by the time of the fall of the Roman empire, the knowledge about the ancient tradition of writing and reading hieroglyphics was totally forgotten. Monumental use of hieroglyphs ceased after the closing of all non-Christian temples in the year 391 by the Roman Emperor Theodosius I. Every try to decipher them later on was based on the wrong assumption that each of these ‘holy signs’ also should have a meaning of its own. Also famous German Jesuit scholar Athanasius Kircher like many others before him, was hampered by the fundamental notion that hieroglyphs recorded ideas and not the sounds of the language. As no bilingual texts were available, any such symbolic ‘translation’ could be proposed without the possibility of verification.[3]

But the situation changed, when the Rosetta Stone was discovered. Lithographic copies and plaster casts began circulating among European museums and scholars. Meanwhile, British troops defeated the French in Egypt in 1801, and the original stone came into British possession under the Capitulation of Alexandria and was transported to London. It has been on public display at the British Museum almost continuously since 1802, and is the most-visited object there.

The Rosetta Stone is inscribed with a decree issued at Memphis in 196 BCE on behalf of King Ptolemy V. The decree appears in three scripts: the upper text is Ancient Egyptian hieroglyphs, the middle portion Demotic script, and the lowest Ancient Greek. Because it presents essentially the same text in all three scripts (with some minor differences between them), it provided the key to the modern understanding of Egyptian hieroglyphics. But it should take another 20 years to decipher the stone. It was Jean Francois Champollion, a Grenoble school teacher with an interest in ancient Egypt, who in 1822, saw copies of the brief hieroglyphic and Greek inscriptions of another Egyptian artefact, the Philae obelisk, on which William John Bankes had tentatively noted the names “Ptolemaios” and “Kleopatra” in both languages. From this, Champollion identified the phonetic characters k l e o p a t r a.  On the basis of this and the foreign names on the Rosetta Stone, he quickly constructed an alphabet of phonetic hieroglyphic characters, which was the real breakthrough for reading Egyptian hieroglyphics. 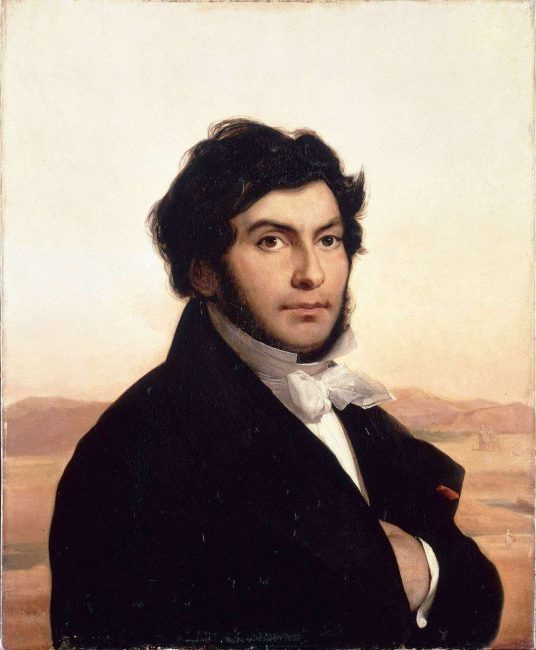 Jean-François Champollion was born the son of the bookseller Jacques Champollion. The riots of the French Revolution prevented regular education. In March 1801 (at the age of 11) Champollion moved to Grenoble with his brother Jacques-Joseph, a later professor of ancient Greek, where he continued to be taught privately and developed a passion for Egypt. With him, the whole of France was interested in the return of the Egyptian expedition Napoleon Bonapartes. In 1802 Champollion met the mathematician Joseph Fourier, who had returned from Egypt and was appointed prefect of the department of Isère.[7] He showed him parts of his Egyptian collection and aroused in Champollion the lifelong pursuit of deciphering the hieroglyphs by explaining that no one could read these characters. At 13, Champollion began to learn various oriental languages, and at 17, he successfully lectured on the similarities between Coptic and hieroglyphics. In self-study and with the help of a private teacher, he acquired further excellent language skills and already mastered eight old languages at the age of 18.

On September 27, 1822, Champollion presented a part of his research results on hieroglyphics to the members of the Academy of Inscriptions and Fine Literature in Paris. But as soon as the speaker had finished speaking that day, most of the scientists listening to him attacked him. They accused him of plagiarism or simply doubted his translations.. However, after the publication of his discovery in October 1822, the deciphering of further hieroglyphics succeeded relatively quickly. This made it possible for archaeologists to decipher many more Egyptian hieroglyphic inscriptions. In search of further Egyptian writings, Champollion spent the period from June 1824 to March 1826 in Italy, especially in Turin. There he found and translated the “King Papyrus Turin” – a very detailed listing of the Egyptian pharaoh dynasties. He kept this translation secret for a while because it questioned the timing of the Church as a whole. From August 1828 to December 1829, Champollion led a French-Tuscan expedition to Egypt along the Nile to Wadi Halfa. Many of the materials discovered are the only evidence of the temples often used as quarries at that time. The Stone of Rosette was one of the triggers of modern Egyptology. On 4 March 1832, Jean-François Champollion died of a stroke at the age of 41.

However, Champollion was not the only one who dealt with the Stone of Rosette. Some researchers had previously laid the foundations for Champollion’s work: Silvestre de Sacy tried to interpret the demotic text through a graphical comparison with the Greek part using the stone of Rosette. The Swede Johan David Åkerblad managed to read the demotic names, thus continuing the work of Sacys. Thomas Young spent a year working on the Stone of Rosette.[4] Until the end of his life he claimed to have deciphered the hieroglyphics and at the same time rejected the research results of Champollion. In the demotic and hieroglyphic part, he deciphered royal names and terms that appeared several times in the text. However, he did not succeed in understanding the complex grammar of ancient Egyptian script.