You are here: Home › physics › A Wire to Connect the World – Stephen Gray’s Discovery 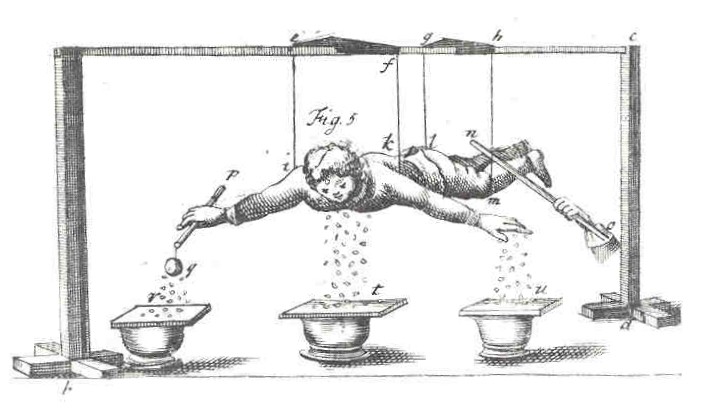 Stephen Gray was born in Canterbury, Kent, the son of the dyer Mathias Gray, baptized on December 26, 1666 and after some basic schooling, he was apprenticed to his father in the cloth-dyeing trade. His interests, however, lay with natural science and particularly with astronomy, and he managed to educate himself in these developing disciplines, mainly through wealthy friends in the district who gave him access to their libraries and scientific instruments. Science was very much a rich-man’s hobby at this time.

In 1696 he published an account of a magnifying glass that interested the Royal Society and from then on he frequently sent the Society and his patron, English Astronomer Royal John Flamsteed, ideas for simple but revealing experiments and reports of geological and astronomical observations.[5] But John Flamsteed, the first Astronomer Royal, was one of Sir Isaac Newton‘s fiercest rivals.[6] As some believe this led to Newton (by then president of the Royal Society) blocking the publishing of several of Gray’s papers on electricity later on.

In the 1690s and until 1716 he made astrometric observations and conducted quantitative and qualitative investigations of solar and lunar eclipses, sunspots, the planet of Jupiter and much more. He became an assistant to Roger Cotes at the planned Trinity College Observatory, Cambridge, and in 1707/8 an employee of Trinity College.[7] From 1715 to 1719 he was assistant to John Theophilus Desaguliers in Westminster. In 1719 he received a pension from the Charterhouse, London, from the Prince of Wales until his death. Gray, together with his friend Granville Wheler, had been conducting pioneering experiments on electricity since 1708. These included experiments on the electrification of glass tubes that were electrified by rubbing. To Gray’s surprise, not only the tubes but above all the corks closing them were electrified. In producing charge on a long glass tube, he discovered in 1729 that he could communicate the electrical effect to other objects by direct connection. Using string, he could charge an object over 50 feet from the rubbed tube, but oddly enough some other substances, such as silk thread, would not carry charge. Brass wire would transmit charge even better. These experiments with charged strings and glass tubes revealed the properties of conduction, insulation, and transmission. He was the first to divide the substances into electrical conductors and non-conductors.

The depiction above shows one of Gray’s most famous experiments, in which he showed that a boy suspended by (insulating) silk cords could be charged (with the glass tube) and then as a (conducting) body could (electrostatically) attract small objects. Dramatic experiments such as these became quite well-known. Finally, after Newton’s death in 1732, Gray was admitted as a member of the Royal Society in recognition of his efforts. In 1731 and 1732 Gray was awarded the first two Copley medals. After his death in 1736 he was probably buried in London in a mass grave for residents of a home for the needy.

Despite the importance of his discoveries (it can be argued that he was the inventor of electrical communications) he received little credit, supposedly because of the factional dispute in the Royal Society, and the dominance of Newtonianism. John Desaguliers was far more famous than Gray, and many of the discoveries became attached to the Desaguliers’ name by virtue of his flamboyant demonstrations. By the time Gray’s priority was publicly recognised, experiments in electricity had moved on and people were interested more in the spectacular feats by Benjamin Franklin and others in capturing lightning in their Leyden Jars. So Gray’s discoveries tended to look trivial, and for this reason, some historians tend to overlook his work.[9]