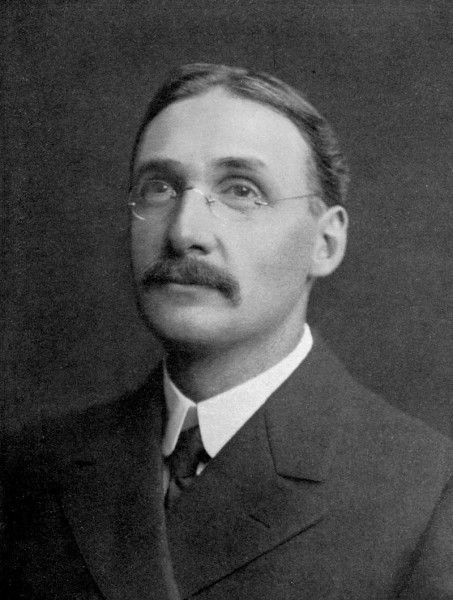 On September 3, 1865, American physician and pathologist Christian Archibald Herter was born. Herter is noted for his work on diseases of the gastrointestinal tract, where he investigated the role of bacteria and developed techniques for measuring their products such as indol. He was also co-founder of the Journal of Biological Chemistry.

Christian Archibald Herter was born in Glenville, Connecticut, USA, to Christian Herter, a notable and wealthy artist and interior designer, head of the Herter Brothers. He was privately educated and began his medical degree at the early age of 15. By the age of 18, he had received an MD from the College of Physicians and Surgeons at Columbia University. He studied pathology under William H. Welch at Johns Hopkins University and traveled to Zurich to study under Auguste-Henri Forel, the famous Swiss myrmecologist, neuroanatomist, psychiatrist and eugenicist,[1] notable for his investigations into the structure of the human brain.

Herter initially practiced mainly neurological medicine in New York City. His experience was captured in The Diagnosis of Diseases of the Nervous System, a manual he wrote for “students and practitioners” in 1892. Herter’s interest in laboratory medicine led him to relinquish his medical practice and build a laboratory in his house on 819 Madison Avenue. In 1897, he was appointed professor of Pathological Chemistry at University and Bellevue Hospital Medical College. His lectures were published in 1902.

Herter returned to his alma mater in 1903 as Professor of Pharmacology and Therapeutics and occupied that position up to the time of his death. It was during this time that he researched diseases of the gastrointestinal tract. His work on celiac disease, which he called “intestinal infantilism”, led to the eponym Gee-Herter disease. Celiac disease, is an autoimmune disorder affecting primarily the small intestine that occurs in people who are genetically predisposed. Classic symptoms include gastrointestinal problems such as chronic diarrhoea, abdominal distention, malabsorption, loss of appetite, and among children failure to grow normally. This often begins between six months and two years of age His important contribution was to highlight the retarded growth of affected children. Herter’s theory as to the cause – that it was due to overgrowth and persistence of gram-positive bacterial flora normally belonging to the nursling period – failed to gain acceptance. However, he did correctly identify that any “attempt to encourage growth by the use of increased amounts of carbohydrates” led to relapse. This would later be discovered to be due to the gluten content of wheat. Upon exposure to gluten, an abnormal immune response may lead to the production of several different autoantibodies that can affect a number of different organs. In the small-bowel this causes an inflammatory reaction and may produce shortening of the villi lining the small intestine (villous atrophy). This affects the absorption of nutrients, frequently leading to anaemia

Herter investigated the role of bacteria in the gastrointestinal tract and developed techniques for measuring their products such as indol. He was commissioned by President Theodore Roosevelt to examine the possible effects of sodium benzoate in its use in food preservatives and from the investigation concluded that it was perfectly safe.[2] In 1905, along with John Jacob Abel,[4] Herter co-founded and edited the Journal of Biological Chemistry, later being published by the American Society for Biochemistry and Molecular Biology. The journal was the first journal of this nature in the English language and he was one of the founding trustees of the Rockefeller Institute as well as a founder of the American Society of Biological Chemists (1908).[1]

The scope of the journal was to include researches of a purely scientific character, but, having in mind the needs of clinical medicine, an effort was made to encourage contributions to the knowledge of the chemical aspects of disease.[3] Herter financed the loss-making journal until his death, whereupon a fund was created in his memory to support it. Furthermore, he founded two lectureships, one at the University and Bellevue Hospital Medical College and the other at Johns Hopkins Medical School, which served to bring scientists from Europe to give lectures.