You are here: Home › aviation › Charles Green and his Record Balloon Flight 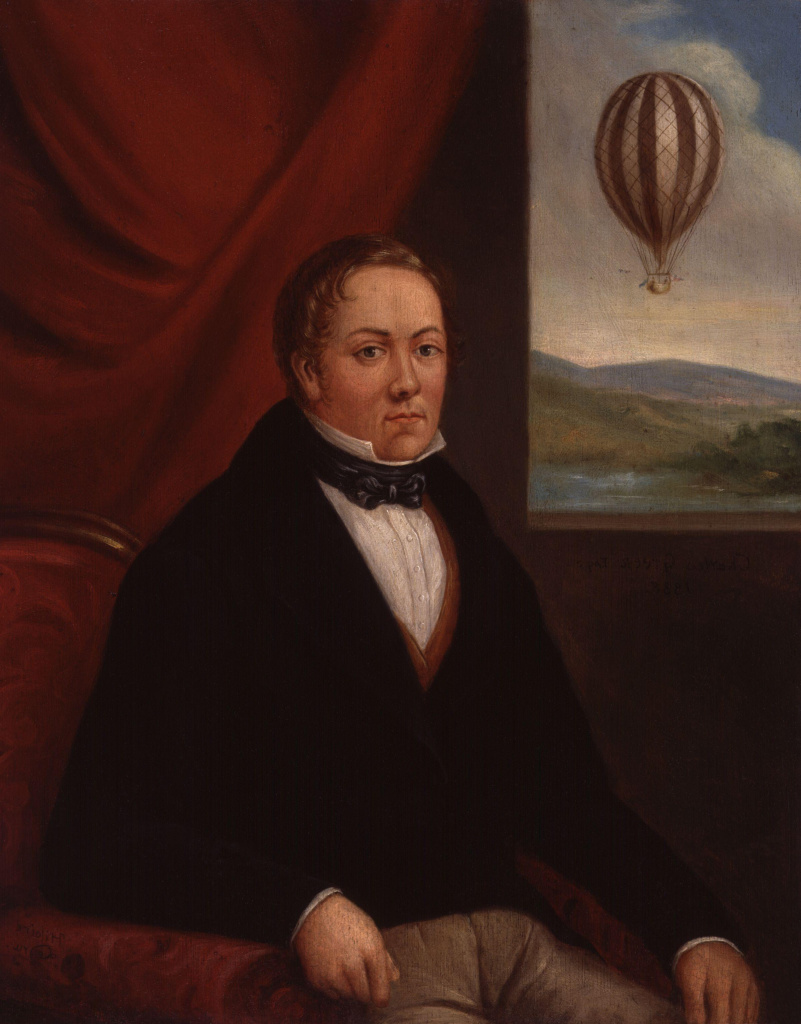 On January 31, 1785, Charles Green was born, who was United Kingdom’s most famous balloonist of the 19th century. He experimented with coal gas as a cheaper and more readily available alternative to hydrogen for lifting power. In 1836, Green set a major long distance record in the balloon “Royal Vauxhall”, flying overnight from Vauxhall Gardens in London to Weilburg, Duchy of Nassau (Germany) a distance of 770 km. This record was not broken until 1907.

Charles Green, son of the fruit merchant Thomas Green (1762-1850), first worked in his father’s business after graduating from school. He made his first balloon ascent in 1821, when during the coronation celebrations of George IV the first gas balloon with coal gas was launched. The flight demonstrated the applicability of the coal gas, which is much cheaper and more practicable for balloon flights than the hydrogen used so far. However, the flight ended unluckily and Green was rescued by a ship whose bowsprit pierced the balloon wall and provided gas release. This was followed by many more ascents. During a flight in 1822, on which 20,000 pounds were bet, the balloon basket came loose during take-off due to cut holding ropes. The passengers were able to hold on to the balloon ring, but were injured during the landing. In 1828, Green took off from the back of a pony and landed in Beckenham half an hour later. He invented the guide rope, which hung down from a winch in the basket and was used to control the take-off and landing. In 1836 Green built the Great Nassau Balloon for the owners of Vauxhall Gardens, which he then bought from them for £500. In the same year he made the first flight in this balloon with eight people and landed in Cliffe near Gravesend after an hour and a half.

The famous continental flight from Vauxhall Gardens to Nassau, Germany took place in November 1836 with the balloonist and politician Robert Hollond, who paid for the flight, and the balloonist and flutist Thomas Monck Mason. They took off at 1:30 pm and crossed the channel from Dover just a few hours later. Green and his passengers descended again after eighteen hours flight at the next day around 7 am in Weilburg, Germany. They traveled a distance of 500 miles in a total time period of 18 hours. This record remained unbeaten until 1907. 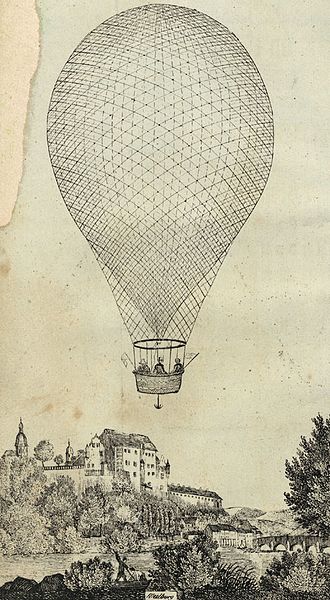 In January 1837, Green climbed with Robert Cocking to a height of 5,000 feet, from which Cocking jumped over Lee with a parachute of his own design and died on impact on the ground. In 1938, Green conducted two altitude test flights in Vauxhall Gardens with George Rush, who paid for the flights, and Edward Spencer. On the first flight an altitude of 19,335 feet was reached with landing in Thaxted. On the second flight with only two persons (Green and Rush) and coal gas in the Great Naussau Balloon a record was to be set so that a height of 27,146 feet was reached. In 1841 Green flew together with Charles Frederick William, duke of Brunswick, from Hastings to Neufchâtel in five hours. In 1846 he suggested a balloon flight over the Atlantic Ocean. However, this adventure was going to happen only in 1978 by the Double Eagle II, that crossed the Atlantic from Maine to Paris, France in about 138 hours.[9] Green’s last flight took place on 13 September 1852 as a farewell public ascent in Vauxhall Gardens.

More than 10 years earlier, Green introduced coal gas as a cheaper substitute for hydrogen, which was put in practice by many following balloonists. It is believed that Charles Green planned an Atlantic crossing in a balloon, but he never attempted it. Around 1840, Green incorporated presumably the first mechanically driven propeller ever to power an aircraft.