You are here: Home › aviation › The Transatlantic Flight of the Double Eagle II 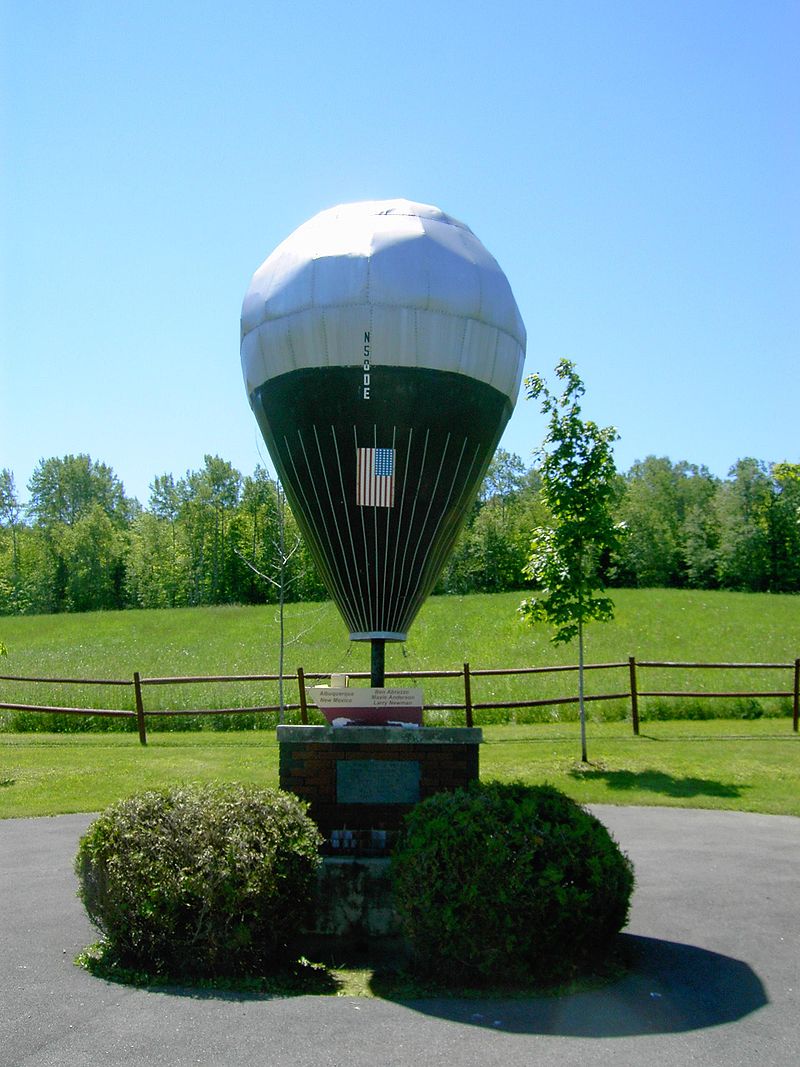 John Wise and the Atlantic

In 1859, John Wise, US-American pioneer in the field of ballooning, who made over 400 flights during his lifetime and was responsible for several innovations in balloon design, built an enormous aerostat named the Atlantic, intending to cross the Atlantic. As one who recognized the possibilities of balloon flight by use of the high wind yet to be named the Jet Stream, Wise had made plans for a transatlantic flight from North America to Europe. Unfortunately, flight lasted less than a day, crash-landing in Henderson, New York, which damaged the balloon.

Thaddeus S. C. Lowe and the City of New York

Thaddeus S. C. Lowe, aeronaut, scientist and inventor, prepared a massive balloon called the City of New York to take off from Philadelphia in 1860, but was interrupted by the onset of the American Civil War in 1861, when Lowe was appointed Chief Aeronaut of the Union Army Balloon Corps by President Abraham Lincoln. From then on, it was not until about the 1950s that anyone made a significant attempt.

The Mudie’s and the Small City

A group of 4 British balloonists, Colin Mudie, his wife Rosemary, Bushy Eiloart and his son Tim, planned to take on the Atlantic crossing on an east to west route, leaving from Tenerife heading towards a central location on the east cost of the United States. Their vessel, named Small World took off on December 12, 1958 and travelled 1200 nautical miles, breaking all existing balloon duration records. Unfortunately, a ferocious storm brought their attempt to an early close. However, they completed their journey another 1,450 miles and arrived at their destination, Barbados, on January 5th 1959.

The 1970s saw further attempts to cross the Atlantic Ocean by balloon. Light Heart was a balloon constructed by Colonel Thomas Leigh Gatch, Jr, as a cluster of 10 super pressure helium balloons. The plan was to maintain constant altitude of 12,000m, where at this altitude the jet stream should carry the aircraft from North America to Europe. Light Heart took off on 18 February 1974, but crashed into the ocean and no wreckage was found. The last radio contact was 1,610 km west of the Canary Islands and the balloon was drifting towards Africa. The Zanussi (attempt #13) in 1978, by Don Cameron and Christopher Davey, came closest to success, ditching 180 km off of France after the gas bag ripped.

It wasn’t until 1978 that the Atlantic Challenge was finally conquered. Double Eagle II, a helium-filled ballon 34 m high with a diameter of 20 m, piloted by Ben Abruzzo, Maxie Anderson, and Larry Newman, became the first balloon to cross the Atlantic Ocean when it landed 17 August 1978 in Miserey near Paris, 137 hours 6 minutes after leaving Presque Isle, Maine, covering a total distance of 4,988 km.

The Double Eagle II was equipped with a gondola carrying the three men, a VHF radio, two single-sideband high-frequency radios, one automatic-direction-finder beacon transmitter, one maritime radio, a hookup to the Nimbus 6 satellite and a ham radio — which Newman used to relay messages after all the other radios stopped functioning.[3] After their take off on August 11, the helium-filled balloon made good progress during the first four days, and the three pilots survived on hot dogs and canned sardines. The only real trouble of the trip occurred on August 16, when atmospheric conditions forced the Double Eagle II to a big drop to a height of nearly only 1,000 m. They jettisoned ballast material and soon rose to a safe height again.[2]

It can already be regarded as a successful crossing at the point that the Double Eagle II crossed the Irish coast, on the evening of 16 August. Larry Newman originally intended to hang glide from the balloon to a landing, while Anderson and Abruzzo continued to fly, but the hang-glider had to be dropped as ballast earlier on 16 August. While flying over France, they heard by radio that authorities had closed Le Bourget Airfield, where Charles Lindbergh had landed, for them. The crew declined the offer as they were running out of ballast and it would be too risky to pass over the suburbs of Paris. They landed in a field of barley in Miserey, 97 km northwest of Paris.

Abruzzo and Anderson already unsuccessfully attempted the Atlantic Crossing a year previous in 1977 in the suitably named Double Eagle I. The balloon lifted off from Marshfield, MA on September 9th and crashed into the sea 65 hours, 30 minutes later, just off of Iceland.[1] In 1981, Ben Abruzzo, Larry Newman, Ron Clark, and Rocky Aoki of Japan flew from Nagashimi, Japan, to Mendocino National Forest in California in the first transpacific flight.[2] Tragically, Abruzzo and Anderson both died in aviation accidents, while Newman narrowly escaped death during a skydiving accident. The gondola of the Double Eagle II sits today in the collection of the Smithsonian National Air and Space Museum.[3]