You are here: Home › aviation › August von Parseval and his Dirigible Airships 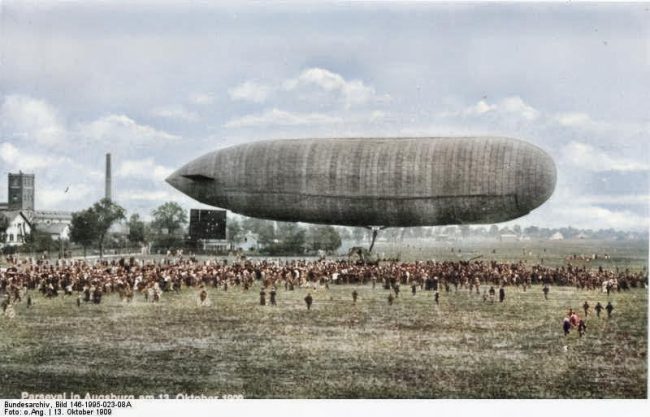 On May 26, 1906, German airship designer August von Parseval succeeded launching his new airship at Berlin Tegel military field. In contrast to his rival Zepellin, Parseval’s airships – also in honor of their inventor called Parsevals – were non-rigid or semi-rigid airships, with little or no stiffening structure inside the fabric envelope.

Parseval was the first son of the Bavarian Councillor Joseph von Parseval (1825-1887) and his wife Marie Amélie, née von Schaden. From 1873 to 1878 he visited the page corps in Munich, which he completed with the ensign examination. In 1878 Parseval graduated from the Wilhelmsgymnasium in Munich. He then moved to the 3rd Infantry Regiment “Prince Carl of Bavaria”. As an autodidact he dealt with problems of aeronautics. While studying in Augsburg,  In the garrison city of Augsburg he came into contact with August Riedinger and met his later partner Hans Bartsch von Sigsfeld, with whom he developed a tied dragon balloon. This was used as an observation balloon by the military, found wide distribution and is therefore considered very successful. In 1901 Parseval had himself suspended from military service.  From 1901 he was a founding member and 1st chairman of the Freiballonverein Augsburg. In 1901 Parseval and Sigsfeld started to build a steerable airship. After Sigsfeld’s sudden death during a free balloon landing in 1902, work was interrupted until 1905.

While trying to land one of the airship one year later a horrible accident occurred and Parseval’s partner Sigsfeld died. This resulted in a construction and developing break until 1905. As the development of engines moved forward, Parseval became able to use these for his airship. In the 1920s and 30s, the engineer built several keel-airship and Parseval also increased his interest in the construction of crafts heavier than air. His first experiments considering actual planes mainly took place on the water due to safety reasons. However, the first attempts were very unsatisfying and even after a complete re-developments, the planes would never lift off the water. On October 7, 1910, Parseval attempted another lift off. This time however, he made sure that the plane would have enough speed for lift off and was successful. In the following months, Parseval reached altitudes of approximately 75 meters, and distances of three to four kilometers. In 1911, the engineer retired from his experiments and started teaching the theories of flight that he had learned during his career at the newly established Chair of Flight Engineering at the Technical University (Berlin-) Charlottenburg. 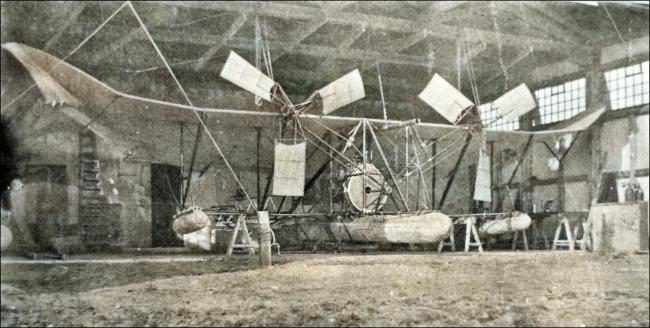 Perseval Plane at Plau am See

Parseval also turned to the development of the aircraft. In 1908 he presented a memorandum with the design of a flying machine to the Motor Airship Study Society (MStG). Mainly for safety reasons he wanted to carry out the flight tests over a large water surface for the time being, which is why he designed the machine as a seaplane. After the MStG agreed to support the project, and the city of Plau also participated by providing a site free of charge, Parseval had a “Fliegerhalle” built on Lake Plau in autumn 1909. The aircraft was assembled there. The first flight tests on 14 April 1910 – under the direction of chief engineer Ernst Blochmann and with Dipl.-Ing. Wilhelm Hoff as second pilot – were unsatisfactory. Even after extensive modifications, the aircraft was unable to take off from the water. For this reason Parseval had a starting track built into the lake in order to accelerate the flying machine to take-off speed on a trolley, similar to the first flight of the Wright brothers. The first attempt on 7 October 1910 was successful and today – despite take-off from land – is honoured as the first seaplane flight in Germany.[3] In a later flight, a flight altitude of 75 metres and a flight distance of about three to four kilometres were achieved. At the beginning of 1911 Parseval stopped the tests.

Between 1909 and 1919, about 22 airship were constructed under Parseval’s name. The engineer’s airship were very popular and seen as a great competition to Zeppelin.[4] In order to stabilize his airship, Parseval used the ability to change the temperature of the gases inside the balloon. In contrast, Zeppelin had used huge metal rods. Parseval now devoted himself more to theoretical teaching at the newly established Chair of Flight Technology at the Technische Hochschule (Berlin-) Charlottenburg. Parseval was one of the founders of Luftfahrzeug-Gesellschaft (LFG) in 1908. It built the Parseval airships PL 3 1908 to PL 26 1915 at its shipyard in Bitterfeld.

How Airships Could Overcome a Century of Failure, [8]