You are here: Home › geology › Charles Walcott and the Cambrian Explosion 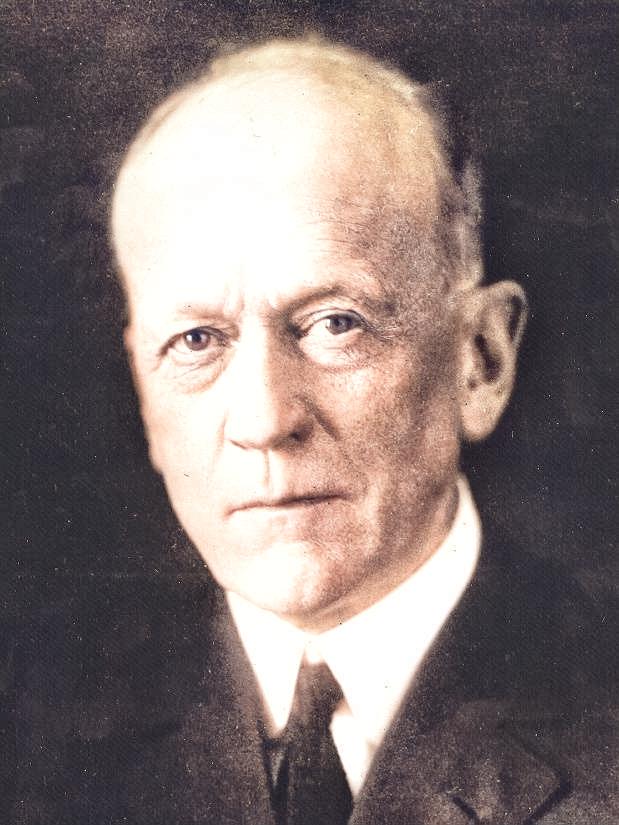 On August 30, 1909, American paleontologist Charles Doolittle Walcott discovered the Burgess Shale Formation, located in the Canadian Rockies of British Columbia. With its Cambrian fossils the Burgess Shale is one of the world’s most celebrated fossil fields. Walcott excavated repeatedly to collect more than 65,000 specimens from what is now known as the Walcott Quarry, named after him.

“Nature has a habit of placing some of her most attractive treasures in places where it is difficult to locate and obtain them.”
― Charles Doolittle Walcott

Today, most of us are aware of the fact that the human species has not been the first inhabitant of this planet Earth. Most prominent example of previous species are the dinosaurs, as we have already covered the history of their exploration with articles on famous paleontologists such as Georges Cuvier [5] or William Buckland.[6] But, dinosaurs are only the tip of the iceberg. If you go back further in the ages of the Earth, you will come to the Cambrian Period, about 500 million years from today. This is way before the dinosaurs, who lived in the Triassic-Jurassic period about 200 million years ago. The Cambrian Period marked a profound change in life on Earth; prior to the Cambrian, living organisms on the whole were small, unicellular and simple. Complex, multicellular organisms gradually became more common in the millions of years immediately preceding the Cambrian, but it was not until this period that mineralized – hence readily fossilized – organisms became common. This means that our understanding of the Cambrian biology surpasses that of some later periods.

The period was established by Adam Sedgwick, one of the founders of modern geology, who named it after Cambria, the Latin name for Wales, where Britain’s Cambrian rocks are best exposed. The rapid diversification of lifeforms in the Cambrian, known as the Cambrian explosion, produced the first representatives of many modern phyla, representing the evolutionary stems of modern groups of species, such as the molluscs and arthropods. While diverse life forms prospered in the oceans, the land was comparatively empty – with nothing more complex than a microbial soil crust and a few molluscs that emerged to browse on the microbial biofilm. Most of the continents were probably dry and rocky due to a lack of vegetation. Shallow seas flanked the margins of several continents created during the breakup of the supercontinent Pannotia. The seas were relatively warm, and polar ice was absent for much of the period.

Because of the relatively rapid appearance of so many species, i.e. of most major animal phyla, as demonstrated in the fossil record, one also speak of the Cambrian explosion. This was accompanied by major diversification of other organisms. Before about 580 million years ago, most organisms were simple, composed of individual cells occasionally organized into colonies. Over the following 70 or 80 million years, the rate of evolution accelerated by an order of magnitude and the diversity of life began to resemble that of today. The Cambrian explosion has generated extensive scientific debate. In 1859 even Charles Darwin discussed it as one of the main objections that could be made against his theory of evolution by natural selection.[7] 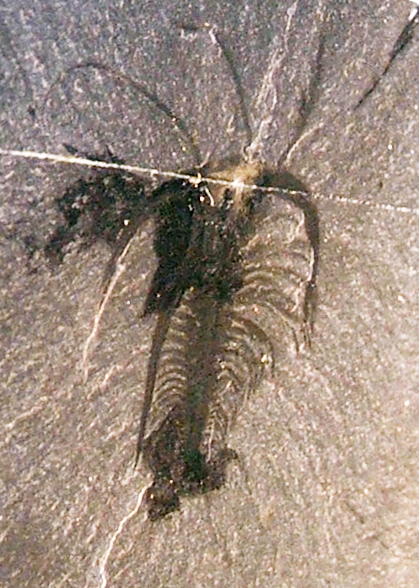 The Life and Works of Charles Doolittle Walcott

But lets take a look at Charles Doolittle Walcott’s life and his achievements concerning paleontology and the Cambrian Period. Charles Walcott was born in New York Mills, New York, on March 31, 1850, as the youngest of four children. His father passed away, when he was only two years old. He was interested in nature from an early age, collecting minerals and bird eggs and, eventually, fossils. He attended various schools in the Utica area but left at the age of eighteen without completing high school, the end of his formal education. His interest in fossils solidified as he became a commercial fossil collector, which led to his acquaintance with geologist Louis Agassiz of Harvard, who encouraged him to work in the field of paleontology.[8] After working briefly as the assistant to the state palaeontologist, James Hall, he was recruited to the newly formed US Geological Survey as a geological assistant and rose to become its director from 1894 to to 1907 and subsequently succeeded Samuel Pierpont Langley as secretary of the Smithsonian Institution,[10] which he remained until his death. After meeting Andrew Carnegie in 1902, he was one of the founders of the Carnegie Institution in Washington.[9] 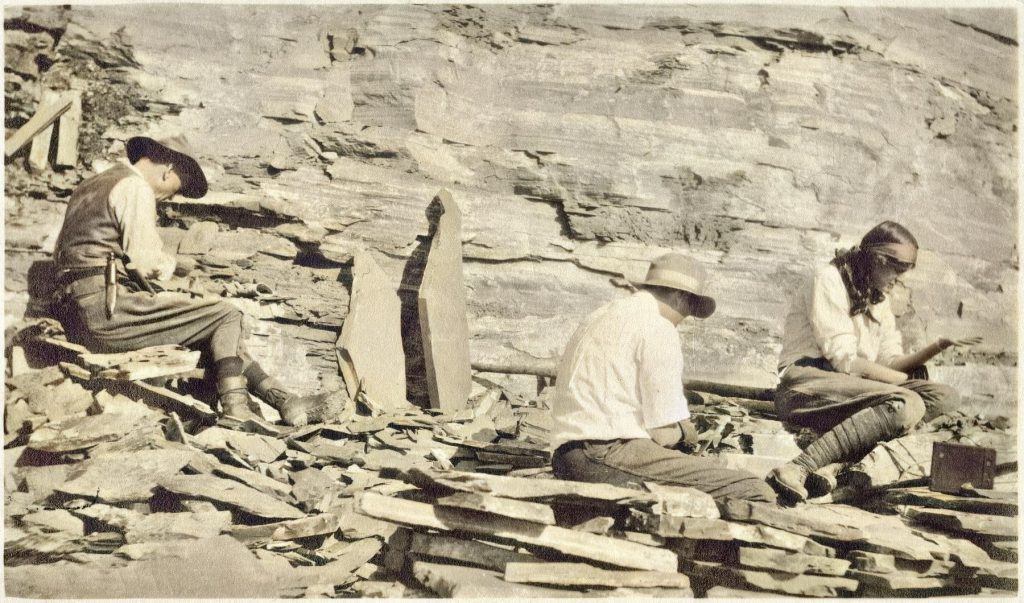 In 1909, while in the Canadian Rockies near Field, British Columbia, Charles Doolittle Walcott (1850-1927) discovered what has come to be known as the Burgess Shale. Named after Burgess Pass near the location of his discovery, the shale Walcott collected contained carbonized organisms of such abundance and age that they subsequently provided the foundation for study of the Cambrian Period in Western North America. Walcott, fourth Secretary of the Smithsonian, often took his entire family on collecting trips. According to the Smithsonian institution, this image shows Walcott, his son Sidney Stevens Walcott (1892-1977), and his daughter Helen Breese Walcott (1894-1965) working in the Burgess Shale Fossil Quarry, c. 1913.

Walcott discovered in 1909 the “Phyllopod bed” (Burgess slate in the narrower sense) in the Cambrian sedimentary rocks of the mountains north of the valley of the Kicking Horse River near the village of Field (British Columbia, Canada). From 1910 to 1924, he returned to this now world-famous conservate deposit and collected over 65,000 fossils. During his excursions he was often supported by family members. He was a member of the American Association for the Advancement of Science (of which he was president in 1923), the National Academy of Sciences (1896), of which he was president from 1917 to 1923 and of which he received the Mary Clark Thompson Medal in 1921, and the American Academy of Arts and Sciences (1899). In 1909 he was awarded an honorary doctorate from the University of Cambridge. In 1901 he was President of the Geological Society of America and in 1913 President of the Paleontological Society.

Walcott would be little known today if he had not been brought to attention by Stephen Jay Gould‘s book Wonderful Life (1989). In this book, Gould put forth his opinion that Walcott failed to see the differences among the Burgess Shale species and “shoehorned” most of these fossils into existing phyla. Many paleontologists would now take a much less negative view of Walcott’s descriptions and of the theoretical perspective that shaped them

At yovisto academic video search you can learn more about paleontology in the TED talk of Dr. Paul Sereno on ‘What can Fossils Teach Us?‘.