You are here: Home › architecture › Oscar Niemeyer – The Visionary Architect of Brasilia 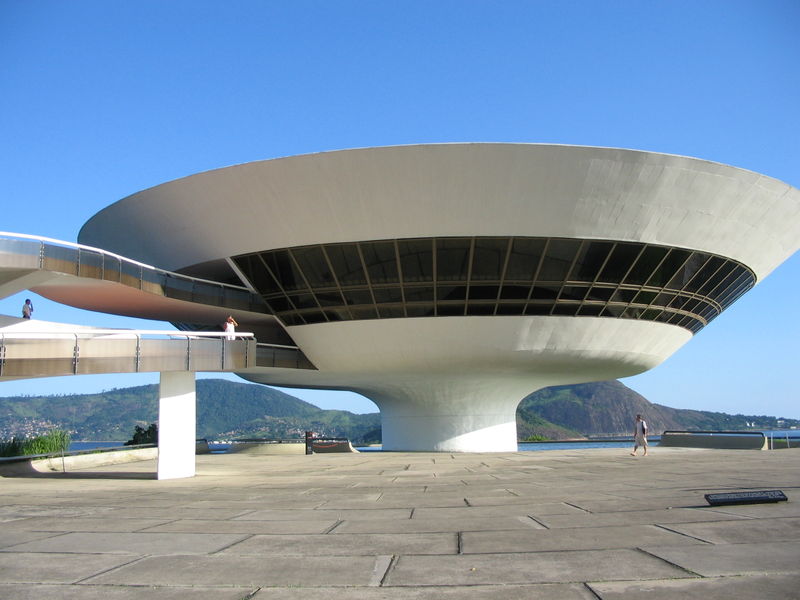 On December 15, 1907, famous Brazilian architect Oscar Niemeyer, who is considered to be one of the key figures in the development of modern architecture was born. Niemeyer was best known for his design of civic buildings for Brasília, a planned city which became Brazil‘s capital in 1960, as well as his collaboration with other architects on the United Nations Headquarters in New York City.

“I deliberately disregarded the right angle and rationalist architecture designed with ruler and square to boldly enter the world of curves and straight lines offered by reinforced concrete.… This deliberate protest arose from the environment in which I lived, with its white beaches, its huge mountains, its old baroque churches, and the beautiful suntanned women.”
– Oscar Niemeyer

Oscar Niemeyer was one of six children from a Catholic family in Rio de Janeiro. His father worked as a typesetter and had a graphic office, his grandfather was a judge at the Brazilian Supreme Court. He began working at his father’s business shorty after graduating, but soon Escola Nacional de Belas Artes in Rio de Janeiro, started his career as a draftsman in the architecture studio of Lucio Costa, Gregori Warchavchik, and Carlos Leão. Even though they could not pay the young architect, the three were a major influence in his later works. Especially Lucio Costa was important to him due to his writings on various techniques and simplicity influenced by the European style of art and architecture. One of Niemeyer’s first major works was the Ministry of Education and Health in Rio de Janeiro. Even though Lucio Costa was occupied with this building, he gave Niemeyer the chance to contribute himself and he was able to make up a great reputation with his drafts and ideas. The Ministry of Education and Health depicted the first modernist skyscraper in the world, that was government sponsored. This work brought Niemeyer together with Le Corbusier,[5] who later made him his assistant. From 1947 to 1953, he was Le Corbusier‘s representative on the UN Planning Committee for the United Nations Headquarters in New York City. His collaboration with Le Corbusier was to have a strong influence on Niemeyer’s work, later extending the strict orthogonality of modern architecture to include circles and curves. Another major work by Niemeyer was a nursery he designed, and it was the first building he was able to finish himself. 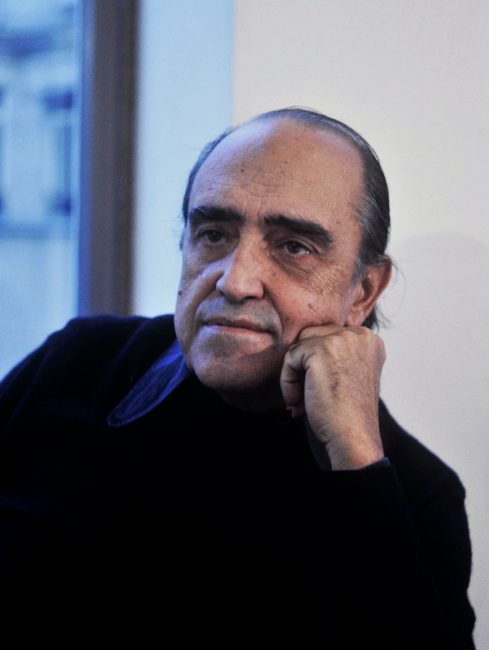 Otacílio Negrão de Limam, mayor of Belo Horizonte in the early 20th century, dammed a small streamed called Pampulha in 1936 for flood control and augment the city water supply through the creation of a reservoir. The resulting Lake Pampulha became the site of an urban development project by Juscelino Kubitschek. Kubitschek called on the young architect Oscar Niemeyer to create a series of buildings, including a casino, a restaurant, a yacht club, and a golf club for. Niemeyer was highly celebrated for his work, his international fame grew rapidly and he soon was occupied with bank buildings and churches. He later remained in the USA to work on the United Nation’s Headquarters drafts. Niemeyer’s recognition had grown so fast in the 1950’s that several books, explaining his architecture, styles, and art. It was also in these years, when the Brazilian architect began to focus on concrete as a main material for his buildings.

In 1956, Juscelino Kubitschek, the President of Brazil turned to Oscar Niemeyer to assign one of the biggest thinkable projects to the architect, the Brasília. Together with his old master, Lucio Costa they developed a whole new city, with innovative ideas concerning city planning as well a socialist ideology. In it, laborers would be for instance living in the same houses as political leaders or businessmen. However, the President changed these plans later on, but still, Niemeyer’s masterpiece was a success. It was completely designed and built in between your years and the architect’s fame was unstoppable. UNESCO declared Brasília a World Heritage Site in 1987.

In 1966, two years after the military seizure of power in 1964, Niemeyer went into exile to France because of his membership in the Communist Party of Brazil. At the end of the 1960s he was able to continue his work in Brazil. He taught at the Universidade Federal do Rio de Janeiro (UFRJ), among others, but did not return to Brazil completely until after the general amnesty of 1979 in 1982. During his years in exile he built, among others, the headquarters of the French Communist Party in Paris, the House of Culture in Le Havre and the Mondadori publishing house in Milan. He resigned from the party in 1990, but remained a Marxist.

Niemeyer had a close friendship with the Cuban revolutionary Fidel Castro. One of his most recent works is a steel sculpture in Havana that symbolises Cuba’s resistance to the economic blockade imposed by the USA. Even though, Niemeyer had often trouble with governments due to his diverse political views, his contributions to architecture all over the world were critical for the development of modern architecture. Oscar Niemeyer passed away very recently on December 5, 2012. Oscar Niemeyer is one of the most creative architects of the 20th century. He has realized more than 600 buildings in total.

At yovisto academic video search, you may enjoy a video by Adrian Forty talking about ‘The metaphysics of concrete’. In his lecture, he explains the importance of concrete to our daily lives as well as to modern architecture, since three tons of concrete are produced every year for each man, woman and child on Earth. He gives numerous examples of use in history and today, including Oscar Niemayer’s Niterói Contemporary Art Museum in Rio de Janeiro.