You are here: Home › physics › Bruno Rossi and the Cosmic Radiation 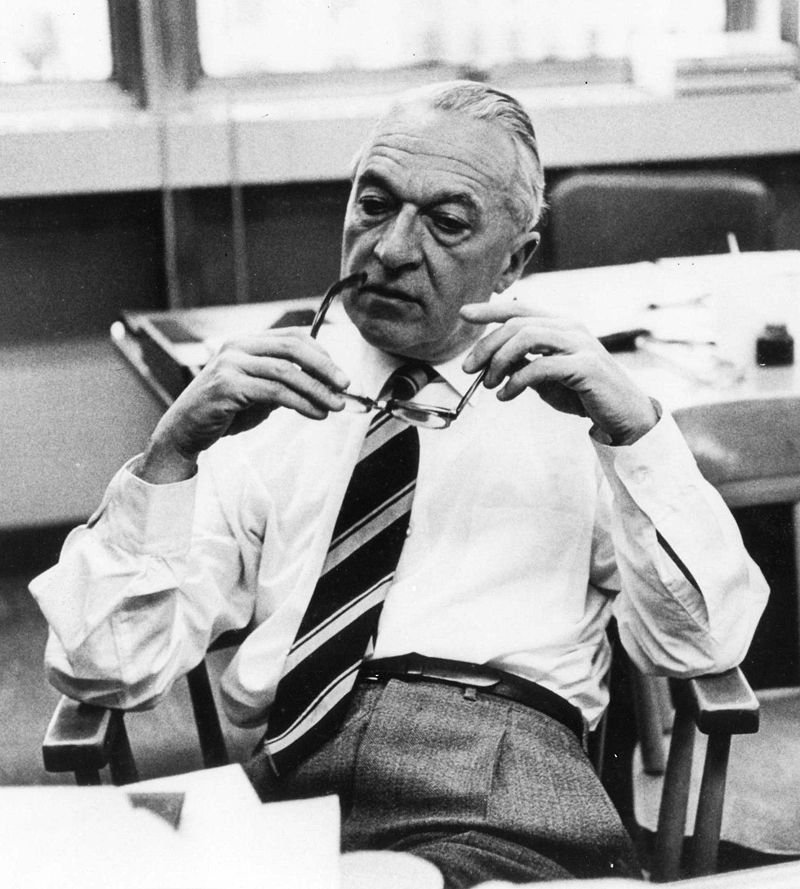 On April 13, 1905, Italian experimental physicist Bruno Benedetto Rossi was born. Rossi made major contributions to particle physics and the study of cosmic rays. He was one of the first to use rockets to study cosmic rays above the Earth‘s atmosphere. Finding X-rays from space he became the grandfather of high energy astrophysics, being largely responsible for starting X-ray astronomy, as well as the study of interplanetary plasma.

“In any case, whenever technical progress opened a new window into the surrounding world, I felt the urge to look through this window, hoping to see something unexpected.”
– Bruno Benedetto Rossi

Rossi was born to a Jewish family in Venice, Italy, as the eldest of three sons of Rino Rossi, an electrical engineer, who participated in the electrification of Venice, and Lina Minerbi. Rossi was tutored at home until the age of fourteen, after which he attended the Ginnasio and the Liceo in Venice. Then, he began his university studies at the University of Padua and received a Laurea in Physics in 1927 from the University of Bologna. In 1928, Rossi began his career at the University of Florence, as assistant to Antonio Garbasso, who founded the University’s Physics Institute in 1920.

In search of pioneering research, Rossi turned his attention to cosmic rays, which had been discovered by Victor Hess in manned balloon flights in 1911 and 1912.[2] He had read the paper of Walter Bothe and Walter Kohlhörster, who reported the discovery of charged particles that penetrated 4.1 cm of gold, at a time when the most penetrating charged particles known were beta-decay electrons, which could be stopped by less than a millimeter of gold. The penetrating particles were clearly related to the “Höhenstrahlung” discovered by Victor Hess.[3,4] During the 1920s Robert Millikan had made extensive measurements of the ionization produced by the mysterious radiation, which he renamed “cosmic rays.” He proposed that they were photons created as the “birth cries” of the elements formed by the fusion of hydrogen atoms in interstellar space.[3,5] However, Bothe and Kohlhörster’s analysis led them to conclude that the primary radiation itself must also be charged particles, for which independent evidence had been obtained in 1927 by Jacob Clay, who measured a small variation in the rate of ionization produced by cosmic rays with a change in geographic latitude.

After reading the Bothe and Kohlhörster paper, Rossi invented and published in Nature the design of an electronic coincidence circuit, which was a fundamental electronic device for studying high-energy nuclear physics and a basic building block of modern computers.[1] Its adaptability to the detection of coincidences among any number of pulses enabled the detection and identification of rare events that produce coincident pulses in several counters in the midst of high rates of background pulses in each counter.[3] By the spring of 1930, Rossi had fabricated Geiger-Müller counters and had carried out several coincidence experiments. He sent his results to Bothe, who invited him to visit his Berlin laboratory, where he carried out an improved version of the Bothe and Kohlhörster experiment, detecting cosmic-ray particles that traversed 9.7 cm of lead. A plot of the triple coincidences as a function of the amount of the lead above the counters against the lead’s thickness, which came to be known as the Rossi curve, showed a rapid rise as the lead layer was increased, followed by a slow decline.

These experiments showed that ground-level cosmic rays consist of two components: a “soft” component which is capable of prolific generation of multiple particle events, and a “hard” component which is capable of traversing great thicknesses of lead. At Fermi’s invitation, Rossi delivered the introductory talk the Rome international conference on nuclear physics in 1931. Before an audience that included Millikan and Arthur Compton, Rossi outlined his reasons for doubting Millikan’s theory. Millikan definitely was not pleased by the presentation of evidence that most observed cosmic rays are energetic charged particles. 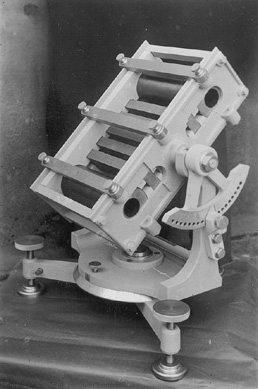 Cosmic ray telescope used by Bruno Rossi during his expedition to Eritrea in 1933.

In 1932, Rossi was appointed professor of experimental physics at the University of Padua. In 1933, Rossi was able to complete an experiment on the East-West effect. Because this effect is more prominent near the equator, he organized an expedition to Asmara in Eritrea. With Sergio De Bennedetti, he set up a “cosmic ray telescope”, which consisted of two separated Geiger Müller counters in coincidence, whose axis of maximum sensitivity could be pointed in any direction. It soon became apparent that cosmic ray intensity from the West was significantly larger than that from the East. This meant that there was a larger influx of positive primary particles than of negative ones. At the time, this result was surprising, because most investigators held the preconceived notion that the primaries would be negative electrons.

Also in Eritrea, Rossi discovered another phenomenon: extensive cosmic ray air showers. The discovery occurred during tests to determine the rate of accidental coincidences between the Geiger counters of his detector. To assure that no single particle could trigger the counters he spread them out in a horizontal plane. In this configuration, the frequency of coincidences was greater than that calculated on the basis of the individual rates and the resolving time of the coincidence circuit.

Because both Rossi and his wife Nora were Jewish, they became apprehensive as Italy’s antisemitism grew under the influence of Nazi Germany, and left Italy in September 1938 for Copenhagen, where the Danish physicist, Niels Bohr, had invited him to study.[6] Soon after, Rossi received an invitation to come to the University of Manchester, where Rossi spent a brief but very productive time. By invitation of Compton, Rossi left Europe and went to the University of Chicago to work as a research associate. The following year he was appointed an associate professor at Cornell University. At Cornell, Rossi met his first American graduate student, Kenneth Greisen, with whom he wrote an article, “Cosmic-Ray Theory“, which was published in the Reviews of Modern Physics and became known among cosmic-ray researchers as “The Bible”.

In 1942, while commuting from Ithaca to Cambridge, Massachusetts, he became a consultant on radar development at the Radiation Laboratory of the Massachusetts Institute of Technology. Here, along with Greisen, he invented a “range tracking circuit”, which was patented after the war. He left Cornell in 1943 to work at Los Alamos, where the laboratory’s director, Robert Oppenheimer, asked Rossi to form a group to develop diagnostic instruments needed to create the atomic bomb. Bomb development called for large detectors of ionizing radiation, whose response is proportional to the energy released in the detector and follows rapid changes in radiation intensity.

After the war, within the new MIT Laboratory for Nuclear Science, Rossi was delegated to create a cosmic ray research group. In 1958 he focused attention on the direct measurements of ionized interplanetary gas using space probes. In 1961 he and his associates constructed a detector that was put on the Explorer X satellite. It discovered the magnetopause, the space boundary beyond which Earth’s magnetic field loses its dominance. In 1963 he also started an exploratory search for cosmic x-rays that resulted in the discovery of the strong Scorpio X-ray source. It was the first known source to be observed outside the solar system. This discovery launched the introduction of X-ray astronomy that serves as a principal tool for astrophysics research. In 1966 he received the rank of Institute Professor that was reserved for scholars of special distinction.[1]

Rossi retired from MIT in 1970. From 1974 to 1980 he taught at the University of Palermo. Among many other prizes, in 1987 he was awarded the Wolf Prize in Physics for his role in the development of X-ray astronomy. Bruno Rossi died from a cardiac arrest at his home in Cambridge on 21 November 1993 at age 88.