You are here: Home › physics › Niels Bohr and the Origins of Quantum Mechanics 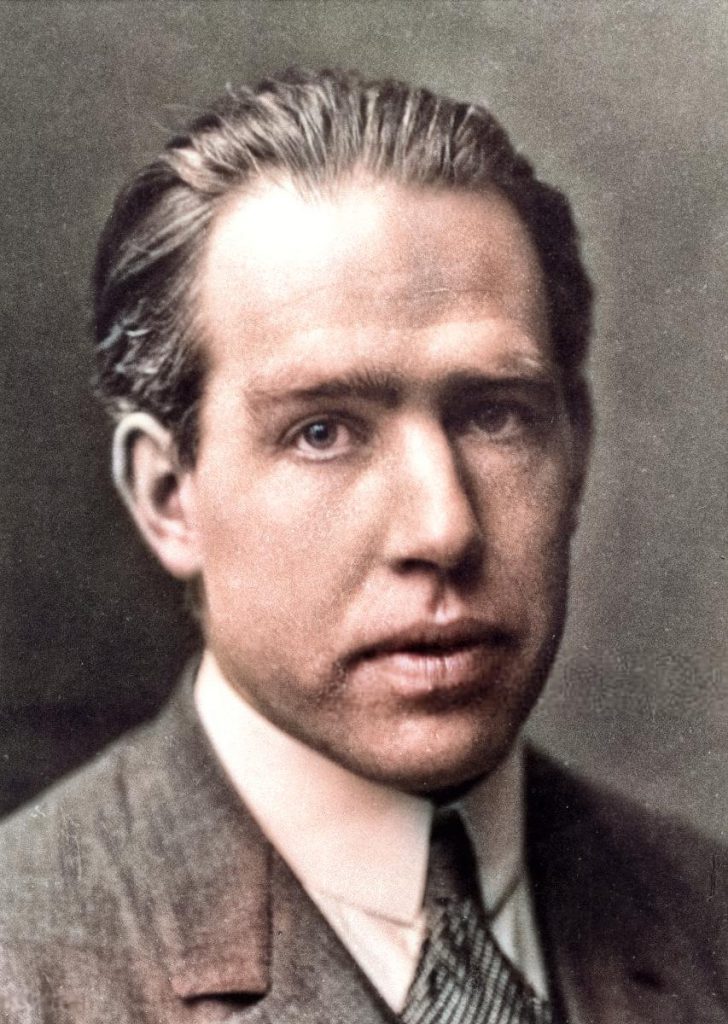 On October 7, 1885, Danish physicist and Nobel Laureate Niels Bohr was born. Bohr made foundational contributions to understanding atomic structure and quantum mechanics, for which he received the Nobel Prize in Physics in 1922.

“Physics is to be regarded not so much as the study of something a priori given, but rather as the development of methods of ordering and surveying human experience. In this respect our task must be to account for such experience in a manner independent of individual subjective judgement and therefore objective in the sense that it can be unambiguously communicated in ordinary human language”. – Niels Bohr (1960)

Niels Bohr grew up in a home full of academics. Only his brother became a professional football player and also Bohr played this sport passionately. After school, he enrolled at Copenhagen University majoring in physics. Other subjects Bohr’s were mathematics, astronomy and even philosophy in which he mostly excelled. Royal Danish Academy of Sciences and Letters once set up a student contest for innovative methods measuring the surface tension of liquids. Bohr became a glass blower to build adequate instruments for his experiments and he won the competition. Still, he was always behind in the competition with his younger brother Harald, who earned his masters degree as well as his doctorate before Niels did.

In the 1910s, Niels Bohr traveled around to meet scientists and show them his achieved work. At Cambridge he experimented with cathode rays, but could not impress J. J. Thomson. When continuing to the Victoria University of Manchester, Bohr got to know Ernest Rutherford. Rutherford enjoyed Bohr’s works and invited him for post-doctoral studies before starting a position as privatdocent at the University of Copenhagen. He managed to publish several scientific works there. Influenced from Rutherford’s model of nuclear structures, Bohr combined them with the quantum theories of Max Planck. The result was the Bohr atom model, which introduced the idea of electrons traveling in orbits around the atom’s nucleus. Further theories were applied here and became known as the foundations of the old quantum theory (as it is called on this day). Bohr’s research results met mixed feelings. Ernest Rutherford [9] and Albert Einstein [8] however thought of it as a gigantic breakthrough in physics. 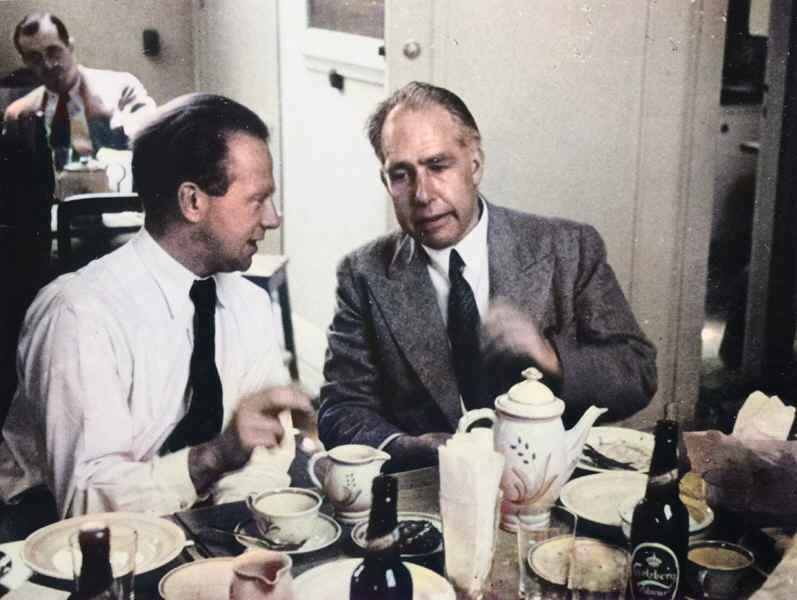 Werner Heisenberg and Niels Bohr at the Copenhagen Conference in 1934

In 1917, the young scientist Bohr started planning an Institute of Theoretical Physics, for which he received mostly support from private and governmental organisations. In 1921, Bohr became its director and today it is known as the Niels Bohr Institute. As Bohr continued his studies on his atom model, he was awarded the Nobel Prize in physics in 1922 for his works in quantum mechanics. Werner Heisenberg started working for Niels Bohr at the University of Copenhagen in 1926 and developed the mathematic foundations for quantum mechanics there.[7] In the following year, Heisenberg developed his uncertainty principle, which Bohr used for improvements of his own theories and ideas. Through the years, Bohr and Albert Einstein had lively but good-natured discussions on various aspects, such as the determinism of classical physics. Einstein preferred this term over quantum mechanics and detailed philosophical discussions evolved.

In the following years Bohr continued to concentrate on quantum mechanics while his atomic model helped the pioneers of nuclear research to understand the elementary properties of the chemical elements. The model offered explanations for the valences, the metal and non-metallic character of the materials and for the ion properties. He himself tried to explain the reactions of the atomic nuclei caused by the bombardment with particles and introduced the term “compound nucleus” for this purpose. In 1936, he developed two new core models, which he called sandbag and droplet models. Together with John Archibald Wheeler, he developed the possibility of generating energy after Otto Hahn and Friedrich Wilhelm Straßmann carried out the first nuclear fission.

During the German occupation of Denmark, Niels Bohr became involved in the Danish resistance. In 1943 he fled with his family to Sweden, supported by the British and Danish secret services. There he successfully asked the King of Sweden and the Foreign Minister for asylum for his Jewish compatriots. Then he travelled under the code name Nicholas Baker to the USA, where he carried out important theoretical preparatory work for the construction of the US nuclear bomb in Los Alamos. After the Second World War, Bohr was an integral part of the discussions on possible European cooperation to create a nuclear physics laboratory. Although he initially disagreed with Pierre Auger about the location of the future CERN (Conseil européen pour la recherche nucléaire), he attended the 1952 UNESCO meeting, which officially named the Council of Representatives of European States for Planning an International Laboratory and Organizing other Forms of Co-operation in Nuclear Research CERN.

“We must be clear that when it comes to atoms, language can be used only as in poetry. The poet, too, is not nearly so concerned with describing facts as with creating images and establishing mental connections.”
– Niels Bohr, In his first meeting with Werner Heisenberg in early summer 1920, in response to questions on the nature of language, as reported in Discussions about Language (1933); quoted in [13]

After the war Bohr returned to Denmark and continued his research on atomic energy at his old position. At the same time, however, he warned against its improper use, especially in an open letter to the United Nations in 1950, and therefore won the 1957 Atoms for Peace Award. Niels Bohr died in Copenhagen on November 18, 1962 at age 77.