You are here: Home › physics › Robert Millikan and the Millikan experiment 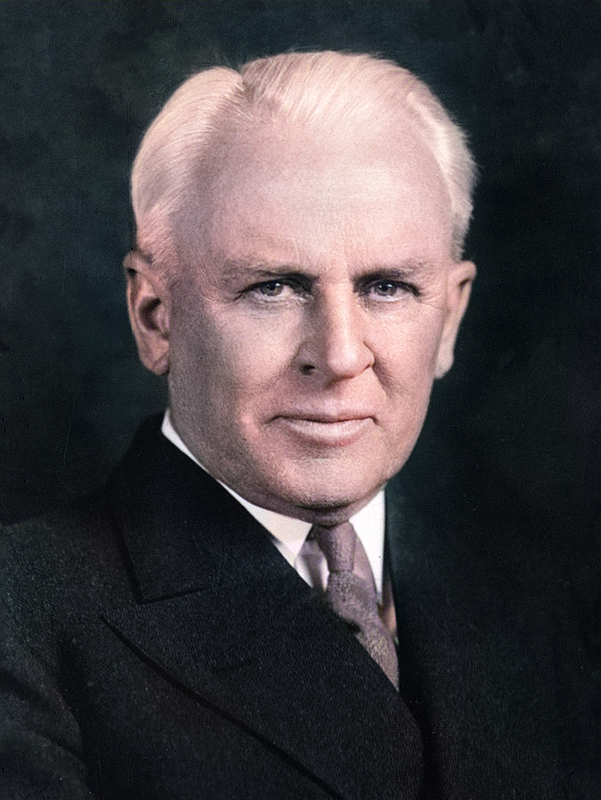 On December 19, 1953, US-American physicist and Nobel laureate Robert Andrews Millikan passed away. Millikan was honored with the Nobel Prize for Physics in 1923 for his measurement of the elementary electronic charge and for his work on the photoelectric effect. Millikan‘s famous oil-drop experiment (1911) was far superior to previous determinations of the charge of an electron, and further showed that the electron was a fundamental, discrete particle. In later work, Millikan coined the term “cosmic rays” in 1925 during his study of the radiation from outer space.

“Fullness of knowledge always means some understanding of the depths of our ignorance; and that is always conducive to humility and reverence.”
— Robert Andrews Millikan, [11]

Robert Andrews Millikan was born in Morrison, Illinois, as the second son of the Reverend Silas Franklin Millikan and Mary Jane Andrews. Millikan went to high school in Maquoketa, Iowa. After working for a short time as a court reporter, he entered Oberlin College (Ohio) in 1886.[1] Millikan received a bachelor’s degree in the classics from Oberlin College in 1891 and for two years he took a teaching post in elementary physics. In 1893, after obtaining his mastership in physics, he was appointed Fellow in Physics at Columbia University. He afterwards received his Ph.D. from Columbia University in 1895 with a thesis “On the polarization of light emitted from the surfaces of incandescent solids and liquids“.[1,4] On the instigation of his professors, Millikan spent a year (1895-1896) in Germany, at the Universities of Berlin and Göttingen. He returned at the invitation of A. A. Michelson, to become assistant at the newly established Ryerson Laboratory at the University of Chicago in 1896. Here he investigated the radioactivity of uranium and the electric discharges in gases.[10]

Starting in 1908, while a professor at the University of Chicago, Millikan worked on an oil-drop experiment in which he measured the charge on a single electron. J. J. Thomson had already discovered the charge-to-mass ratio of the electron.[5] However, the actual charge and mass values were unknown. Therefore, if one of these two values were to be discovered, the other could easily be calculated. Millikan and his then graduate student Harvey Fletcher used the oil-drop experiment to measure the charge of the electron as well as the electron mass, and Avogadro’s number, since their relation to the electron charge was known.

First he used the droplet method for his experiments, which was common at that time, later the oil droplet method, which was better suited for the determination of the elementary charge, because oil droplets proved to be much more stable compared to water droplets. With these measurements he succeeded in determining the unit of the smallest electric charge, which he called “e”. In 1910 he published his first work on 38 charge measurements on single droplets, which met with great interest and criticism. In order to refute these objections, three years later he published a second paper on the experimental determination of the electric elementary charge e, the results of which, however, were again doubted. In 1913 he became the first winner of the Comstock Prize for Physics. He was elected to the American Academy of Arts and Sciences and the American Philosophical Society in 1914 and to the National Academy of Sciences in 1915.

Millikan took sole credit, in return for Harvey Fletcher claiming full authorship on a related result for his dissertation. Millikan went on to win the 1923 Nobel Prize for Physics, in part for this work, and Fletcher kept the agreement a secret until his death. After a publication on his first results in 1910, contradictory observations by Felix Ehrenhaft started a controversy between the two physicists. After improving his setup, Millikan published his seminal study in 1913. Next, he verified experimentally Einstein’s all-important photoelectric equation, and made the first direct photoelectric determination of Planck‘s constant h (1912-1915). In addition his studies of the Brownian movements in gases put an end to all opposition to the atomic and kinetic theories of matter.[1]

In 1921 Millikan left the University of Chicago to become director of the Norman Bridge Laboratory of Physics at the California Institute of Technology (Caltech) in Pasadena. There he undertook a major study of the radiation that the physicist Victor Hess had detected coming from outer space.[6] Millikan proved that this radiation is indeed of extraterrestrial origin, and he named it “cosmic rays.” As chairman of the executive council of Caltech from 1921 until his retirement in 1945, Millikan turned that school into one of the leading research institutions in the United States.[2] In the 1930s he entered into a debate with Arthur Compton over whether cosmic rays were composed of high-energy photons (Millikan’s view) or charged particles (Compton’s view).[7] Millikan thought his cosmic ray photons were the “birth cries” of new atoms continually being created to counteract entropy and prevent the heat death of the universe. Compton would eventually be proven right by the observation that cosmic rays are deflected by the Earth’s magnetic field (and so must be charged particles).

Millikan’s enthusiasm for education continued throughout his career, and he was the coauthor of a popular and influential series of introductory textbooks, which were ahead of their time in many ways. Compared to other books of the time, they treated the subject more in the way in which it was thought about by physicists. They also included many homework problems that asked conceptual questions, rather than simply requiring the student to plug numbers into a formula.

“The purpose of science is to develop, without prejudice or preconception of any kind, a knowledge of the facts, the laws, and the processes of nature. The even more important task of religion, on the other hand, is to develop the consciences, the ideals, and the aspirations of mankind.”
— Robert Andrews Millikan [12]

Robert Millikan died in San Marino, California in 1953 at age 85. After Millikan’s death, accusations of scientific misconduct were made. In 1978, science historian Gerald Holton discovered that Millikan had glossed over the results of his experiments to determine the elementary charge of electrons. He had not published 28 successive measurements, as was expressly emphasized in his 1913 work, but had selected from all the measurement data those which met his expectations, while the others were not mentioned. This procedure enabled him to refute the accusations of his sharpest critic, the Austrian physicist Felix Ehrenhaft, who carried out similar measurements but obtained very strongly scattering values. All attempts of Ehrenhaft to repeat the precise measurements carried out by Millikan failed, which led to Ehrenhaft turning away from this field of research.

At yovisto academic video search you can learn more about the work of Robert Millikan and esp. about his famous oil-drop experiment for measuring the electron charge in the lecture of Prof. Donald Sadoway from MIT.