You are here: Home › aviation › Arthur Whitten Brown and the First Transatlantic Flight 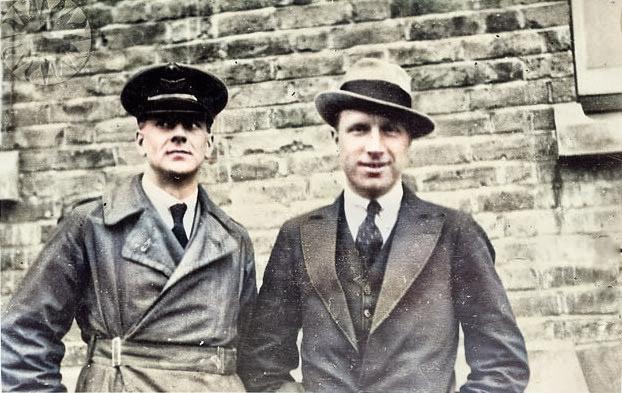 Youth and World War I

Arthur Whitten Brown was born in Glasgow, Scotland in 1886 to American parents, and shortly afterwards the family moved to Manchester. Known to his family and friends as “Teddie”, he began his career in engineering before the outbreak of the First World War. First, Arthur Whitten Brown was apprenticed with British Westinghouse in Manchester. He enlisted in the ranks of the University and Public Schools Brigade in 1914. He sought a commission to become a Second Lieutenant in the third Battalion of the Manchester Regiment. Arthur Brown served in France and became second to 2 Squadron Royal Flying Corps as an observer.

Shot down and Captivity

In France, Arthur Whitten Brown’s aircraft was shot down by an anti-aircraft fire over Vendin-le-Vieil while he was on artillery observation duties. After being sent back to England, Brown returned to France only to be shot down again. This time he was on a reconnaissance flight. Brown and his pilot were captured by the Germans and intered in Switzerland. He was repatriated in September 1917.

“ the aviator who shall first cross the Atlantic in an aeroplane in flight from any point in the United States of America, Canada or Newfoundland to any point in Great Britain or Ireland in 72 continuous hours.” [7]

The competition was suspended with the outbreak of war in 1914 but reopened after Armistice was declared in 1918. Brown continued to work with Major Kennedy RAF in the Ministry of Munitions. After the war he sought various appointments that would give him the security to allow him to marry. One of the firms he approached was Vickers, a consequence of which was that he was asked if he would be the navigator for the proposed transatlantic flight, partnering John Alcock, who had already been chosen as pilot. 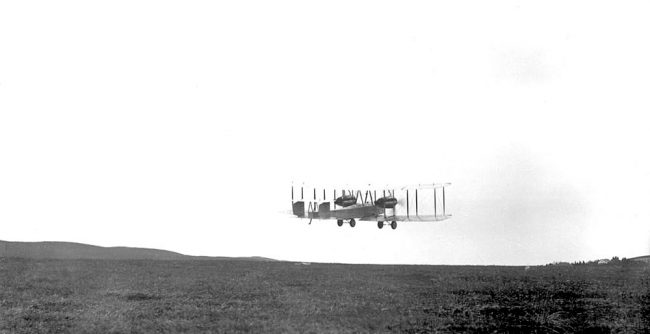 The Vickers Vimy of Alcock and Brown in St. John’s, Newfoundland on 14 June 1919

From Newfoundland to Ireland

The transatlantic non-stop flight from west to east took off from St. John’s in Canadian Newfoundland on 14 June 1919 at 13:45 h local time. The landing took place after 15 hours and 57 minutes flight time and covered 1,980 nautical miles (approximately 3,670 km) near Clifden in Ireland. The flight was performed with a Vickers Vimy bomber specially converted for the flight, which had been developed as a long-range bomber in the First World War. During the flight Brown had to leave the plane and free one of the two engines from the ice. Alcock and Brown won a £10,000 prize for the first non-stop flight across the Atlantic, suspended by the London newspaper Daily Mail. On landing, the selected green meadow proved to be part of the dangerous Derrygimlagh Moor, so that the wheels sank into the swamp and the machine stood on its nose. Alcock and Brown were unhurt. Engine development was supplied by Harry Ricardo, the optimized aviation gasoline for the Royal Dutch Shell Company by Robert Waley Cohen. 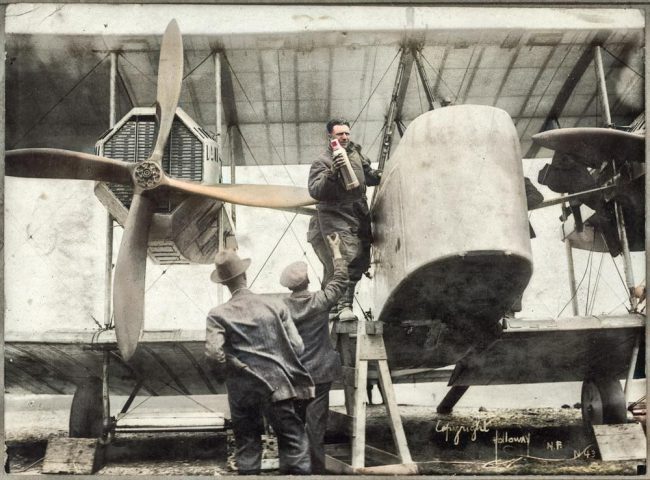 Further, Brown and Alcock were honoured with a reception at Windsor Castle during which King George V knighted them and invested them with their insignia as Knight Commanders of the Order of the British Empire. Only a few days later, the German airship R34 crossed the Atlantic non-stop in both directions.  The ship started on July 2, 1919 under the command of Major George Herbert Scott of East Fortune in East Lothian/Scotland for the first non-stop Atlantic crossing of a rigid airship and reached Mineola/New York (Long Island) on July 6, 1919. 108 hours and 12 minutes, at that time a fraction of a sea voyage on this route. When the ship arrived, it only had fuel for another 30 minutes. An officer parachuted down from 600 m  and coordinated the landing on the ground. He was the first person whose foot touched the ground after a non-stop east-west Atlantic crossing in the air. The return trip to Norfolk in England began on July 9, 1919 and took only 75 hours and 3 minutes due to the wind conditions. There were 33 people on board, including a stowaway.

Later he worked for Metropolitan-Vickers (MetroVick), the company that was formerly British Westinghouse. In 1923, he was appointed General Agent of Metropolitan-Vickers in the Swansea region. During World War II, Brown served as a lieutenant colonel in the National Guard before resigning in July 1941, joining the RAF and working in the RAF Training Command as a pilot navigator. His health deteriorated and in mid-1943 he had to resign from the RAFVR and renounce his obligations to the Air Training Corps on medical advice. Brown died in his sleep on 4 October 1948 from an accidental overdose of Veronal, a sleeping pill, aged 62.