You are here: Home › mathematics › Alexis Claude Clairaut and the True Figure of the Earth 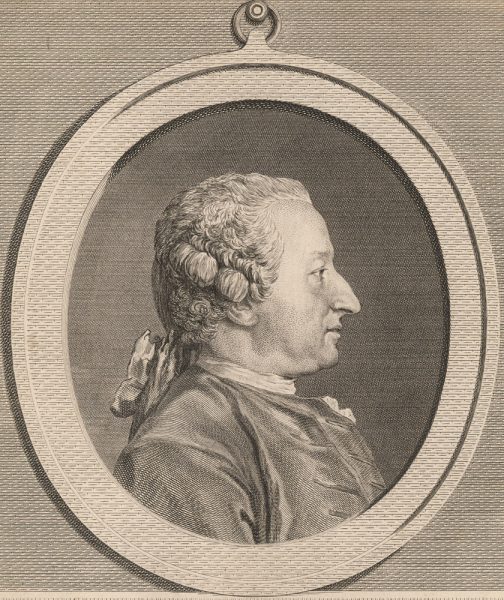 On May 13, 1713, French mathematician, astronomer, and geophysicist Alexis Claude Clairaut was born. Clairaut was one of the key figures in the expedition to Lapland that helped to confirm Newton’s theory for the figure of the Earth.[3] In that context, Clairaut worked out a mathematical result now known as “Clairaut’s theorem“. He also tackled the gravitational three-body problem, being the first to obtain a satisfactory result for the apsidal precession of the Moon’s orbit.

Alexis Clairaut was born in Paris, France, to Jean-Babtiste Clairaut, who taught mathematics in Paris and was elected to the Berlin Academy, and his wife Catherine Petit. The couple had 20 children, however only a few of them survived childbirth. Jean-Baptiste Clairaut educated his son at home and set unbelievably high standards, using Euclid’s Elements while learning to read.[5]  However, Alexis was a child prodigy – by the age of nine he had mastered the excellent mathematics textbook of Guisnée, which provided a good introduction to the differential and integral calculus as well as analytical geometry. He went on to study de L’Hôpital‘s books, in particular his famous text Analyse des infiniment petits pour l’intelligence des lignes courbes.

A Memoir on Geometrical Curves

At the age of twelve Alexis wrote a memoir on four geometrical curves and under his father’s tutelage he made such rapid progress in the subject that in his thirteenth year he read before the Académie française an account of the properties of four curves which he had discovered. When only sixteen he finished a treatise on tortuous curves, Recherches sur les courbes a double courbure, which procured his admission into the French Academy of Sciences in 1729, but the king did not confirm his election until 1731. In July 1731 Clairaut became the youngest person ever elected to the Paris Academy of Sciences, at which time he was still only eighteen.[1]

In the Academy, Clairaut became interested in geodesy through Cassini’s work on the measurement of the meridian. He allied himself with Pierre Louis Maupertuis, who became a close friend, and the small but youthful and pugnacious group supporting Newton.[2] In 1736, together with Maupertuis, he took part in the expedition to Lapland, which was undertaken for the purpose of estimating a degree of the meridian arc. Maupertuis was director of the expedition, which included Le Monnier, Camus, the Abbé Outhier, and Celsius.[2] The goal of the excursion was to geometrically calculate the shape of the Earth, which Issac Newton theorized in his book Principia was an ellipsoid shape. They sought to prove if Newton’s theory and calculations were correct or not. Before the expedition team returned to Paris, Clairaut sent his calculations to the Royal Society of London.

Initially, Alexis Claude Clairaut disagrees with Newton’s theory on the shape of the Earth. He outlined several key problems, as e.g. calculating gravitational attraction, the rotation of an ellipsoid on its axis, and the difference in density of an ellipsoid on its axes, that effectively disprove Newton’s calculations, and provided some solutions to the complications. He wrote:

“It appears even Sir Isaac Newton was of the opinion, that it was necessary the Earth should be more dense toward the center, in order to be so much the flatter at the poles: and that it followed from this greater flatness, that gravity increased so much the more from the equator towards the Pole.”[4]

This conclusion suggests not only that the Earth is of an oblate ellipsoid shape, but it is flattened more at the poles and is wider at the center. With his conclusion, he created much controversy, as he addressed the problems of Newton’s theory, but provided few solutions to how to fix the calculations. After his return, he published his treatise Théorie de la figure de la terre (1743), in which he promulgated the theorem, known as Clairaut’s theorem, which connects the gravity at points on the surface of a rotating ellipsoid with the compression and the centrifugal force at the equator. Under the assumption that the Earth was composed of concentric ellipsoidal shells of uniform density, Clairaut’s theorem could be applied to it, and allowed the ellipticity of the Earth to be calculated from surface measurements of gravity. This proved Sir Issac Newton’s theory that the shape of the Earth was an oblate ellipsoid. After his work on Théorie de la figure de la Terre Clairaut began to work on the three-body problem in 1745, in particular on the problem of the moon’s orbit. The first conclusions that he drew from his work was that Newton’s theory of gravity was incorrect and that the inverse square law did not hold. In this Clairaut had the support of Euler.[1,6]

Vivacious by nature, attractive, of average height but well built, Alexis Claude Clairaut was successful in society and, it appears, with women.[2] However, he remained unmarried. He was elected a Fellow of the Royal Society of London (1737) as well as the académies of Berlin, St. Petersburg, Bologna, and Uppsala. In 1743 Clairaut read before the Academy a Paper entitled “L’orbite de la lune dans le systeme de M. Newton,” Newton was not fully aware of the movement of the moon’s apogee, and therefore the problem had to be reexamined in greater detail. However, Clairaut – and d’Alembert, and Euler, who were also working on this question – found only half of the observed movement in their calculations.[7] It was then that Clairaut suggested completing Newton’s law of attraction by adding a term inversely proportional to the fourth power of the distance.[2]

Clairaut guided the Marquise du Châtelet in her studies, especially in her translation of Newton’s Principia and in preparing the accompanying explanations, a project which began before 1745 and continued until part of the book was published in 1756.[1,3,4] This translation of the Principia is elegant and, on the whole, very faithful to the original. It is, furthermore, most valuable because of its second volume, in which an abridged explanation of the system of the world is found. It illustrates, summarizes, and completes, on certain points, the results found in the Principia.[2] As a result of the experiments of Dortous de Mairan, Clairaut proved in 1735 that slight pendulum oscillations remain isochronous, even if they do not occur in the same plane.[2]