You are here: Home › art › Thomas Gainsborough and the British Landscape School 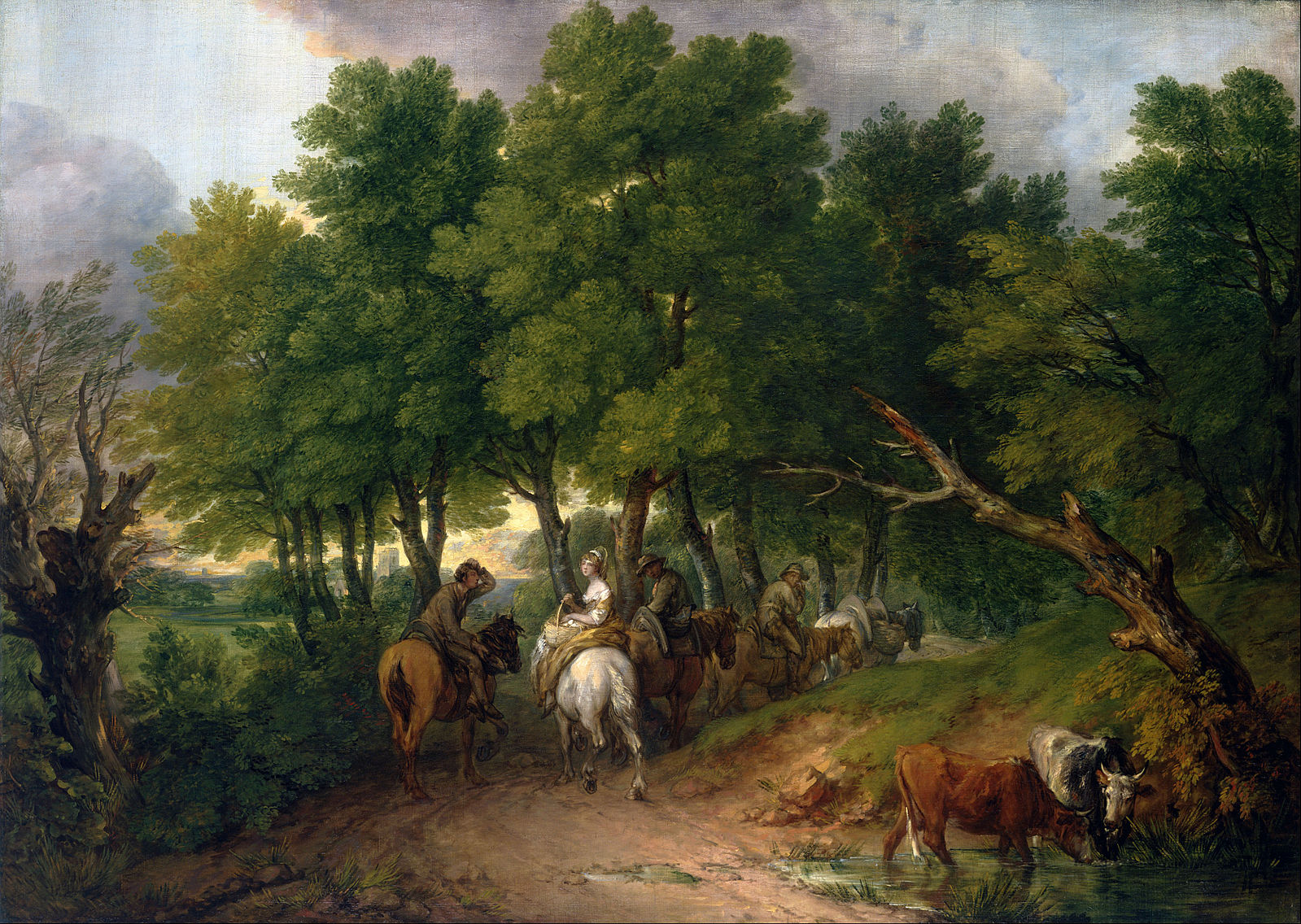 On May 14, 1727, English portrait and landscape painter, draughtsman, and printmaker Thomas Gainsborough was baptized. Gainsborough became the dominant British portraitist of the second half of the 18th century. He painted quickly, and the works of his maturity are characterized by a light palette and easy strokes. He preferred landscapes to portraits, and is credited as one of the originator of the 18th-century British landscape school. 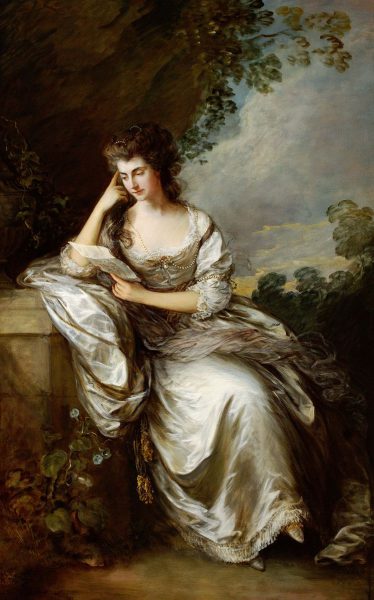 Thomas Gainsborough was born in Sudbury, Suffolk, UK, as the fifth son of the cloth merchant John Gainsborough. He probably began painting smaller landscapes and heads when he was about 10 years old. Gainsborough moved to London in 1740, where he studied art and was trained by the engraver Hubert Gravelot. During that period, Gainsborough was further influenced by the school of William Hogarth and he assisted Francis Hayman in the decoration of the supper boxes at Vauxhall Gardens. Gainsborough and his family moved to Bath in 1759. There, he sent his works to the Society of Arts exhibition in London and starting from 1769, he submitted works to the Royal Academy’s annual exhibitions. Even though these exhibitions helped him acquire a national reputation, Gainsborough’s relationship with the academy was not easy.

Back in London, Thomas Gainsborough exhibited his paintings at the Royal Academy, including portraits of contemporary celebrities, such as the Duke and Duchess of Cumberland. Probably during the 1770s, Gainsborough started to experiment with printmaking using the then-novel techniques of aquatint and soft-ground etching. Later on, his pictures were characterized by a light palette and easy strokes.

Integrating the Individual into the Landscape

Back then, Gainsborough also started to develop portraits in which the individual was integrated into a landscape. For instance, Frances Browne, Mrs John Douglas is one of Gainsborough’s best known examples of these kind of pictures. In it, the sitter has withdrawn to a secluded and overgrown corner of a garden to read a letter, her pose recalling the traditional representation of Melancholy. Gainsborough emphasized the relationship between Mrs Douglas and her environment by painting the clouds behind her and the drapery billowing across her lap with similar silvery mauves and fluid brushstrokes.

Gainsborough’s influence increased during the 1780s when he received several royal commissions, e.g. painting portraits of King George III. During his later years, Gainsborough painted mostly landscapes and he became known for using the so called ‘Showbox‘ device in order to compose landscapes and display them backlit on glass. Early on, the artist turned against strict academicism and tried to translate in his painting the idealization of motifs propagated at the time into a more subtle way of pictorial representation. For Gainsborough, this could only be achieved through sensitivity, i.e. the viewer was not only supposed to grasp a picture with his or her knowledge of the ideal motifs depicted, as was often the case at the time, but to enter the picture with personal empathy. This sensitivity is particularly evident in his depictions of poor people against an idyllic rural background, as in his famous Cottage Girl with Dog and Pitcher (1785, Dublin, National Gallery of Ireland) or in his depiction of a girl with pigs (ca. 1781-82).

I am sick of Portraits…

However, Gainsborough’s relationship with the Royal Academy, which favoured old continental painting traditions, remained divided, as his sensualist painting style favoured colour over academic drawing. In 1774 Gainsborough finally moved to London, where he established himself as a portraitist and even received numerous commissions from the English royal house, but was also in constant competition with Academy President Reynolds, because he preferred to paint sensitive “fancy pictures” against a rural background rather than history pictures on a “grand scale”. In his portraits it is striking that Gainsborough preferred the delicate and casual to an artificial, stone representation, which is why he did not have his figures posed in the studio, but in the open air against a landscape background. It is believed that Gainsborough’s enthusiasm for landscapes is shown in the way he merged figures of the portraits with the scenes behind them. He further once said, “I’m sick of portraits, and wish very much to take my viol-da-gam and walk off to some sweet village, where I can paint landskips (sic) and enjoy the fag end of life in quietness and ease”. Often, Gainsborough’s landscapes were painted at candlelight, using a tabletop arrangement of stones, pieces of mirrors, broccoli, and the like as a model.