You are here: Home › chemistry › William Francis Giauque and the Absolute Zero 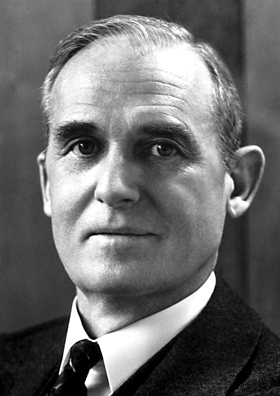 On May 12, 1895, American chemist and Nobel laureate William Francis Giauque was born. Giauque received the Nobel Prize for Chemistry in 1949 for his “achievements in the field of chemical thermodynamics and especially his work on the behavior of matter at very low temperatures and his closely allied studies of entropy.”

William Francis Giauque attended the Niagara Falls Collegiate Institute and after graduating he decided to pursue a career working for power plants at Niagara Falls. At Hooker Electro-Chemical Company, Giauque started out and he quickly made the decision to become a chemical engineer. Giauque later continued his education at the College of Chemistry of the University of California, Berkeley. There, Giauque earned his bachelor’s degree in 1920. Two years later, Giauque received his doctorate degree in chemistry with a minor in physics with a thesis on The third law of thermodynamics; evidence from the specific heats of glycerol that the entropy of a glass exceeds that of a crystal at the absolute zero. Although he began university study with an interest in becoming an engineer, he soon developed an interest in research under the influence of Professor Gilbert N. Lewis. Due to his outstanding performance as a student, he became an Instructor of Chemistry at Berkeley in 1922 and after passing through various grades of professorship, he became a full Professor of Chemistry in 1934.

The Third Law of Thermodynamics

Already during his time as Ph.D. student, Giauque became interested in the third law of thermodynamics. This main theorem was proposed by Walther Nernst in 1906 [5] and is also known as the Nernst theorem. It is of a quantum-theoretical nature and states that tt is impossible to cool a system to absolute zero. Giauque performed experimental studies under the supervision of Professor George Ernest Gibson and compared the relative entropies of glycerine crystals and glass. The principal objective of his researches was to demonstrate through range of appropriate tests that the third law of thermodynamics is a basic natural law. In 1926, he proposed a method for observing temperatures below one Kelvin (1 K is −457.87 °F or −272.15 °C). It was during this period that he achieved his most important achievement in the field of the method of adiabatic state change for the demagnetisation of materials and substances with which he was able to reach temperatures close to zero and for which he was awarded the Nobel Prize in 1949.

William Francis Giauque further developed a magnetic refrigeration device, getting closer to absolute zero than many scientists had thought possible. This work by Giauque caused a variety of improvements including stronger steel and better gasoline. The scientist further provided entropy determinations from low temperature measurements, particularly on condensed gases. The entropies and other thermodynamic properties of many gases were also determined for instance from quantum statistics and molecular energy levels available from band spectra. Giauque’s research of the entropy of oxygen along with Dr. Herrick L. Johnston resulted in the discovery of oxygen isotopes 17 and 18 in the Earth’s atmosphere. It further demonstrated that back then, physicists and chemists had been using different scales of atomic weight for years without noticing.