You are here: Home › medical science › Werner Forssmann and the dangerous Self Experiment of Cardiac Catheterization 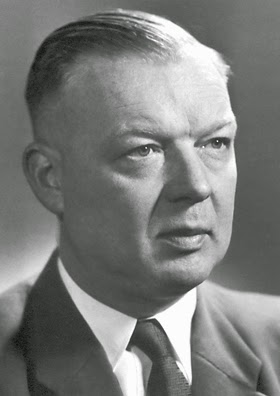 On August 29, 1904, German surgeon and Nobel Laureate Werner Forssmann was born. He is best known for the development of cardiac catheterization, which was developed by him in a dangerous self experiment.

Werner Forssmann was born in Berlin as the only child of the lawyer Julius Forßmann and his wife Emmy, née Hindenberg. His father’s family originally came from Finland, his mother’s family was Prussian. His father, commanded to the Eastern front as a soldier in World War I in 1914, fell in 1916 in Swistelniki, Galicia. Forssmann then grew up with his mother and his grandmother Helene Hindenberg, who raised him according to Prussian ideals. Forssmann was admitted to the School of Medicine at Friedrich-Wilhelms University where he studied the experiments performed by Claude Bernard, Auguste Chaveau, and and Etienne-Jules Marey.[8] Also, Forssmann devoted his time to measuring and recording the blood pressure from the beating heart of a horse. Back then, he increased his interest in investigating the direct delivery of medications into the heart [1,3]. He passed his state examination in 1928, after which he went to the University Hospital, today’s Moabit. In 1929, Forssmann graduated medical doctor. His dissertation on the effect of liver feeding on the red blood count and cholesterol level in the serum of healthy people was based on the successful treatment of pernicious anaemia by the administration of vitamin B12 in the form of liver extracts.

He then joined the Eberswalde Surgical Clinic. In this period, the scientist came to believe that with the help of a thin catheter, drugs could be directly injected into the major vessels of the heart. He assumed that this way, a failing heart could be resuscitated without serious invasive maneuvers like cardiac surgery or intracardiac puncture [1]. However, his supervisors refused permissions for a risky experiment like this and he began practicing the procedure on cadavers secretly as suggested by his friend, Richard Schneider, Head of Surgery [2]. In spring 1929, after several successful experiments on the cadavers and himself, Forssmann inserted a lubricated catheter into his left cubital vein and pushed it up approximately 35 cm. This was performed with the help of Schneider who interrupted the procedure, thinking it was becoming too dangerous [1].

However, Johann Friedrich Dieffenbach had already published the first work on catheterisation of the (left) heart as early as 1834. He attempted to stimulate the heart activity of a dying cholera patient by mechanically stimulating the inner wall of the heart. In 1848/49 Rudolf Virchow mentioned this in his lectures.[5] Werner Forßmann stated that he had only heard of this attempt in 1971.

However, Forssmann had no motivation to give up at this point. He repeated the procedure a week later by himself. This time, the catheter was inserted 65cm. At first, he punctured the vein and pushed the catheter up until he sensed warmth at the venipuncture site. Then, the scientist walked to the radiology department where he located the catheter tip [2]. He was not able to push the catheter further into the right heart sections, because apparently, it was not long enough. In a scientific paper, Forssmann described his experiments and they turned out quite sensational, but also caused a large wave of criticism due to the high risks of the procedure. Shortly after, Forssmann was fired and he abandoned cardiology, continuing his career in urology [1,2].

The scientists André Cournand and Dickinson W. Richards used Forssmann‘s experiments and applied his technique on animals. Both scientists researched on the topic for 4 years and performed the first human cardiac catheterization in the United States. In a scientific paper, they also explained the usefulness and safety of the procedure. In 1956, Forssmann was awarded, together with André Cournand and Dickinson W. Richards, the Nobel Prize for Physiology or Medicine. On 11 December, Forßmann gave his Nobel Lecture on the historical development of cardiac catheterisation, while Cournand took over the theoretical part of the method and Richards the clinical presentation. After the announcement of the Nobel Prize, Forßmann, who until then had not made any academic achievements with the exception of his dissertation, became honorary professor of surgery at the Johannes Gutenberg University of Mainz under pressure from several colleagues and against the will of Dean Blücher. [3,4].

After retiring in 1969, Forßmann wrote his autobiography, which appeared in 1972 under the title “Selbstversuch” (self-experiment). Werner Forßmann died on 1 June 1979 as a result of a myocardial infarction in the municipal hospital in Schopfheim.

At yovisto academic video search, you may be interested in a video of an actual cardiac catheterization via the femoral artery by Dr. Michael Martinelli.