You are here: Home › economics › Antoine Cournot and the Mathematical Theory of Economics 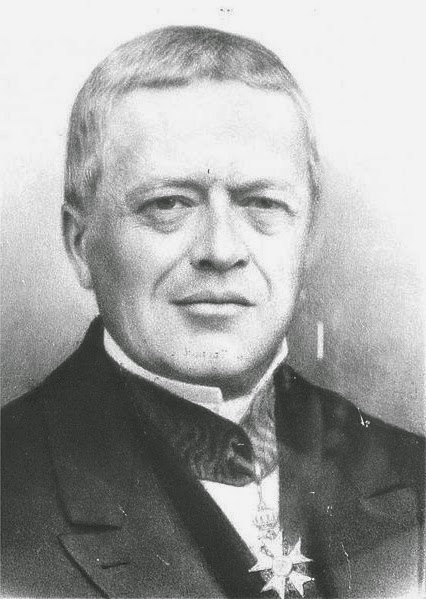 On August 28, 1801, French philosopher and mathematician Antoine-Augustin Cournot was born. He is considered being the first economist who applied mathematics to the treatment of economic questions. In 1838, he published Recherches sur les principes mathématiques de la théorie des richesses (Researches into the Mathematical Principles of the Theory of Wealth) which was a treatment of mathematical economics.

“So far we have studies how, for each commodity by itself, the law of demand in connection with the conditions of production of that commodity, determines the price of it and regulates the incomes of its producers. We considered as given and invariable the prices of other commodities and the incomes of other producers; but, in reality the economic system is a whole of which the parts are connected and react on each other. “
— Antoine Augustin Cournot, Researches into the Mathematical Principles of the Theory of Wealth, 1897

Antoine Cournot was born in Gray, France and it is known that he was interested in politics from early age. By the age of 15, it is assumed that Cournot finished his education in Gray and read almost all works by Voltaire. He noted that all books he read in this period had a “decisive influence on all of his subsequent ideas and studies“. Despite his interests in mathematics, philosophy and politics, Cournot began studying law. Cournot continued his education in Besançon in order to study mathematics and was admitted atone of the most prestigious Grande École, the École Normale Supérieure. In his later life, Cournot remembered this period as one of the happiest of his life [2,3].

Cournot was appointed professor of mathematics at Lyon in 1834. Four years later, he published ‘Recherches sur les principes mathématiques de la théorie des richesses‘, but unfortunately, his work stayed mostly unrecognized at this time. In the following years, the scientist simplified his theories and published them again in 1863 and 1876. I assume, every student of economics is aware of the Cournot-Nash-equilibrium and his theories on monopolies explained in this work. In the first chapters of his masterpiece, Cournot defines wealth and explains that all individuals of an economy seek to maximize their profits. The following chapters remain the most famous. After Cournot describes the demand curve, he discusses monopolies. This model is expanded in a way that he adds more competitors, leading to his famous oligopoly theory. However, his explanations on duopolies are described in detail including several graphics and calculations. Further topics of the masterpiece include tax theories on these models. Cournot admits that the wealth he defined at the beginning is not always beneficial to economic welfare [1].

It is assumed, that Antoine Cournot was influenced by Adam Smith‘s ‘Wealth of Nations‘,[3] who described demand curves without exact definitions. Cournot’s findings are considered incredibly advanced. Still, the understanding of demand curves today is a little bit different. Most economic students would agree that the demand curve today is derived from the utility of the demanding party. Cournot however believed, that the demands of individuals are very subjective, and thus not to be expressed in formulas [1,4].

One of the best-known studies of Cournotian duopoly theory is the 1883 Critique by the French mathematician Joseph Bertrand. Cournot based his derivation of the equilibrium on the quantity of goods offered as a decisive variable, while Bertrand chose the price. In the case of two suppliers with the same cost structure competing for the sale of a homogeneous product, one of the competitors may fix its price minimally below that of the other, whereupon it would receive all the demand and thus increase its profit. However, this would cause the other provider to undercut the new price – a process would have been set in motion that would only end once the marginal costs had been reached.

“Those skilled in mathematical analysis know that its object is not simply to calculate numbers, but that it is also employed to find the relations between magnitudes which cannot be expressed in numbers and between functions whose law is not capable of algebraic expression.”
– Anoine Cournot as quited in [9]

Cournot also worked on determinism (in physics) and chance. Unlike Pierre-Simon de Laplace,[8] who thought that nothing happen by chance, and Aristotle, who thought that randomness and causality had nothing to do which each other, Cournot united the concepts, defining randomness as the encounter of two independent causal series. This definition allows randomness even in perfectly deterministic events, and is used to generate random numbers by the combination of unrelated signals (for instance, temperature and sound).

Even though Cournot was a scientist with a good reputation, his masterpiece was mostly ignored during his lifetime. Still, it is known that his influence on economists a few years later was significant. Especially Marshall and Walras are believed to be influenced by Cournot‘s theories.  Subsequently, Cournot held positions as professor of mathematics, chief examiner for undergraduate students, and rector of Dijon Academy. By the time Cournot died in 1877, he was nearly blind.

At yovisto academic video search, you may be interested in a lecture on Oligopoly by Jon Gruber at MIT.