You are here: Home › astronomy › Fred Whipple and the Dirty Snowballs 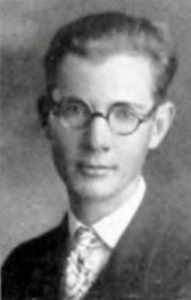 On August 30, 2004, American astronomer Fred Lawrence Whipple passed away. Amongst his achievements, he discovered some asteroids and comets, came up with the “dirty snowball” cometary hypothesis, and designed the Whipple shield.

Fred Whipple was born on November 5, 1906, in Red Oak, Iowa, as the son of a farmer. An early bout with polio ended his ambition of being a professional tennis player. Whipple studied at Occidental College in Southern California, then majored in mathematics at the University of California at Los Angeles, graduating in 1927. Intrigued by an astronomy course he encountered, Whipple changed his area of study to astronomy and earned a doctorate degree in 1931.[1] While in graduate school, he helped map the orbit of the then newly discovered dwarf planet Pluto. His first job out of college was at Harvard University, where he inspected the telescopes’ photographic plates to make sure the cameras were operating correctly. He studied the trajectories of meteors, confirming that they originated within the solar system rather than from interstellar space. In 1933, he discovered the periodic comet 36P/Whipple and the asteroid 1252 Celestia. He also discovered or co-discovered five other non-periodic comets, including C/1932 P1 Peltier-Whipple. He discovered the latter independently of Leslie Copus Peltier, the amateur astronomer known for his later price dedication.

Whipple found that nearly all visible meteors are made up of fragile material from comets, and that none can be shown to come from beyond the solar system. During World War II he co-invented chaff — aluminum fragments — for the Havard Radio Research Laboratories to foil radar and protect planes.[2] He was awarded a Certificate of Merit for this in 1948.

In 1950, in the same year he became professor of astronomy at Harvard, Whipple proposed his famous “dirty snowball” model for comet nuclei (originally he it”icy conglomerate” hypothesis of comet composition). He suggested that comets have icy cores inside thin insulating layers of dirt, and that jets of material ejected as a result of solar heating were the cause of orbital changes. The basic features of this hypothesis were confirmed in 1986 when spacecraft flew past comet Halley,[5] however the exact amount (and thus the importance) of ices in a comet is an active field of research, with most of the recently obtained data pointing to a low contribution of ices to a comet’s mass. [2]

There was long speculation about the nature of comets, but it was Friedrich Wilhelm Bessel who was on the right track in the early 19th century when he reduced the brightness of comets to the vapours of a solid body. These evaporations also provided an explanation for the orbits of Ecke’s Comet, but it was not until 1951 that Fred Lawrence Whipple took up the idea again, his theory of the dirty snowball is still valid with restrictions today.

Whipple also anticipated the era of artificial satellites and organized the members of Operation Moonwatch to track them. These groups were the only ones prepared and ready to make observations when the Soviet Union unexpectedly launched Sputnik I in 1957.[7] His work on tracking artificial satellites led to improved knowledge of the shape of the earth and greatly improved positions on earth. Whipple directed the Smithsonian Astrophysical Observatory (SAO) from 1955 to 1973, before it joined with the Harvard College Observatory to form the Harvard-Smithsonian Center for Astrophysics (CfA). In the late 1960s, Whipple selected Mount Hopkins in southern Arizona as the site for a new SAO astronomical facility. Whipple was part of the group that initiated a novel and low-cost approach to building large telescopes first realized in the construction of the Multiple Mirror Telescope, a joint project of SAO and the University of Arizona. Mt. Hopkins Observatory was renamed Fred Lawrence Whipple Observatory in 1981. [3]

Fred Whipple refined observation techniques and equipment, worked with photography and ballistics to calculate the speed of meteors. At the age of 92, Whipple joined NASA’s comet program Contour. In summer 2002, the unmanned research device took off. Whipple hoped to be 100 years old in order to experience his meeting with the comet Schwassmann-Wachmann 3 planned for 2006. Whipple calculated an exact orbit of Pluto for the first time.