You are here: Home › medical science › Sir Waldemar Haffkine – A Saviour of Humanity 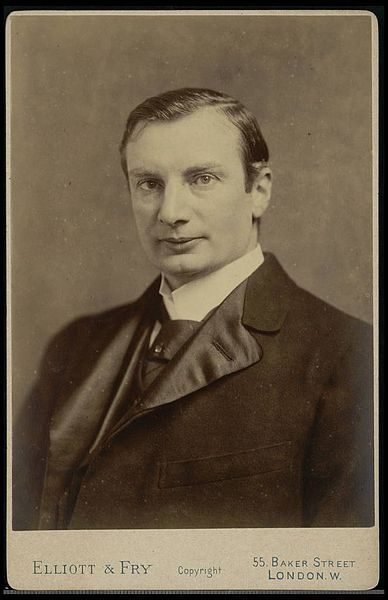 On March 15 1860, Russian bacteriologist Sir Waldemar Mordechai Wolff Haffkine was born. Haffkine is best known for an anti-cholera vaccine that he tried out successfully in India. He is recognized as the first microbiologist who developed and used vaccines against cholera and bubonic plague. He tested the vaccines on himself. Lord Joseph Lister named him “a saviour of humanity”.[4]

Born as Vladimir Aaronovich Khavkin, Waldemar Haffkine was born into a family of Jewish teachers living in Odessa, Russian empire, and was the fourth of the five children of Aaron and Rozalia Khavin. He studied under the famous biologist Ilya Mechnikov during the late 1870s and early 1880s and he worked to the zoological museum at Odessa from 1882 to 1888.[5] However, after Tsar Alexander II had been assassinated, the government began to follow people it considered suspicious, including intelligentsia. Waldemar Haffkine was allowed to emigrate to Switzerland and began his work at the University of Geneva in 1888. One year later, he joined Ilya Mechnikov and Louis Pasteur in Paris. At the newly founded Pasteur Institute, Haffkine received the available position and was appointed librarian.

From Protists to Practical Bacteriology

In Paris, Haffkine was able to continue his scientific studies on protists such as Astasia, Euglena, and Paramecium, as well as the earliest studies on Holospora, a bacterial parasite of Paramecium. Later on however, he shifted his research towards practical bacteriology. Back then, a cholera pandemic kept large parts of Asia and Europe busy. In 1883, Robert Koch discovered Vibrio cholerae, it was then not consider it a sole cause of the disease.[6]

Waldemar Haffkine began concentrating his scientific work on the development of a cholera vaccine and produced an attenuated form of the bacterium. Under the risk of his own health, Haffkine performed the first human tests on himself. In July 1892, Haffkine reported his results to the Biological Society. However, contemporary scientists including Pasteur and Mechnikov did not acknowledge Haffkine‘s achievement, nor did the European official medical establishment in France, Germany and Russia, even though the media quickly became enthusiastic about the new promises.

During 1893, Waldemar Haffkine traveled to India in order to establish a laboratory at Byculla. The laboratory later moved to Parel and was later called the Haffkine institute. The scientist proceeded to vaccinate approximately half a million people by 1903. However, in October 1902, 19 peopled died from tetanus of 107 inoculated at Mulkowal. This Mulkowal disaster caused Haffkine to be suspended but reappointed director of the Biological Laboratory in Calcutta. It was later found that an assistant used a dirty bottle cap without sterilizing it. Haffkine‘s cholera vaccines were also brought to Russia by V.K. Vysokovich and D.K. Zabolotny who visited Haffkine in Bombay. It is believed that the vaccine “лимфа Хавкина” (“limfa Havkina”, Havkin’s lymph) saved thousands of lives across the empire.

Earlier, in 1896, Mumbai was hit by a strong epidemic of bubonic plague and the government asked Waldemar Haffkine to help. He was able to work on a vaccine at Grant Medical College in Mumbai. After only three months of work,  a form for human trials was ready and tested by Haffkine on himself in 1897. After positive results, inmates of Byculla jail were inoculated and survived the epidemics, while seven inmates of the control group died.

Waldemar Haffkine returned to France in 1915 and later moved to Lausanne, where he spent the last years of his life, only briefly visiting the Soviet Union in 1927. Haffkine received numerous honors and awards. In 1925, the Plague Laboratory in Mumbai, Maharashtra was renamed the Haffkine Institute. In commemoration of the centennial of his birth, Haffkine Park was planted in Israel in the 1960s. Waldemar Hafkine died on 26 October 1930 in Lausanne, Switzerland, at age 70.

The World Of Waldemar Hafkine, [9]