You are here: Home › history › Veni, Vidi, Vici – according to Julius Caesar 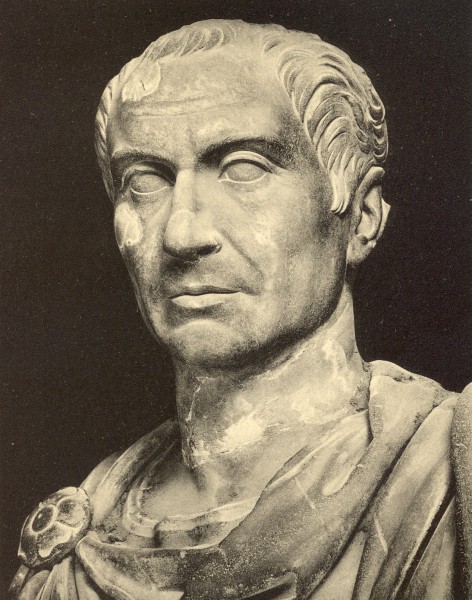 On August 2, 47 BC the Roman dictator Gaius Iulius Caesar won the battle of Zela against Pharnaces II. king of Pontus. As the Roman victory was won rather quickly, Caesar wanted to emphasize that very fact by the brevity and conciseness of his report sent to the senate and people of Rome. He only wrote three little words:

I came, I saw, and I won. That’s all. Nobody ever made a comparable report and his words have been quoted countless times.

The city of Zela is located in today’s province Tokat in Turkey and went through many battles throughout her long history. In 548 BC, the city was ruled by the Achamenid Persian Empire and after the division of Anatolia Zela belonged to the region of Pontus. After 200 years, Alexander the Great captured the city and later on it was transferred to the Seleucid Empire. Then many battles occurred and the town was ruled by Sulla, then Mithridates and finally Pompey. 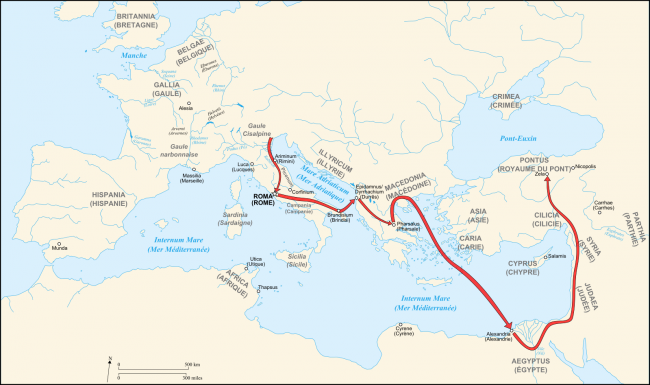 The Battle of Zela

The famous battle of Zela took place in 47 BC when Rome was dominated by civil war, where the party of Caesar was fighting with the party of his old friend and rival Gnaeus Pompeius for political supremacy. Julius Caesar was expecting trouble with the son of Mithridates VI, Pharnaces, afraid he could take revenge for his father. When Caesar arrived in Pontus, his troops were rather small and lacked of discipline. Zela however was a well fortified town surrounded by large mountains and valleys. Pharnaces found out quickly that Caesar had positioned himself where the battle between Mithridates and Triarius took place and got all of his troops ready. Against Caesar’s expectations, Pharnaces began to march onto Caesar’s troops, which were positioned on top of a hill, which is usually of great advantage. However, the surprising attack caused much confusion and many losses on Caesar’s side, because many of his soldiers were not in their fighting positions. The Roman’s were still able to recover from the surprise attack very soon, they could organize their defense and pushed the Pontic army back down the hill. While the battle of Zela was won in only 4 hours time, the entire campaign against Pharnaces lasted five days. To emphasize the brevity of the campaign and Caesar’s military superiority, he carefully chose his words sent to the Roman senate to make the right impression….’veni, vidi, vici‘.

Julius Caesar, however, was a remarkable man, born on July 13, 100 BCE, descending from the prestigious ancient Roman patrician family of the Julians.  Caesar married Cornelia, whose father was a supporter of Marius, in 84 BC. After Sulla prevailed over Marius in the civil war, Caesar temporarily came into conflict with the new ruler because of this union, but he was pardoned by him. In the years 80-70 B.C. Caesar stayed largely in the east of the Roman Empire. On Rhodes and elsewhere he studied rhetoric. He also defended the empire in victorious battles against Mithridates VI and pirates. Cornelia died in 69 BC, after which Caesar was first married to Pompeia until 62, and then joined Calpurnia in a third marriage.

In 65 he was appointed aedile, which corresponded to an official with police powers. In 63 Caesar was elected pontifex maximus by popular vote. Appointed praetor, a high judicial official, in 62 B.C., Caesar served the following year as propraetor, i.e. provincial governor, in the Iberian Peninsula, where he fought internal uprisings and implemented administrative reforms. After his return, he was appointed to the consulate in 59 BC, together with Bibulus. Through an alliance with Crassus and Pompey, Caesar shortly thereafter formed the so-called “First Triumvirate,” which held its own against Sulla’s senatorial oligarchy.

In the following years Caesar went as proconsul to the northern provinces of Illyria and Gallia Cis- and Transalpina, from where he conquered all of Gaul to the Rhine in the years 58 to 51 BC. The last great uprising of the Gauls, which broke out in 52 BC under the leadership of Vercingetorix, he was able to put down after bitter fighting. The long war to pacify Gaul found its way into the famous treatise “De bello Gallico“, with which the successful general also made a name for himself as a historian. The military successes made Caesar the most powerful man in the Roman Empire.

In the two following years, he achieved victory over Pompey’s followers in further campaigns from Egypt to North Africa and Spain. In the conquered territories, Caesar simultaneously developed an intensive reform activity, which strengthened Roman rule there through innovations in the areas of administration and law as well as the introduction of the Julian calendar. In this way, he created the essential conditions for the unification of the Roman Empire and the Romanization of Western Europe, as they would later be advanced under Augustus. In February 44 BC, Caesar was appointed dictator for life. A short time later, however, he fell victim to a conspiracy of nobles under Brutus and Cassius. His great-nephew and principal heir Gaius Octavius (later Emperor Augustus [5]) finally established the principate as the new form of government of the Roman Empire.

A Synonym for Emperor

The name of Caesar became part of the title of all subsequent rulers of the Roman Empire. In Roman late antiquity and in the Byzantine Empire, the title “Caesar” denoted a co-ruler or heir to the throne. In the borrowed forms Emperor and Tsar, the name later became the title of the rulers of the Holy Roman, Austrian, German, Bulgarian, Serbian and Russian Empires.