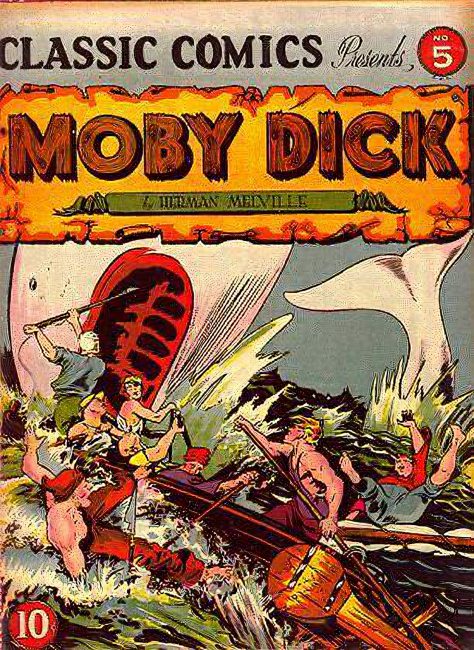 Most people know American author Herman Melville only by his most famous novel, the story of Captain Ahab and his paranoid and nightmarish  hunt for the gigantic white whale Moby Dick. Of course, it is Melville‘s singular and also very best story. But, if you are trying to get to know the author Herman Melville better, you should also consider the rest of his oevre, especially some of his other short stories or novels.

But let’s first stay with the White Whale.

The first sentence alone has already become an icon. It is one of the most recognizable opening lines in Western literature. Published in 1851, Moby Dick is considered to be one of the Great American Novels and a treasure of world literature. In general, it is a story of revenge. It tells the adventures of wandering sailor Ishmael, and his voyage on the whaler Pequod, commanded by Captain Ahab. Ishmael soon learns that Ahab has one purpose on this voyage: to seek out his personal “arch enemy” Moby Dick, a ferocious, enigmatic white sperm whale, for revenge. In a previous encounter, the whale had destroyed Ahab’s boat and bit off his leg at the knee, which now drives Ahab to take revenge.

Based on Real Life Events

Actually, Melville based the story on two real life events. One event was the sinking of the ship Essex in 1820, after it was rammed by a large sperm whale 2,000 miles away from the western coast of South America. The other event was the alleged killing of the albino sperm whale Mocha Dick in the late 1830s, in the waters off the Chilean island of Mocha. Mocha Dick was rumored to have about twenty harpoons in his back from other whalers, and appeared to attack ships with premeditated ferocity. 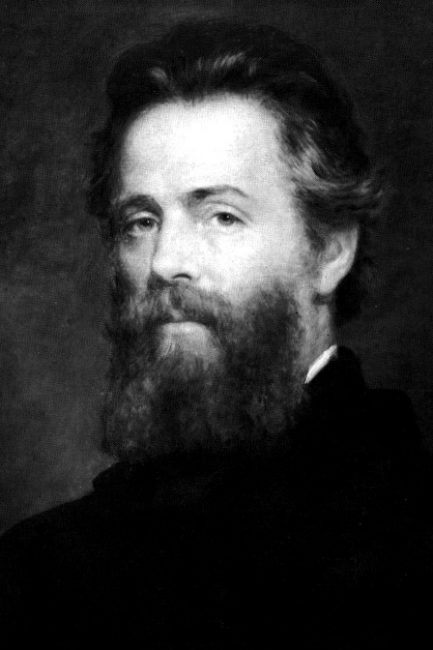 Herman Melville was born on August 1, 1819, in New York City, the third of eight children of Allan Melvill, an import merchant descended from Scottish immigrants, and Maria Gansevoort Melvill, who came from an originally Dutch patrician family. In 1839 Melville briefly sailed on a mailboat from New York to Liverpool, England as a cabin boy. He then tried to become a primary school teacher in New York City, but gave up his job in 1840 and hired Acushnet in Nantucket on January 3, 1841. The conditions on board on the fishing trip to the Pacific seemed unreasonable to Melville and he ‘deserted’ on the first stop on the island of Nuku Hiva (Marquesas) in 1842. He escaped with sailor Richard Tobbias Greene and they fled together through the mountains to reach the valley of Taipivai, where they were captured by the Typees. After a few days Melville’s companion managed to escape captivity, while Melville, injured in the leg, watched the Typees’ lives for four weeks.

“I have no objection to any person’s religion, be it what it may, so long as that person does not kill or insult any other person, because that other person don’t believe it also. But when a man’s religion becomes really frantic; when it is a positive torment to him; and, in fine, makes this earth of ours an uncomfortable inn to lodge in; then I think it high time to take that individual aside and argue the point with him.”
Herman Melville, Moby Dock; or, The Whale (1851), Ch. 17 : The Ramadan

Adventures in the South Sea

He fled from Nuku Hiva on the Australian whaler Lucy Ann and arrived in Tahiti (Society Islands). There Melville was arrested aboard the Lucy Ann for participating in the rebellion, but escaped from prison to Moorea. He then hired Charles and Henry from Nantucket as a boat helmsman on the whaler and was signed off again in Hawaii in April 1843. In August of the same year he hired in Honolulu as a simple sailor on the North American frigate United States and returned to Boston, Massachusetts in October 1844 with a stopover in Peru.

His first book was Typee (1846), a highly romanticized account of his life among Polynesians. It became such a best-seller that he wrote the sequel Omoo (1847). These successes gave him the financial basis to marry Elizabeth Shaw, daughter of a prominent Boston family, but the success proved hard to sustain. His first novel that was not based on his own experiences was Mardi (1849), a sea narrative that develops into a philosophical allegory—but it was not well received. He received warmer reviews for Redburn (1849), a story of life on a merchant ship, and his 1850 description of the harsh life aboard a man-of-war in White-Jacket, but they did not provide financial security.

Melville had already met Captain Owen Chase and his son on his South Sea voyage in 1841. The son showed him the book written by his father at that time in the position of the first helmsman about the sinking of the whaler Essex after a sperm whale attack, of which only few copies existed. It was not until 1850, however, that Melville acquired a copy of this book through the efforts of local father-in-law Shaw in Nantucket. The beginning of the tragedy described in this book – the Sperm Whale Attack – impressed Melville so much that it made it the brilliant end of Moby Dick. In his lifetime, only about 3,000 copies of Moby Dick were sold.

I Would Prefer Not To…

Besides Moby Dick, I especially prefer one of Melville’s short stories: ‘Bartleby, the Scrivener‘. Bartleby is a kind of clerk, a copyist, “who obstinately refuses to go on doing the sort of writing demanded of him.” You definitely should read the story by yourself. If you “would prefer not to“, you and Bartleby do have more in common than you might think.

“And here Bartleby makes his home, sole spectator of a solitude which he has seen all populous- a sort of innocent and transformed Marius brooding among the ruins of Carthage!”
— Herman Melville, Bartleby, the Scrivener (1853)

Bartleby is considered to represent Melville’s relation to his commercial, democratic society, because he was very frustrated by that time about his situation as a writer. Though no great success at the time of publication, Bartleby is now among the most noted of American short stories. It has been considered a precursor of absurdist literature, touching on several of Albert Camus‘ [4] and Franz Kafka‘s themes in such works as “A Hunger Artist” and “The Trial“.

Melville’s work was already forgotten when he died in 1891; in the library catalogue of Yale University, Moby Dick was only listed and dusty in the category of cetology (the science of marine mammals). It was not until the 1920s that a circle of New York literary scholars, including Carl van Doren (1885-1950), Lewis Mumford, Carl van Vechten and Raymond Weaver (1888-1948), helped his work to recognition.

With Moby Dick, Melville created an extremely exciting and complex adventure novel in the form of a parable for the invincibility of nature and fate by man.

If you are interested into more details about the story of Moby Dick, you should watch this almost 40-minute mini-doc by Caitlin Doughty on her Ask a Mortician YouTube channel that she did on the disastrous voyage of the Essex: