On December 20, 1901, American physicist Robert Jemison Van de Graaff was born. Van de Graaff is specifically noted for his design and construction of high-voltage Van de Graaff generators that can be used as a particle accelerator in atomic research.

Robert Jemison Van de Graaff received his master’s degree from The University of Alabama and began working at the Alabama Power Company afterwards. Van de Graaf later studied at the Sorbonne and earned a second Bachelor’s degree  at Oxford University on a Rhodes Scholarship, completing his PhD in 1928. Van de Graaff was a National Research Fellow, and from 1931 to 1934 a research associate at the Massachusetts Institute of Technology. He became an associate professor in 1934. During World War II, Robert Van de Graaf was director of the High Voltage Radiographic Project and after the war he co-founded the High Voltage Engineering Corporation with John G. Trump (uncle of Donald Trump). During the 1950s, Van de Graaf invented the insulating-core transformer, producing high-voltage direct current and developed tandem generator technology. 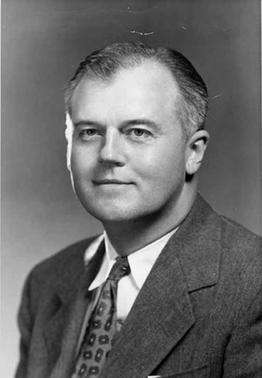 It is assumed that the general concept of an electrostatic generator in which charge is mechanically transported in small amounts into the interior of a high voltage electrode goes back to the Kelvin water dropper, which was invented by William Thomson in 1867.[4] The first electrostatic machine that used an endless belt to transport charge was constructed in 1872 by Augusto Righi. The charge was applied to the belt from the grounded lower roller by electrostatic induction using a charged plate. John Gray also invented a belt machine around 1890. A more immediate inspiration for Van de Graaff was a generator W. F. G. Swann was developing in the 1920s in which charge was transported to an electrode by falling metal balls, thus returning to the principle of the Kelvin water dropper.

Van de Graaff probably started to develop his generator in 1929 along with Nicholas Burke at Princeton University. Already in October of the same year, the first model was demonstrated. The device used a regular tin can, a motor , and a cheap silk ribbon. After receiving some funding, Robert Van de Graaff was able to achieve 1.5 million volts with an improved version by 1931. In 1933, Van de Graaff built a 40-foot (12-m) model at MIT‘s Round Hill facility, the use of which was donated by Colonel Edward H. R. Green. In 1937, the Westinghouse Electric company built a 20 m Van de Graaff generator  capable of generating 5 MeV in Forest Hills, Pennsylvania. It is believed to have marked the beginning of nuclear research for civilian applications.

A later development was the pelletron, where the rubber or fabric belt is replaced by a chain of short conductive rods connected by insulating links, and the air-ionizing electrodes are replaced by a grounded roller and inductive charging electrode. The chain can be operated at much higher velocity than a belt, and both the voltage and currents attainable are much higher than with a conventional Van de Graaff generator . The Nuclear Structure Facility at Daresbury Laboratory was proposed in the 1970s, commissioned in 1981, and opened for experiments in 1983.