You are here: Home › space › Valeri Polyakov and the Longest Single Space Flight 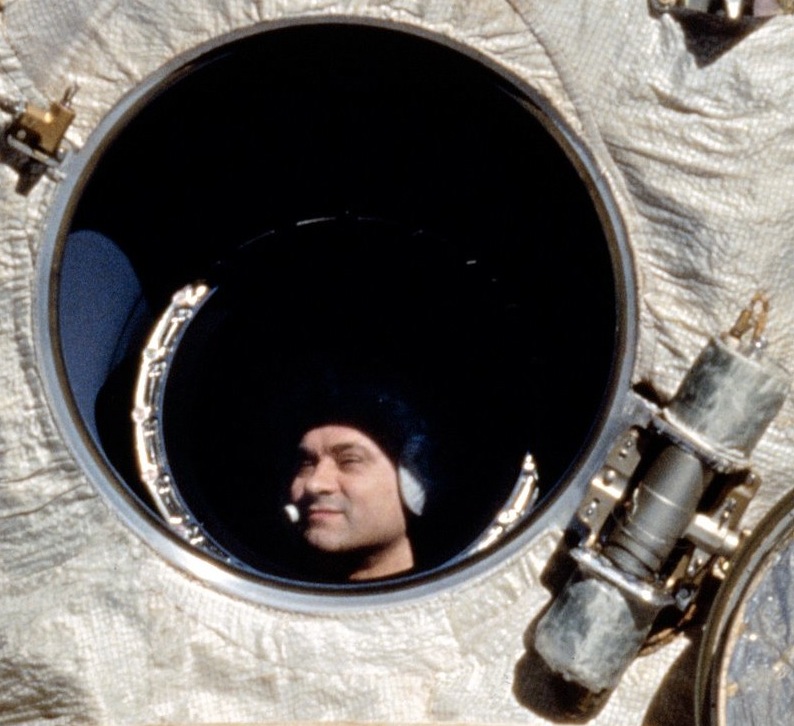 On March 22, 1995, Russian cosmonaut Valeri Polyakov returned to earth after a 437 days space flight, setting a record for the longest single spaceflight in human history so far, staying aboard the Mir space station.[4] Polyakov did not suffer from any prolonged performance impairments after returning to Earth. In light of these findings, researchers concluded that a stable mood and overall function could be maintained during extended duration spaceflights, such as manned missions to Mars.

Polyakov was born in Tula in the USSR on 27 April 1942. Born Valeri Ivanovich Korshunov, Polyakov legally changed his name after being adopted by his stepfather in 1957. He was educated at the Tula Secondary School No. 4, from which he graduated in 1959. He enrolled in the I. M. Sechenov 1st Moscow Medical Institute, where he graduated with a doctoral degree. Afterwards, Polyakov enrolled in the Institute of Medical and Biological Problems, Ministry of Public Health, Moscow, where he specialized in astronautics medicine. At the Institute of Medical and Biological Problems, Polyakov began to dedicate his research to the field of space medicine in 1964 after the flight of the first physician in space, Boris Yegorov, aboard Voskhod 1.

First Mission as a Cosmonaut

His second spaceflight was also the longest human spaceflight in history, began on January 8, 1994 with the launch of the Soyuz TM-18 mission. Polyakov spent 437 days, 17 hours, 58 minutes and four seconds aboard Mir conducting experiments and performing scientific research. The cosmonaut completed more than 7,000 orbits of the Earth and formally broke the spaceflight duration record after 366 days. The record was previously set by Vladimir Titov and Musa Manarov six years earlier. On March 22, 1995 Valeri Polyakov returned to Earth aboard Soyuz TM-20. Right after landing, Polyakov demanded not to be carried the few feet between the Soyuz capsule and a nearby lawn chair. Instead, the cosmonaut walked the distance, hoping to prove that humans could be physically capable of working on the surface of Mars after a long-duration transit phase. 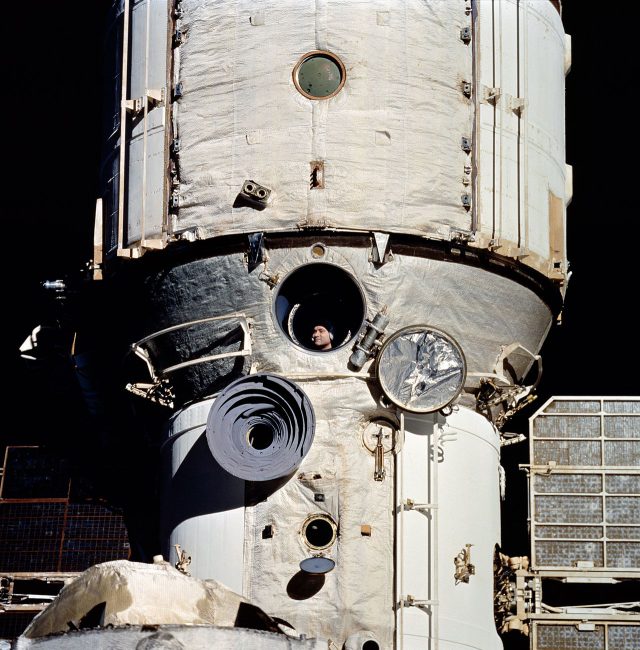 Polyakov observes rendezvous operations with the Space Shuttle Discovery on its STS-63 mission through a window on the Mir Core Module in February 1995.

…and its Effects on the Human Body

Polyakov volunteered for his 437-day flight to learn how the human body would respond to the micro-gravity environment on long-duration missions to Mars. Polyakov underwent medical assessments before, during, and after the flight. He further underwent two follow-up examinations six months after returning to Earth. When researchers compared the results of these medical exams, it was revealed that although there were no impairments of cognitive functions, Polyakov experienced a clear decline in mood as well as a feeling of increased workload during the first few weeks of spaceflight and return to Earth. However, his mood indeed started to stabilize to pre-flight levels between the second and fourteenth month of his mission. Polyakov also did not suffer from any prolonged performance impairments after returning to Earth.

Polyakov’s record was later broken by Sergei Avdeyev and is currently held by Gennady Padalka, who has spent 879 days in space. In April 1995 Polyakov was awarded the Hero of the Russian Federation by decree of the then Russian President Boris Yeltsin. On 1 June 1995 he left the cosmonaut programme. He participated in experiment SFINCSS-99 (Simulation of Flight of International Crew on Space Station) in 1999. Polyakov is currently the Deputy Director of the Ministry of Public Health in Moscow, where he oversees the medical aspects of long-duration space missions. It is widely believed that this record held by Valeri Polyakov will remain unchallenged for a long time to come and could be broken only by a Mission to Mars.

Kazakhstan-Down-To-Earth Homecoming For Record Cos, [8]