You are here: Home › physics › Wallace Sabine and the Field of Architectural Acoustics 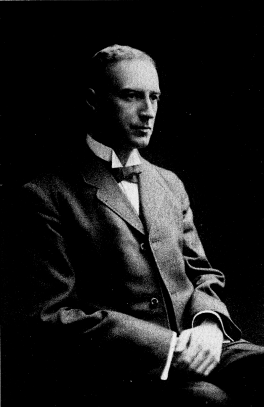 On June 13, 1868, American physicist Wallace Clement Sabine was born. Sabine founded the field of architectural acoustics as the outcome of his investigations on the effect of absorption on reverberation time. Sabine was acoustical architect of Boston’s Symphony Hall, widely considered one of the two or three best concert halls in the world for its acoustics.

Wallace Sabine graduated from Ohio State University in 1886 and pursued graduate study at Harvard University. Afterwards, Sabine became assistant physics professor at Harvard. Even though he was known to be a great teacher and researcher, Sabine was not exactly known as an expert in the field of acoustics and sound. However, in this period, the Harvard physics department was given the task to acoustically improve the Fogg Lecture Hall, part of the recently constructed Fogg Art Museum. The task was considered impossible by the senior staff and it was handed down until it landed on Wallace Sabine’s desk, who had not even earned his Ph.D.

The Birth of Architectural Acoustics

Sabine decided to tackle the issue just like any other physics research task and started to characterize sound in a room as a body of energy and focused his investigations on the sound-absorbing properties of various materials and their effect on reverberation times. He then spent years studying the acoustical qualities of the museum’s lecture hall, and also the Sanders Theater because it was widely known to have excellent acoustics. Sabine attempted to find a formula by which he could measure and assess the acoustics of performance space designs. Sabine and his assistants proceeded to move objects back and forth in the halls, carefully measuring with the help of an organ pipe and a stop watch. Sabine then timed how long it took for different frequencies of sound to decay to inaudibility under various conditions. Wallace Sabine then managed to determine a definitive relationship between the quality of a room’s acoustics, the size of the chamber, and the amount of absorption surfaces that were present. His formula for calculating reverberation time is defined as the number of seconds required for the intensity of the sound to drop from the starting level by 60 decibels. The modern unit of sound absorption, the sabin, is named after Wallace Sabine and is considered the most important quantitative tool in architectural acoustics today.

And for the Fogg Lecture Hall, there was a solution as well. Sabine found out that the hall’s reverberation time was too long. A spoken word remained audible for more than 5 seconds which caused too much resonance and echo. Sabine then outfitted the hall with sound-absorbent materials to reduce this echo effect. As Sabine’s project was a great success and his reputation grew, he was appointed consultant for the design of Boston’s Symphony Hall. He proposed a so called shoebox configuration favored in European concert halls, instead of the wider fan shape more typical of the halls built in America at that time. The materials used were brick, steel, and plaster with wooden floors. The Symphony Hall made its debut in 1900 with a gala preceded by a benefit concert conducted by Maestro Wilhelm Gericke.

In later years, Wallace Sabine was appointed dean of Harvard’s Graduate School of Applied Science from 1906 through 1915. He served on the Rockefeller War Relief Commission during World War I, and was a member of the National Advisory Committee for Aeronautics as well. Wallace Sabine passed away on January 10, 1919 at age 50. Architectural acoustics has developed into a prestigious field of expertise since his death, and Sabine is widely recognized as the founder of the profession.