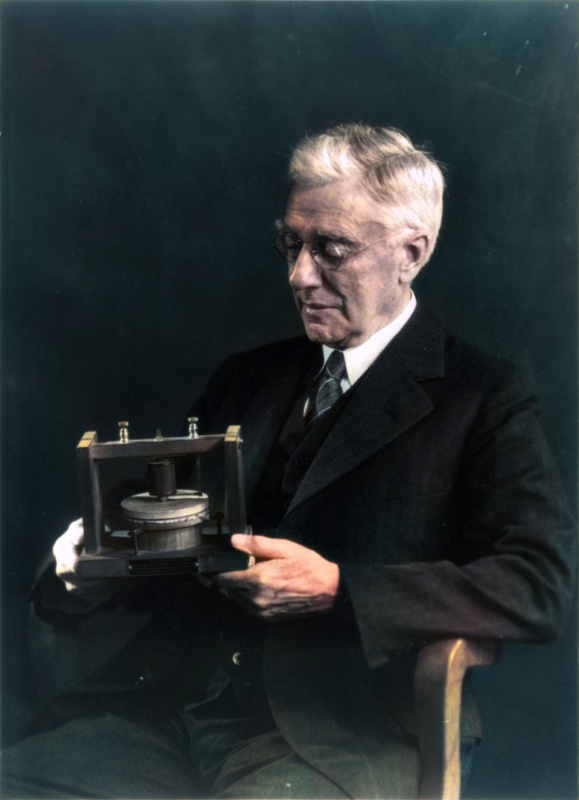 On January 18, 1854, American telephone pioneer and shipbuilder Thomas Augustus Watson was born. He is best known because, as the recipient of the first telephone call being the assistant of Alexander Graham Bell. He was one of the original organizers of the Bell Telephone Company and later turned to shipbuilding and constructed a number of vessels for the United States government.

Born in Salem, Massachusetts, as the son of a livery stable, Watson dropped out of school at 14 and became a bookkeeper and a carpenter before he found a job more to his liking in the Charles Williams machine shop in Boston. There he helped build some rudimentary machines per the design of Alexander Graham Bell,[6] at that time was a teacher of deaf mutes in Boston, trying to make a “harmonic telegraph” that could send several dot-and-dash messages at once over the same telegraph wire. Bell liked Watson and hired him as his assistant, and the two men jointly discovered that tones from a vibrating transmitter reed could be carried electrically by wire and audibly recreated. On March 10, 1876 they laid wire between two rooms on different floors of a boarding house, and Watson was adjusting the machinery in the lower room when he unexpectedly heard Bell’s voice transmitted metallically “Mr. Watson, come here, I want you.” Even though the machine had produced sound before, this was the first time it carried words that were heard distinctly. According to the story often told by Watson in his later years, Bell had accidentally spilled acid on his clothes and called out in frustration, but both men were surprised that Watson had heard him through the wires.[3] On Oct. 9, 1876, they had so perfected the telephone that they held a conversation between Boston and Cambridge over a two-mile wire.[4]

Manufacturer of the First Telephone

Thomas A. Watson has been largely forgotten by history, but he, of course, had constructed and installed both machines for that historic conversation, and early accounts of the telephone’s invention routinely noted that it was the collaborative work of Bell and Watson, with Watson credited as “manufacturer of the first telephone“.[3] Yet Watson was a capable performer when it came to it: during the demonstrations of the telephone, he gamely belted hymns and popular airs into the receiver, despite his vague ability to hold a tune.[2] Between 1877 and 1881, Watson filed applications that resulted in about 40 U.S. patents.

Like Bell, Watson had no desire to work in the telephone business once the device was a reality. Watson resigned from the Bell Telephone Company in 1881 at the age of 27. The first order of business was a long vacation in Europe, then marriage.[2] Using money from his royalties from his participation in the invention of the telephone, Watson first tried his hand at farming and then set up his own machine shop. In 1883 Watson founded the Fore River Ship and Engine Building Company. He soon began taking bids for building naval destroyers and by 1901 the Fore River Ship and Engine Company was one of the largest shipyards in America. It would later become one of the major shipyards during World War II, after being purchased by Bethlehem Steel Corporation in 1913.

Watson had taken a three-year course in geology and paleontology with his wife while running his shipbuilding outfit, and so was able to recover by teaming up with a geology professor from MIT to evaluate ore deposits. Though he never found anything promising in the way of mines, Watson proved to be capable enough to have a genus of fossil gastropod named after him.[2] Watson continued to expand his interests, even in his later years. He joined a company of touring Shakespearean players after taking theater classes at London University. He also gave public readings of the Bible, Greek drama, Browning and various American authors. In 1919, he received a master of arts degree from Union College and in 1921, a doctor of engineering degree from Stevens Institute of Technology.[5]

On January 25, 1915, Watson was at 333 Grant Avenue in San Francisco to receive the first transcontinental telephone call, placed by Bell from the Telephone Building at 15 Dey Street in New York City. By then more than 13,000,000 telephones were in use worldwide.[3,8] In 1920, Watson visioned telephone conversations across the Atlantic Ocean as “only the beginning of modern development in this method of communication.” [4]

Thomas Augustus Watson died of heart disease on December 13, 1934. In the 1939 film biography The Story of Alexander Graham Bell by Irving Cummings, Watson was portrayed by Henry Fonda.