You are here: Home › chemistry › Sir Frederick Gowland Hopkins and the Discovery of Vitamins 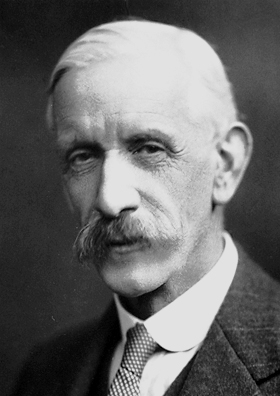 On June 20, 1861, English biochemist and Nobel Laureate Sir Frederick Gowland Hopkins was born. He is best known for the discovery of essential nutrient factors, now known as vitamins, needed in animal diets to maintain health. He also discovered the amino acid tryptophan, in 1901.

“A cell has a history; its structure is inherited, it grows, divides, and, as in the embryo of higher animals, the products of division differentiate on complex lines. Living cells, moreover, transmit all that is involved in their complex heredity. I am far from maintaining that these fundamental properties may not depend upon organisation at levels above any chemical level; to understand them may even call for different methods of thought; I do not pretend to know. But if there be a hierarchy of levels we must recognise each one, and the physical and chemical level which, I would again say, may be the level of self-maintenance, must always have a place in any ultimate complete description.”
— Sir Frederick Gowland Hopkins (1932), [7].

Frederick Gowland Hopkins was born in 1861 in England. It is believed that in his early years, Hopkins was more interested in literature rather than science. He attended school in London and was introduced to chemistry in 1874. When he was 17, Hopkins published a paper in ‘The Entomologist‘ on the bombardier beetle.

Hopkins went to University College, London, where he took the Associateship Examination of the Institute of Chemistry, and did so well that Sir Thomas Stevenson, Home Office Analyst and expert on poisoning, engaged him as his assistant. He decided to take his B.Sc. degree and graduated in the shortest possible time. In the following years, Hopkins became a medical student to Guy’s Hospital, London, and was immediately given the Sir William Gull Studentship there. He was awarded, during this period, a Gold Medal for Chemistry, and Honours in Materia Medica.

Frederick Gowland Hopkins graduated in medicine and taught for several years physiology and toxicology at Guy’s Hospital. Hopkins was appointed in charge of the Chemical Department of the Clinical Research Association and published with H.W. Brook work on the halogen derivatives of proteins in 1896. In 1898, when attending a meeting of the Physiological Society at Cambridge, Hopkins was invited by Sir Michael Foster to move to Cambridge to develop there the chemical aspects of physiology. Biochemistry was not, at that time, recognized as a separate branch of science and Hopkins accepted the appointment. Frederick Gowland Hopkins became Fellow of Trinity College and Honorary Fellow of Emmanuel College.

In 1902, Hopkins was given a biochemistry readership and 8 years later in 1910 and was elected Chair of Biochemistry at Cambridge University in the year 1914. He had many outstanding contributions to science but perhaps his greatest contribution was discovering a method for isolating tryptophan as well as identifying its structure. Frederick Gowland and Christiaan Eijkman did the work that was to garner them the Nobel Prize and that was to show the connection between beriberi and eating decorticated rice. Later on, he did some work with Walter Fletcher where they observed the changes that occurred in muscular contractions upon death. He not only supplied methods for analysis but he also devised a totally new color for lactic acid. His work paved the path for future Nobel Prize Laureates like Otto Meyerhof and A.V. Hill.

A Redox System in the Body’s Metabolism

In 1907 Hopkins began working with Fletcher to investigate the metabolism of muscles and showed the connection between muscle strain, lactic acid production and oxygen supply. In 1921 he recognized the importance of glutathione as a redox system in the body’s metabolism. In 1905 he was elected a Fellow of the Royal Society, which awarded him the Royal Medal in 1918 and the Copley Medal in 1926. Hopkins is credited with the discovery and characterisation in 1921 of glutathione extracted from various animal tissues. At the time he proposed that the compound was a dipeptide of glutamic acid and cysteine. The structure was controversial for many years but in 1929 he concluded that it was a tripeptide of glutamic acid, cysteine and glycine. This conclusion agreed with that from the independent work of Edward Calvin Kendall.[5]

In 1905 he was elected a fellow of the Royal Society which awarded him the Royal Medal in 1918 and the Copley Medal in 1926. In 1924 he was elected to the National Academy of Sciences, in 1927 to the Royal Society of Edinburgh, and in 1928 to the Göttingen Academy of Sciences as a foreign member. For the discovery of growth-promoting vitamins he was awarded the Nobel Prize in Physiology or Medicine in 1929, together with Christiaan Eijkman. In 1932 he was elected member and honorary member of the Leopoldina. In 1937 he was accepted into the American Philosophical Society.