You are here: Home › physics › Aage Niels Bohr and the Understanding of the Nuclear Structure 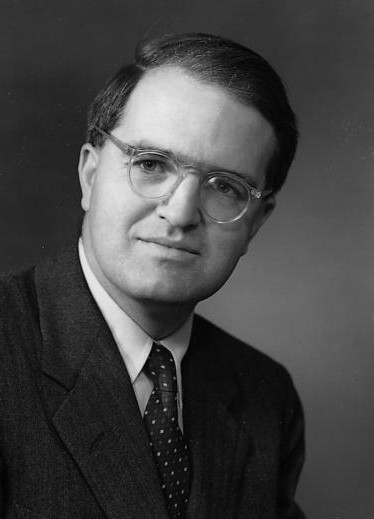 On June 19, 1922, Danish nuclear physicist and Nobel laureate Aage Niels Bohr was born, son of the famous physicist and Nobel laureate Niels Bohr. Aage Bohr shared the 1975 Nobel Prize for Physics with Ben R. Mottelson and James Rainwater “for the discovery of the connection between collective motion and particle motion in atomic nuclei and the development of the theory of the structure of the atomic nucleus based on this connection.”

“The constant questioning of our values and achievements is a challenge without which neither science nor society can remain healthy.”
– Aage Niels Bohr, Nobel Prize Banquet Speech, December 10, 1975.

Aage Niels Bohr was born in Copenhagen in 1922 as the fourth son of Niels Bohr and Margrethe Bohr. Aage Bohr grew up at the Institute for Theoretical Physics, which is now known as the Niels Bohr Institute. When he was about 10 years old the family moved to Carlsberg where they were hosts for widening circles of scholars, artists, and persons in public life. Aage Bohr was educated at the Sortedam Gymnasium before enrolling at the University of Copenhagen in 1940. Back then, Aage already assisted his father with scientific articles and became enthusiastic concerning problems of nuclear physics and partly also concerning problems relating to the penetration of atomic particles through matter.

Flight to Sweden and England

Starting from 1943, a longer traveling period followed due to the rise of the Nazi Party in Germany. First, the family fled to Denmark, then Sweden followed by a visit in England, where Aage Bohr also followed his father. They also spent extensive periods in London, Washington, and Los Alamos. During the time, Aage was occupied as Niels Bohr’s assistant as well as secretary while both were employed by the Department of Scientific and Industrial Research London. Aage Bohr received his master’s degree in 1946 and became a member of the Institute for Advanced Study in Princeton two years later. Bohr also began a fruitful association with Columbia University in the late 1940s and early 1950s.

Aage Bohr’s cooperation with Ben Mottelson began shortly after Aage’s return to Copenhagen. A major part of their effort has been closely connected with the attempt to present the status of their understanding of nuclear structure in a monograph, of which Volume I appeared in 1969, and Volume II in 1975. Bohr and Mottelson demonstrated that the energy levels of certain nuclei could be described by a rotation spectrum, which stimulated many new theoretical and experimental studies. Bohr, Mottelson and Rainwater were jointly awarded the 1975 Nobel Prize in Physics “for the discovery of the connection between collective motion and particle motion in atomic nuclei and the development of the theory of the structure of the atomic nucleus based on this connection“. Aage and Niels Bohr became one of four pairs of fathers and sons to win the Nobel Prize in Physics.

Aage Bohr received his doctorate from the University of Copenhagen in 1954 and wrote his thesis about the “Rotational States of Atomic Nuclei“. He became a professor at the University of Copenhagen in 1956, and, following his father’s death in 1962, succeeded him as director of the Niels Bohr Institute, a position he held until 1970. In addition to the Nobel Prize, he received the Dannie Heineman Prize in 1960, the Örsted Medal in 1970 and the Ole-Römer Medal in 1976. On 14 May 1969 he was awarded the Atoms for Peace Award together with five other prize winners. In 1965 he was admitted to the American Academy of Arts and Sciences and the American Philosophical Society, in 1971 to the National Academy of Sciences[2] and in 1981 he was elected member of the German Academy of Natural Scientists Leopoldina. He was a foreign member of the Polish Academy of Sciences.