You are here: Home › psychology › Sigmund Freud’s Structural Model of the Human Psyche 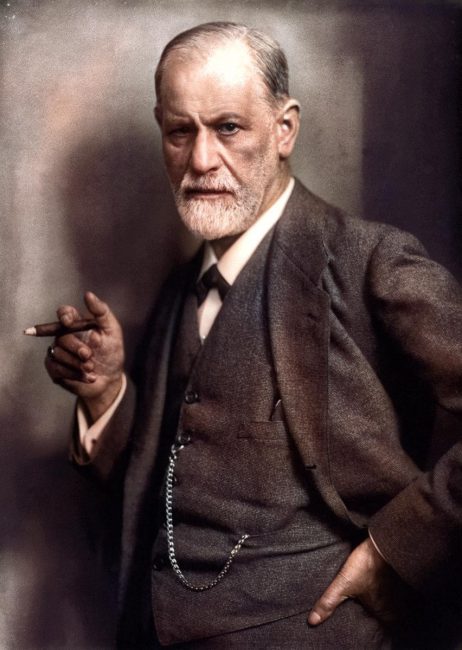 On April 24, 1923, Sigmund Freud‘s seminal paper “The Ego and the Id” was published, in which he first introduced his structural model of the human psyche. In this paper, he outlined his theories of the psychodynamics of the id, ego and super-ego, which is of fundamental importance in the development of psychoanalysis. According to this model of the psyche, the id is the set of uncoordinated instinctual trends; the super-ego plays the critical and moralizing role; and the ego is the organized, realistic part that mediates between the desires of the id and the super-ego.

Sigmund Freud was born in 1856 in the Moravian town of Příbor (German: Freiberg in Mähren) in the former Austrian Empire. He qualified as a doctor of medicine at the University of Vienna in 1881. He then carried out research into cerebral palsy, aphasia and microscopic neuroanatomy at the Vienna General Hospital. In 1885, Freud went to Paris as a student of the neurologist Jean Charcot. On his return to Vienna the following year, Freud set up in private practice, specialising in nervous and brain disorders. Upon completing his habilitation in 1895, he was appointed a docent in neuropathology in the same year and became an affiliated professor (professor extraordinarius) in 1902, a post he held until 1938. Freud began smoking tobacco at age 24; initially a cigarette smoker, he became a cigar smoker. He believed that smoking enhanced his capacity to work and that he could exercise self-control in moderating it.

Freud developed the theory that humans have an unconscious in which sexual and aggressive impulses are in perpetual conflict for supremacy with the defences against them. From 1896–1901, in a period of isolation from his colleagues, Freud developed the basics of psychoanalytic theory out of the raw material of his patients as well as of his conversations and correspondences with his friend and former collaborator Josef Breuer and the Berlin nose and throat doctor Wilhelm Fliess. In 1899, Freud’s The Interpretation of Dreams, the first psychoanalytic work, was published. In 1897, began a serious period of intensive self-analysis. In 1900, his major work ‘The Interpretation of Dreams’ was published in which Freud analysed dreams in terms of unconscious desires and experiences.[3] Although the medical establishment disagreed with many of Freud’s theories, a group of pupils and followers gathered around him and founded the International Psychoanalytic Association in 1910.

During World War I, Freud continued to write and lecture, but patients were few and international communications were impossible. Unfortunately, the post-war years were extremely difficult in Vienna: inflation was rampant, supplies were few, and patients were rare. Freud’s reputation, however, was growing, and in 1919 he was made a full professor at the University of Vienna.[3] 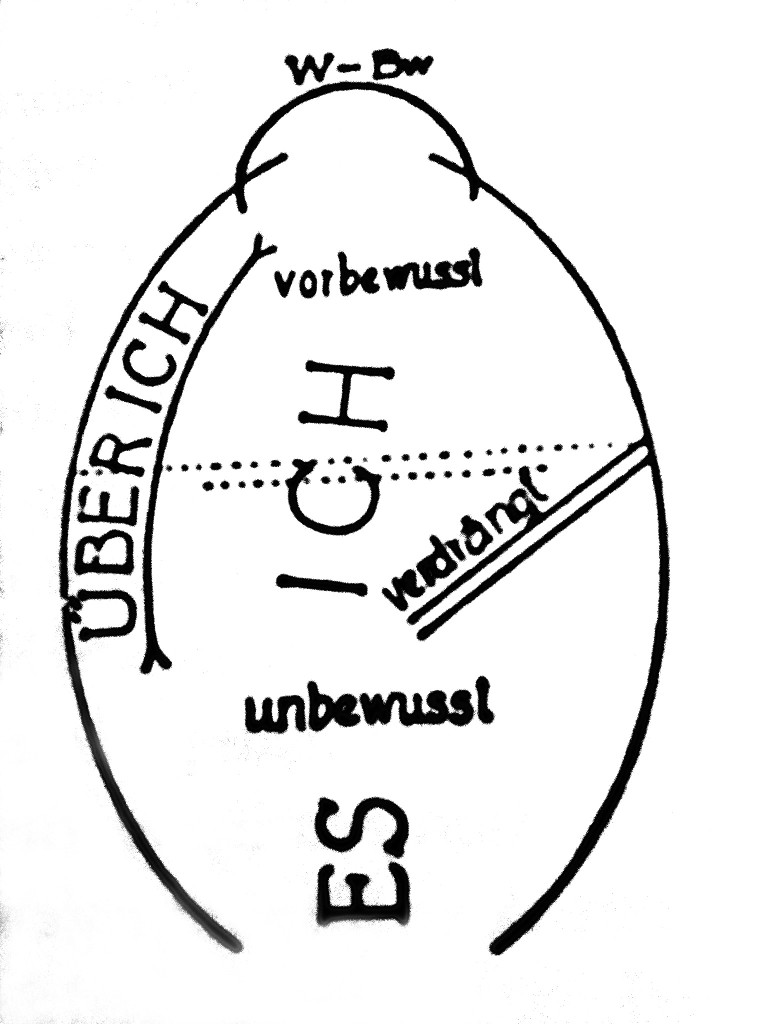 Perhaps Freud’s single most enduring and important idea was that the human psyche (personality) has more than one aspect. From 1920 onward, Freud made the theoretical move of focusing on two big binary principles: life and death. According to Freud, they make up each individual human being, which by now he defined as the combination the id, the ego and the superego.[4] The Ego and the Id develops a line of reasoning as a groundwork for explaining various (or perhaps all) psychological conditions, pathological and non-pathological alike. The id is the primitive and instinctive component of personality. Moreover, it is the only component of personality that is present from birth. It is the impulsive and unconscious part of our psyche which responds directly and immediately to the instincts. According to Freud, the id is the source of all psychic energy, making it the primary component of personality.

The ego is ‘that part of the id which has been modified by the direct influence of the external world’. It develops in order to mediate between the unrealistic id and the external real world and is the decision making component of personality. While the id is driven by the pleasure principle, which strives for immediate gratification of all desires, wants, and needs, the ego operates based on the reality principle, which strives to satisfy the id’s desires in realistic and socially appropriate ways.

The super-ego incorporates the values and morals of society which are learned from one’s parents and others. The main purpose of the super-ego is to control the id’s impulses, especially those which society forbids, such as sex and aggression. Now, psychological conditions result from powerful internal tensions. The ego — caught between the id and the super-ego — finds itself simultaneously engaged in conflict by repressed thoughts in the id and relegated to an inferior position by the super-ego. And at the same time, the interplay between the love instinct and the death instinct can manifest itself at any level of the psyche. [5]

In spite of the controversies that Freud continued to raise, he benefited from a wide recognition and as such was awarded the 1930 prestigious Goethe prize in Germany. Sick with cancer and wary of rising anti-Semitism, Freud fled for London in 1938 just before World War II and died there on September 23rd 1939, having committed suicide.[4]