You are here: Home › economics › The German Reinheitsgebot and the Secrets of Brewing Beer 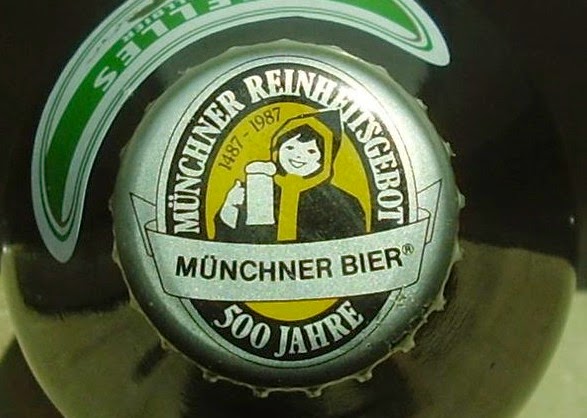 A crown cap, reading “500 Years of Reinheitsgebot in Munich

On April 23, 1516, in the city of Ingolstadt in the duchy of Bavaria, Duke Wilhelm IV. and Duke Ludwig X of Bavaria publish a new law that contains regulations about the price and the ingredients of beer. These Regulations later are called the ‘Reinheitsgebot‘ ( German Beer Purity Law), which states that the only ingredients that could be used in the production of beer are water, barley and hops.

Brewing regulations were widespread in the Middle Ages and were issued by city councils, guilds or sovereigns. Many are no longer preserved today. The following list contains only regulations which, from today’s point of view, are interpreted in terms of the Purity Law. However, most medieval and early modern brewing regulations did not correspond to the current idea of the purity law. When Friedrich Barbarossa granted the city of Augsburg municipal law on 21 June 1156, the beer quality was also mentioned in the ordinance. Thus it says in a paragraph of the Justitia Civitatis Augustensi, the oldest German city law at all: “If a beer-giver makes bad beer or gives unjust measure, he is to be punished...”.[5]

Due to a famine in Nuremberg in 1303, only barley and no other grain may be used for brewing beer. A 1348 decree of the city of Weimar states, among other things, that no brewer should do anything other than malt and hops with his beer. At that time, on the other hand, in some cities, especially in the Rhineland, hops were still banned as an additive to beer. For example, in 1381 the Archbishop of Cologne, who had the monopoly on Grut, forbade the brewing and importation of hop beer.

Assembly of the Estates of Bavaria

The German Reinheitsgebot was introduced at a meeting of an assembly of the Estates of Bavaria, at Ingolstadt, about 60 miles north of Munich. Next to the listed ingredients, the original law set the price of beer at one Pfennig per Maß. On this day however, the law is not longer active and was replaced by the Provisional German Beer Law, introduced in 1993. With the new law, some changes, which allowed the ingredients yeast, wheat malt and cane sugar were introduced. Back in the Medieval era, many brewers had used many problematic ingredients to preserve beers, including soot and fly agaric mushrooms. When the Reinheitsgebot came into effect, several penalties for not following the law were set, for instance, the confiscation of all questionable barrels is assumed to have occurred quite often. It is also believed that the Reinheitsgebot was introduced for economic reasons. The prevention of price competition with bakers for wheat and rye was intended in order to guarantee affordable bread. 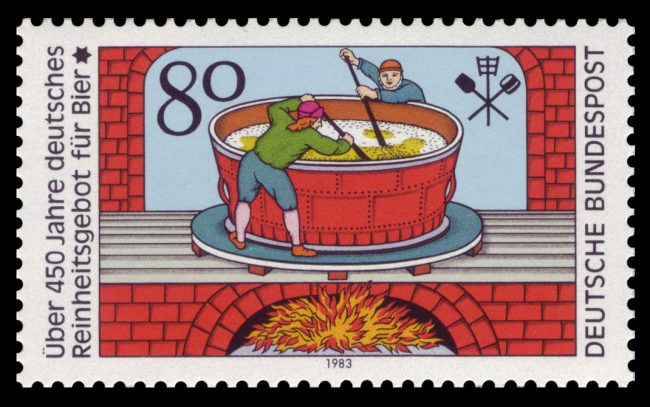 German stamp celebrating the history of the Reinheitsgebot

The Reinheitsgebot started to spread very slowly across Bavaria and later Germany. Bavaria insisted on its application throughout Germany as a precondition of German unification in 1871, to prevent competition from beers brewed elsewhere with a wider range of ingredients. Many brewers opposed the new law and they claimed that the Reinheitsgebot would lead to the extinction of many brewing traditions and local beer specialties, for instance the North German spiced beer and cherry beer were affected. In 1988 the law changed again and from then on, any ingredient that was allowed in other foods was not allowed in beer as well. However, these changes only applied to imported beers and beer brewed in Germany still has to abide to the law. On this day, many German breweries claim to follow the original Reinheitsgebot, even though this is often false.

However, the Reinheitsgebot remains the most famous law that regulates the brewing of beer, and continues to influence brewing not only in Germany, but around the world. Because of strong German consumer preferences, labeling beer as being compliant with Reinheitsgebot is believed to be a valuable marketing tool in Germany.