You are here: Home › physics › Sir Roger Penrose and the Singularity 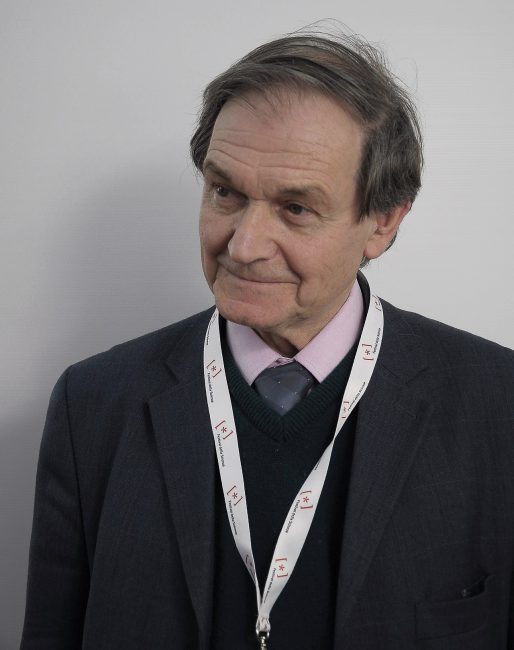 On August 8, 1931, English mathematical physicist, mathematician and philosopher of science. Sir Roger Penrose was born. Penrose is known for his work in mathematical physics, in particular for his contributions to general relativity and cosmology. In 1969, with Stephen Hawking, Penrose proved that all matter within a black hole collapses to a singularity, a geometric point in space where mass is compressed to infinite density and zero volume.

Roger Penrose was born in Colchester, Essex, England, as a son of psychiatrist and mathematician Lionel Penrose and Margaret Leather. In 1945, after the World War II ended, Penrose’s father was appointed as Professor of Human Genetics at University College London and Roger attended University College School in London, where he graduated with a first class degree in mathematics, and then decided to go to St John’s College Cambridge to undertake research in pure mathematics. In 1955, while still a student, Penrose reintroduced the E. H. Moore generalised matrix inverse, also known as the Moore–Penrose inverse, after it had been reinvented by Arne Bjerhammar in 1951. Having started research under Sir W. V. D. Hodge, Penrose finished his PhD in 1958, writing a thesis on “tensor methods in algebraic geometry” under John A. Todd, but by this time he had already become interested in physics. He devised and popularised the Penrose triangle in the 1950s, describing it as “impossibility in its purest form” and exchanged material with the artist M. C. Escher, whose earlier depictions of impossible objects partly inspired it. Escher’s Waterfall, and Ascending and Descending were in turn inspired by Penrose.[4] 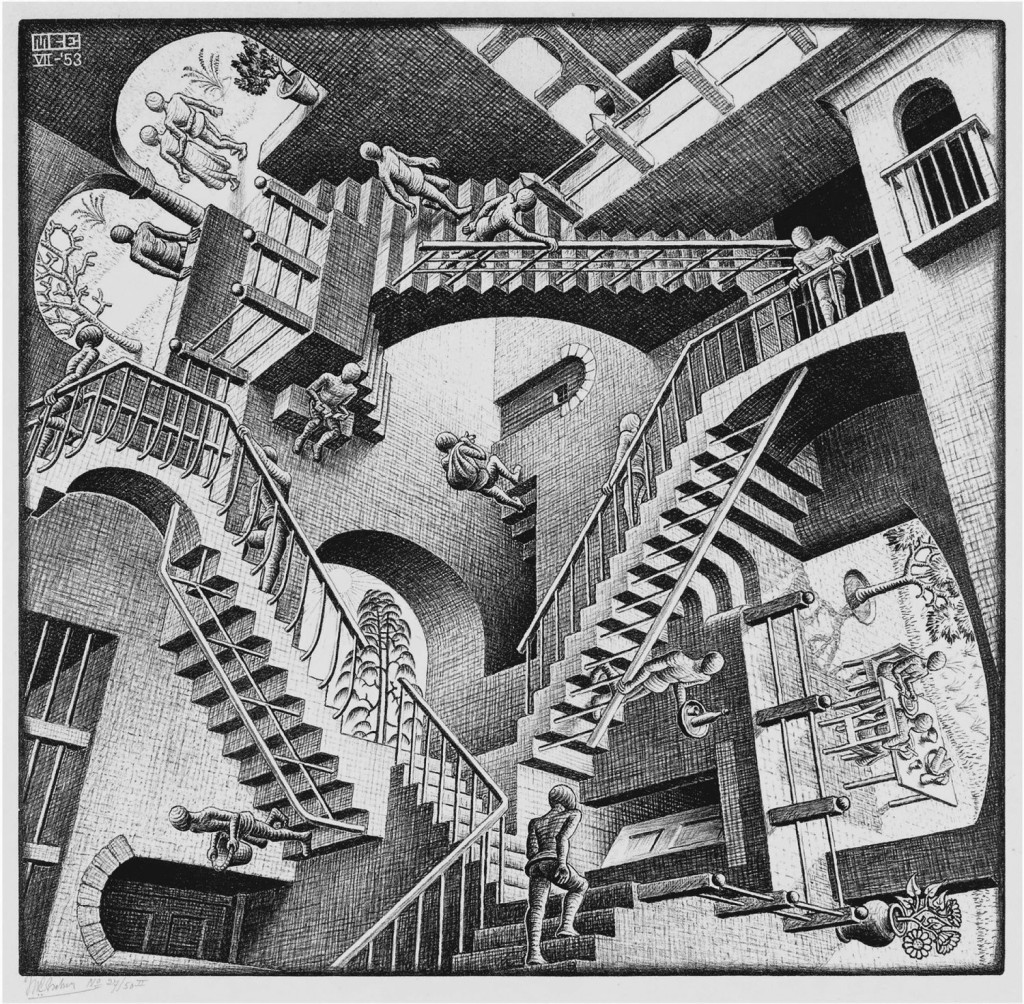 It was in 1964 that Roger Penrose revolutionized the mathematical tools to analyze the properties of spacetime (Spacetime is a four-dimensional continuum comprising three dimensions of space and one of time).[2] Until then work on the curved geometry of general relativity had been confined to configurations with sufficiently high symmetry for Einstein’s equations to be soluble explicitly, and there was doubt about whether such cases were typical. One radically innovative approach initiated by Penrose was to overlook the detailed geometrical structure of spacetime and instead concentrate attention just on the topology of the space, or at most its conformal structure, since it is the latter – as determined by the lay of the lightcones – that determines the trajectories of lightlike geodesics, and hence their causal relationships. The importance of Penrose’s epoque-making paper “Gravitational collapse and space-time singularities” was not only its result – roughly that if an object such as a dying star implodes beyond a certain point, then nothing can prevent the gravitational field getting so strong as to form some kind of singularity. It also showed a way to obtain similarly general conclusions in other contexts, notably that of the cosmological Big Bang, which he dealt with in collaboration with Dennis Sciama‘s most famous student, Stephen Hawking.[5]

It was in the local context of gravitational collapse that the contribution of Penrose was most decisive, starting with his 1969 cosmic censorship conjecture, to the effect that any ensuing singularities would be confined within a well-behaved event horizon surrounding a hidden space-time region for which Wheeler coined the term black hole, leaving a visible exterior region with strong but finite curvature, from which some of the gravitational energy may be extractable by what is known as the Penrose process, while accretion of surrounding matter may release further energy that can account for astrophysical phenomena such as quasars.[6]

Since the physical behavior of singularities is unknown, if singularities can be observed from the rest of spacetime, causality may break down, and physics may lose its predictive power. The issue cannot be avoided, since according to the Penrose-Hawking singularity theorems, singularities are inevitable in physically reasonable situations. Still, in the absence of naked singularities, the universe is deterministic. Failure of the cosmic censorship hypothesis leads to the failure of determinism, because it is yet impossible to predict the behavior of spacetime in the causal future of a singularity. Cosmic censorship is not merely a problem of formal interest; some form of it is assumed whenever black hole event horizons are mentioned.

Penrose is well known for his 1974 discovery of Penrose tilings, which are formed from two tiles that can only tile the plane nonperiodically, and are the first tilings to exhibit fivefold rotational symmetry. Penrose has written books on the connection between fundamental physics and human (or animal) consciousness. In The Emperor’s New Mind (1989), he argues that known laws of physics are inadequate to explain the phenomenon of consciousness. Penrose proposes the characteristics this new physics may have and specifies the requirements for a bridge between classical and quantum mechanics. Hawking had written a book to similar acclaim a couple of years before but had not tried to include any equations other than Einstein’s e = mc2. Penrose’s book includes that equation and hundreds of others as it ranges over computers, minds, and the laws of physics, to mention just the subjects explicitly named in the subtitle [3]. Marvin Minsky, a leading proponent of artificial intelligence, was particularly critical, but we will keep this argument for a later article.