You are here: Home › literature › The Writings of Robert Louis Stevenson 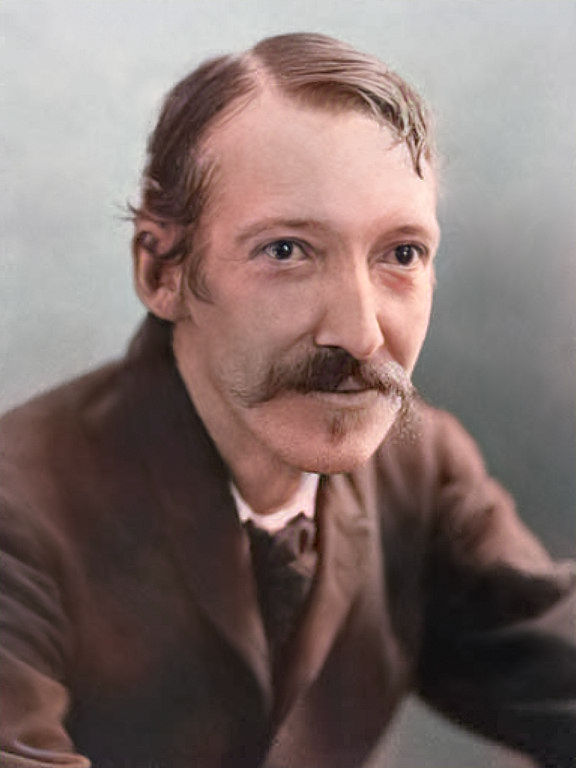 On November 13, 1850, Scottish novelist, poet, essayist, and travel writer Robert Louis Stevenson was born. A literary celebrity during his lifetime, Stevenson wrote famous books such as Treasure Island, Kidnapped, and Strange Case of Dr Jekyll and Mr Hyde. Stephenson is ranked the 26th most translated author in the world, ahead of fellow nineteenth-century writers Oscar Wilde [1] and Edgar Allan Poe [2]. I don’t know how it is for you, but I grew up with the characters from Robert Louis Stevenson‘s novels. Even as a child, I have rather early memories on listening to a radio drama of Treasure Island, sharing the thrills and the atmosphere with treacherous Long John Silver and Jim Hawkins. Later on, of course I saw Dr. Jekyll and Mr. Hyde first in a movie adaption, I guess it was the 1931 movie starring Frederic March, who won an Oscar for his performance. But, let’s have a look on the author Robert Louis Stevenson.

“There is no foreign land; it is the traveller only that is foreign, and now and again, by a flash of recollection, lights up the contrasts of the ear.”
– Robert Louis Stevenson, The Silverado Squatters (1883).

Stevenson was born in Edinburgh, Scotland, the only son of Thomas Stevenson, a prosperous lighthouse engineer, and his wife, Margaret Isabella Balfour. His poor health made regular schooling difficult, but he attended Edinburgh Academy and other schools before, at age 17, entering Edinburgh University, where he was expected to prepare himself for the family profession of lighthouse engineering. But Stevenson had no desire to be an engineer. In April 1871, Stevenson notified his father of his decision to pursue a life of letters. To provide some security he eventually agreed with his father, as a compromise, to prepare instead for the Scottish bar. During his years at the university he rebelled against his parents’ religion and set himself up as a liberal bohemian who abhorred the alleged cruelties and hypocrisies of bourgeois respectability [3].

In late 1873, on a visit to a cousin in England, Stevenson met two people who were to be of great importance to him, Sidney Colvin and Fanny Sitwell. Sitwell was an attractive 34-year-old woman with a son, separated from her husband. Stevenson was drawn to her, and over several years they kept up a heated correspondence in which Stevenson wavered between the role of a suitor and a son. Colvin became Stevenson’s literary adviser and after his death was the first editor of Stevenson’s letters. Stevenson was soon active in London literary life, becoming acquainted with many of the writers of the time. Later in 1873 Stevenson suffered severe respiratory illness and was sent to the French Riviera, where Colvin later joined him. He returned home the following spring. In July 1875 he was called to the Scottish bar, but he never practiced. Stevenson was frequently abroad, most often in France. Two of his journeys produced An Inland Voyage (1878) and Travels with a Donkey in the Cévennes (1879). His career as a writer developed slowly.

“For my part, I travel not to go anywhere, but to go. I travel for travel’s sake. The great affair is to move.”
– Robert Louis Stevenson, Travels with a Donkey in the Cévennes (1878).

In 1876 Stevenson met Fanny Vandegrift Osbourne, an American lady ten years his senior, separated from her husband, and the two fell in love. Stevenson’s parents’ horror at their son’s involvement with a married woman subsided somewhat when she returned to California in 1878, but it revived with greater force when Stevenson decided to join her in August 1879. Stevenson followed her to San Francisco, California, ill and penniless, where she obtained a divorce from her husband and married Stevenson in May 1880. In August 1880, the Stevensons returned to England. Stevenson life from this point forward is centered on a search of a climate where he could live without the fears of his failing health. He and his wife wintered in the South of France and lived in England from 1880-1887, and this time was marked by an active period of literary achievement. His first novel, Treasure Island, was published in 1883, followed by The Strange Case of Dr. Jekyll and Mr. Hyde (1886) and Kidnapped (1886). For the first time in his life, Stevenson had became a popular author. 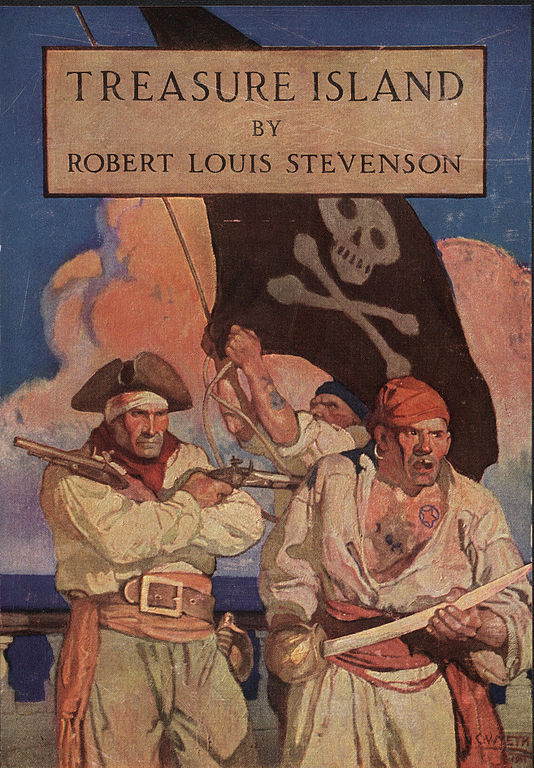 After his father’s death in 1887, Robert Louis Stevenson decided to leave England and sailed for America. During the intensely cold winter Stevenson wrote some of his best essays, began The Master of Ballantrae, and lightheartedly planned, for the following summer, a cruise to the southern Pacific Ocean. “The proudest moments of my life,” he wrote, “have been passed in the stern-sheets of a boat with that romantic garment over my shoulders.” In May 1888, accompanied by his wife, his step-son, and his mother, he set sails for the South Seas. Eventually, Stevenson was so enchanted by the life of the South Seas that in December 1889 he bought an estate in Apia, Samoa, convinced that he could never endure the harsh winters of his native Scotland or England. Apia was a perfect location because the climate was tropical but not wild, the people were friendly and hard working, and it possessed a good postal service.[4] He bought a plantation (Vailima), built a house, and gained influence with the natives, who called him Tusifala (“teller of tales”).

The island setting stimulated Stevenson’s imagination, and, subsequently, influenced his writing during this time: Several of his later works are about the Pacific isles, including The Wrecker (1892), Island Nights’ Entertainments (1893), The Ebb-Tide (1894) and In the South Seas (1896). Toward the end of his life, Stevenson’s South Seas writing included more of the everyday world, and both his nonfiction and fiction became more powerful than his earlier works. These more mature works not only brought Stevenson lasting fame, they helped to enhance his status with the literary establishment when his work was re-evaluated in the late 20th century, and his abilities were embraced by critics as much as his storytelling had always been by readers.[5] On December 3, 1894, at forty-four years of age, Stevenson died of a cerebral hemorrhage.

“Our business in this world is not to succeed, but to continue to fail, in good spirits.”
– Robert Louis Stevenson, Complete Works, vol. 26,

Immediately after his death, biographers and commentators praised Stevenson lavishly, but in the 1920s and 1930s critics labeled his prose as imitative and pretentious. After several decades in the 1960s however, his work was reconsidered and finally taken seriously by the academic community. Anyway, Treasure Island and Dr. Jekyll and Mr. Hyde continue to be widely read over a century after they were first published, and for sure they will further remain popular.