You are here: Home › space › Mariner 9 – The first Spacecraft to Orbit another Planet 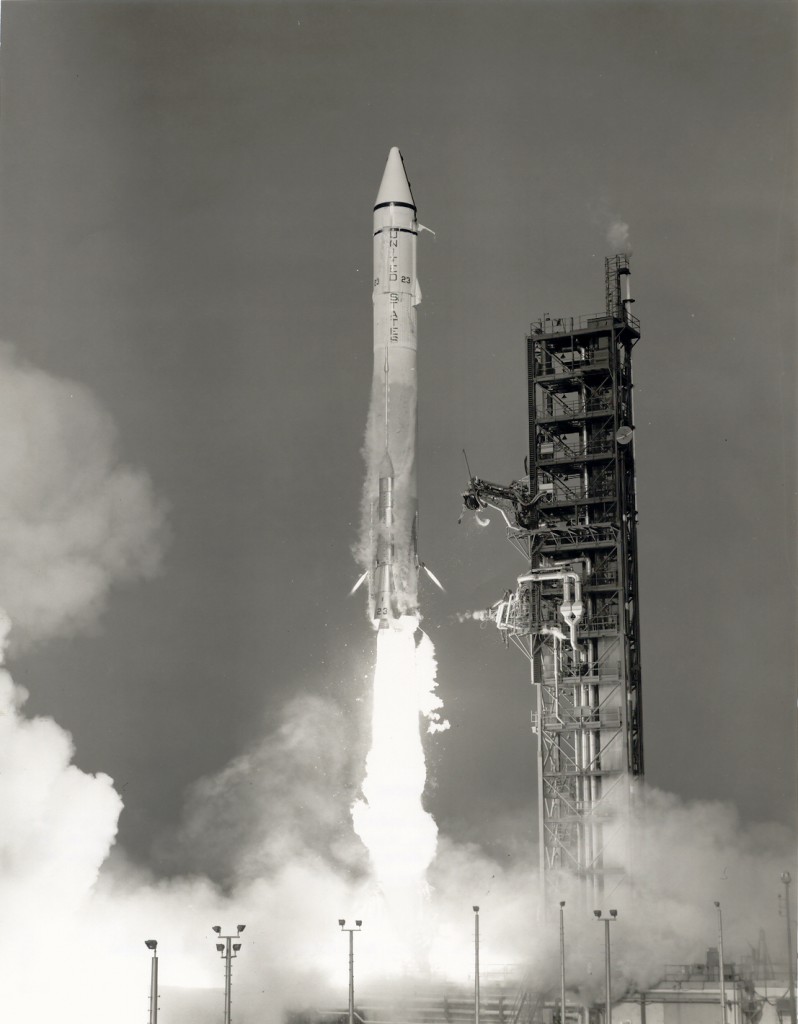 On November 14, 1971, U.S. spacecraft Mariner 9 was the first spacecraft to orbit another planet – only narrowly beating the Soviets’s Mars 2 and Mars 3, which both arrived within a month. After months of dust storms it managed to send back clear pictures of Mars’ surface.

The Exploration of Mars

Many unmanned space probes have been sent to Mars, some of which were successful. About half of the missions ended in failure, most of which were Soviet probes. The two Soviet probes Marsnik 1 and 2 were launched in October 1960 to fly past Mars, but did not even reach Earth orbit. In 1962, three more Soviet probes (Sputnik 22, Mars 1, and Sputnik 24) failed; two of them remained in Earth orbit, and the third lost contact with Earth en route to Mars. Another attempt in 1964 also failed. Between 1962 and 1973, ten Mariner spacecraft were designed and built by NASA’s Jet Propulsion Laboratory to explore the inner solar system. These were relatively small probes, most weighing less than half a ton. Mariner 3 and Mariner 4 [4] were identical space probes designed to fly by Mars. Mariner 3 was launched on November 5, 1964, but the transport fairing did not release properly, and the probe did not reach Mars. Three weeks later, on November 28, 1964, Mariner 4 was successfully sent on an eight-month journey to the Red Planet. On July 15, 1965, the probe flew by Mars and provided the first close-up images – 22 photos in all – of the planet. The images showed lunar-like craters, some of which appeared to be covered with frost. In 1969, Mariner 6 and Mariner 7 followed, providing a total of 200 photos.

Mariner 8 and 9 had the task of entering orbit around Mars for the first time. The probes were based on Mariner 6 and 7, but were considerably heavier, since an engine and propellants for deceleration into Mars orbit were now also added. Mariner 8 and 9 each weighed 998 kg, of which 63.1 kg was instrumentation. These instruments were improved versions of those on Mariner 6 and 7, with the addition of an infrared spectrometer. The camera, in particular, was greatly improved and made much sharper images than Mariner 6 and 7. Originally, Mariner 8 was to map the planet with the wide-angle camera and Mariner 9 was to take detailed images of areas of particular interest with the telephoto camera. After the launch failure of Mariner 8 on May 8, 1971, caused by a defective diode in the Centaur upper stage control computer, the Mariner 9 program was changed. Mariner 9 was designed to continue the atmospheric studies and map over 70% of the Martian surface from the lowest altitude of 1500 kilometers and at the highest resolutions of any previous Mars missions. With the help of an infrared radiometer, Mariner 9 was supposed to detect heat sources in search of evidence of volcanic activity in order to study temporal changes in the Martian atmosphere and surface. 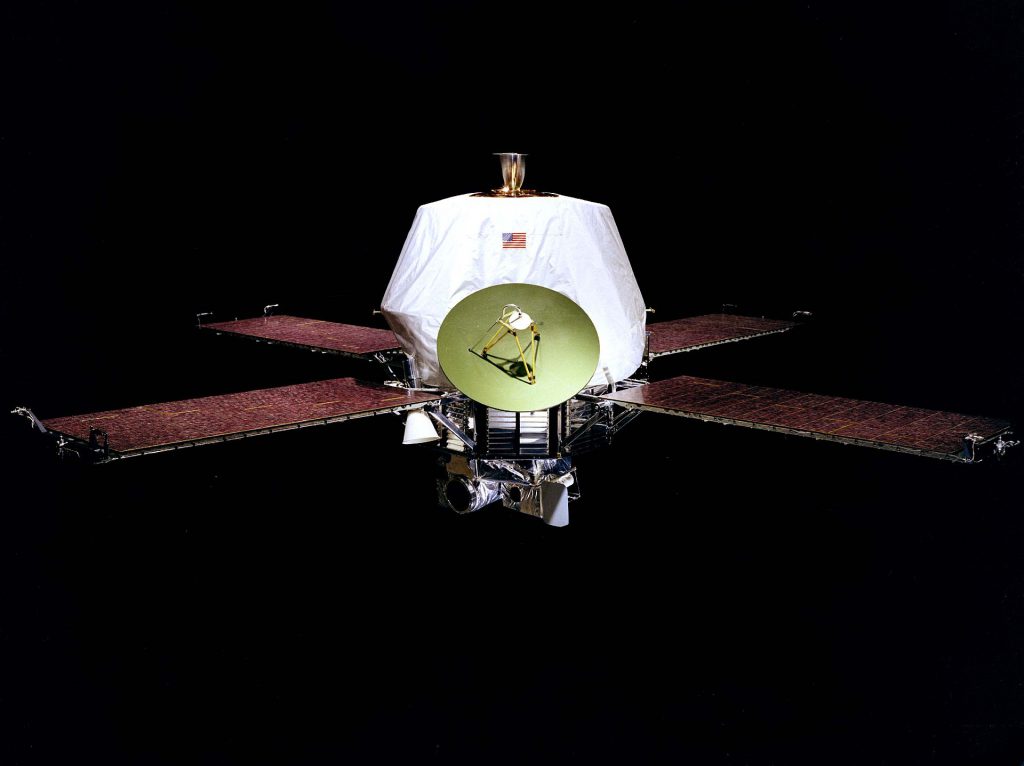 The First Spacecraft to Orbit Another Planet

Mariner 9 was the first spacecraft to orbit another planet and carried a large instrument payload. When the unmanned space probe arrived at Mars the scientists were suprised with a thick atmosphere and “a planet-wide robe of dust, the largest storm ever observed.” They re-programmed Mariner to delay imagine of the surface for a couple of months until the dust settled. Mariner 9 was able to significantly contribute to the collection of Mars science, including understanding of the existence of several huge high-altitude volcanoes of the Tharsis Bulge that gradually became visible as the dust storm abated. The time between observation of detailed regions was extended from five to 17 days. Each day, the spacecraft made more than 21 hours of recordings (max. 36 pieces) on the tape recorder and transmitted them to Earth during the remaining three hours. Mostly the recordings were made near the closest point to Mars. Already in July 1971 a leak was noticed in the nitrogen tank, which was used for attitude control with 176 bar pressure. This limited the mission duration, because now the spacecraft continuously lost nitrogen and the pressure dropped. After 349 days in orbit, the pressurized gas was exhausted on October 27, 1972, and the probe was shut down. It had transmitted 7329 images to Earth by then. The delivered images revealed river beds large crater as well as massive volcanoes including Olympus Mons, the largest known volcano in our Solar System.

Mariner 9 view of the Noctis Labyrinthus “labyrinth” at the western end of Valles Marineris on Mars.

The enormous Valles Marineris canyon system is named after Mariner 9 in honor of its achievements. To control for errors in the reception of the grayscale image data sent by Mariner 9 (caused by a low signal-to-noise ratio), the data had to be encoded before transmission using a so-called forward error-correcting code (FEC). Without FEC, noise would have made up roughly a quarter of a received image, while the FEC encoded the data in a redundant way which allowed for the reconstruction of most of the sent image data at reception. Mariner 9 remains a derelict satellite in Mars orbit. Mariner 9 is expected to remain in orbit until approximately 2022, when the spacecraft is projected to enter the Martian atmosphere and either burn up or crash into the planet’s surface.