You are here: Home › photography › Recovering the Lost Lunar Photographs 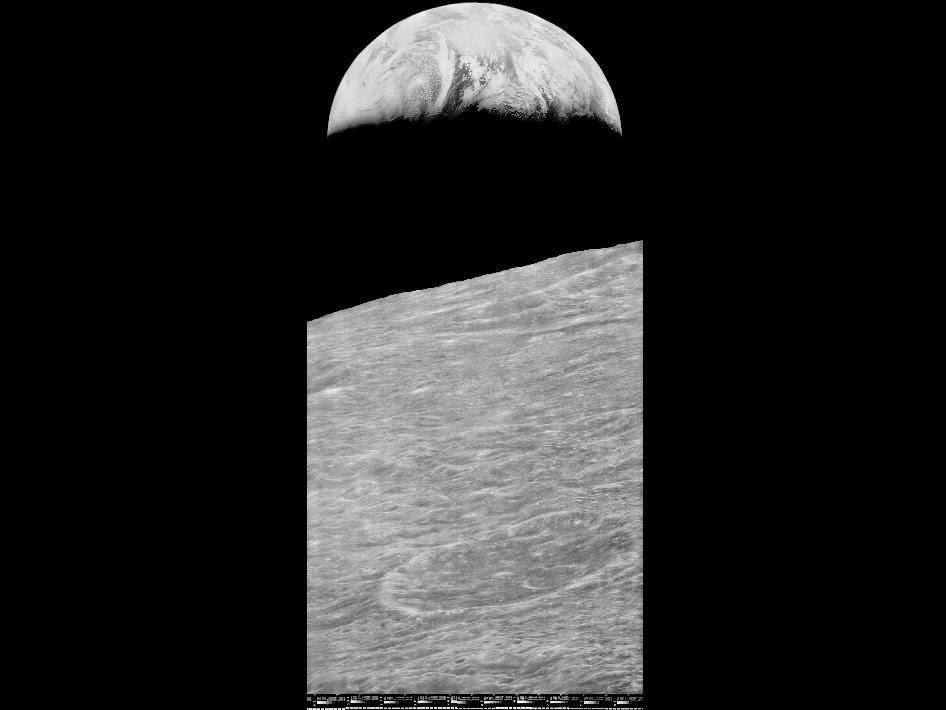 Maybe you remember that we had an article on the very first image of the Earth taken from abroad?[1] It was an image taken in 1966 by one of the Lunar Orbiter space probes, which had the task of taking closeup pictures of the lunar surface to find a well suited landing spot for the upcoming Apollo Moon missions. Well, you might wonder, how these photographs came back to Earth. Well, the Lunar Orbiter space probes were equipped with high resolution photographic cameras. The images were developed on 70mm film on board of the space probe, scanned into strips called framelets using something akin to an old fax machine reader and sent back via analog modulated radio transmission to Earth. What was missing was the proper equipment to print out these photographs with the proper dynamic range and the resolution that 70mm film is able to offer.

Lunar Orbiter 1 was launched on 10 August 1966 aboard an Atlas-Agena D. After reaching the park orbit, the probe was brought to the moon by igniting the engines on an orbit. It reached the moon 92 hours after launch and swung into a strong elliptical orbit of about 189 km by 1,866 km. The first images were transmitted on 18 August. On 21 and 25 August the orbit was lowered as planned. After the last lowering the orbiter had an orbit of 39 times 1,685 km. By the end of the mission on 29 October 1966, Lunar Orbiter had transmitted a total of 187 wide-angle and 42 telephoto images. This allowed 5 million square kilometers of the lunar surface to be photographed, although some of the first high-resolution images showed motion-related blurring. In addition, the first two images of the Earth were taken from the moon.

“The photos were stored with remarkably high fidelity on the tapes, but at the time had to be copied from projection screens onto paper, sometimes at sizes so large that warehouses and even old churches were rented out to hang them up. The results were pretty grainy, but clear enough to identify landing sites and potential hazards. After the low-fi printing, the tapes were shoved into boxes and forgotten.” (from Wired article) 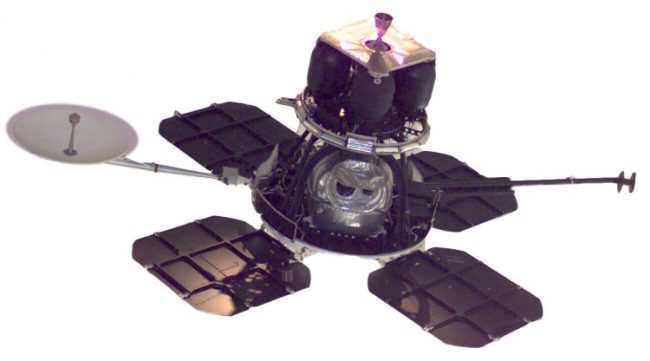 Some gifted Hackers started the Lunar Orbiter Image Recovery project a while ago to recover these old photographs from tape and to make it available in the best available digital quality (as you can see for yourself in the image above). You can read the whole story in Wired “The Hackers Who Recovered NASA’s Lost Lunar Photos” and you can read more about the Lunar Orbiter Image Recovery Project at NASA.

The Lunar Orbiter: A Spacecraft to Advance Lunar Exploration, [5]