You are here: Home › music › Claude Joseph Rouget de Lisle and the Marseillaise 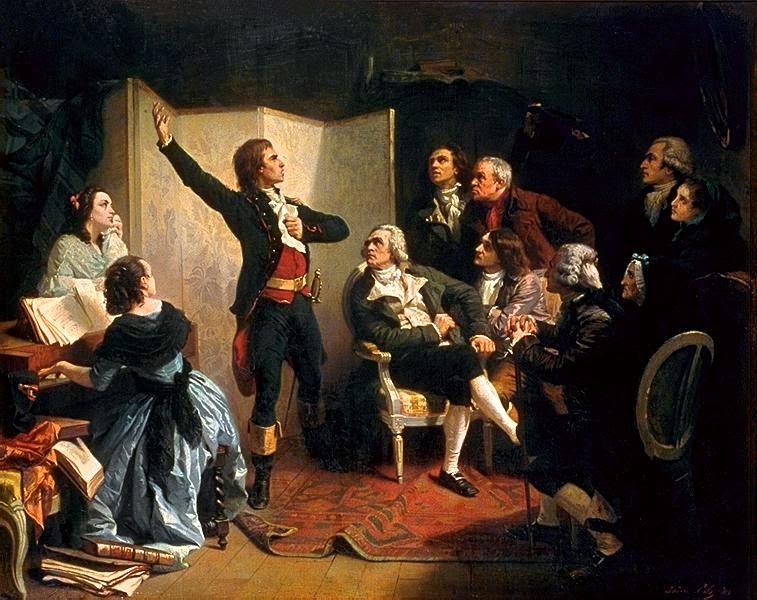 Everybody knows the French National Anthem

I’m pretty sure that almost everybody knows the French national anthem, the so-called Marseillaise, simply because of its numerous references throughout music history as well as from movies. Above all, of course ‘All you need is Love‘ from The Beatles. But, there are not so many who know about the history of that unique song. Sure, some might know that it has something to do with the French Revolution. But, why is it called ‘La Marseillaise‘? Let’s take a look at the history of the French National Anthem.

Composed on Request for the Army of the Rhine

On 25 April 1792, the mayor of Strasbourg requested his guest Rouget de Lisle compose a song “that will rally our soldiers from all over to defend their homeland that is under threat“. That very evening, war was declared to Austria and Rouget de Lisle wrote Chant de guerre pour l’Armée du Rhin (English: “War Song for the Army of the Rhine“), and dedicated the song to Marshal Nicolas Luckner, a Bavarian in French service, who was Commander-in-Chief of Straßburg. Luckner was born in the small German village of Cham, where you can hear La Marseillaise played every day at noon by a carillon on the market place to this day.

Where the Name comes from

But why is it called La Marseillaise? The melody soon became the rallying call to the French Revolution and was adopted as La Marseillaise after the melody was first sung on the streets by volunteers (fédérés in French) from Marseille by the end of May. These fédérés were making their entrance into the city of Paris on 30 July 1792 after a young volunteer from Montpellier called François Mireur had sung it at a patriotic gathering in Marseille, and the troops adopted it as the marching song of the National Guard of Marseille. A newly graduated medical doctor, Mireur later became a general under Napoléon Bonaparte and died in Egypt during Napoleon’s Egyptian campaign at age 28.

The song’s lyrics reflect the invasion of France by foreign armies (from Prussia and Austria) that were underway when it was written. Strasbourg itself was attacked just a few days later. The invading forces were repulsed from France following their defeat in the Battle of Valmy. [4] As the vast majority of Alsatians did not speak French, a German version (Auf, Brüder, auf dem Tag entgegen) was published in October 1792 in Colmar. The Convention accepted it as the French national anthem in a decree passed on 14 July 1795, making it France’s first anthem.

Later under Napoleon Bonaparte it lost this status and the song was banned outright in the following French restauration by Louis XVIII and Charles X, only being re-instated briefly after the French July Revolution of 1830. During the 19th and early 20th centuries, “La Marseillaise” was commonly recognized as the anthem of the international revolutionary movement. As such, it was also adopted by the Paris Commune in 1871. Eight years later, in 1879, it was finally restored as France’s national anthem, and has remained so ever since.

As mentioned above, The Beatles were not the first to quote the Marseillaise in their music. In classical music, maybe Pyotr Ilyich Tchaikovsky’s reference in his famous 1812 Overture (written in 1882) might be the most famous. Tchaikovsky quoted “La Marseillaise” to represent the invading French army, followed by quoting the Russian national anthem to represent the Russian army. However, neither of these anthems was actually in use in 1812.