You are here: Home › cinematography › Peter Lorre – A Stranger in Paradise 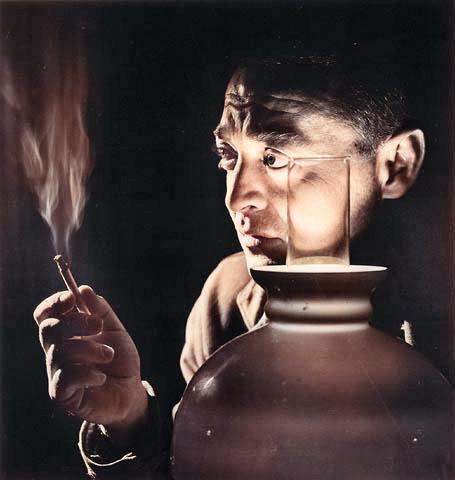 On June 26, 1904, Hungarian-born American character actor of Jewish descent Peter Lorre was born. He went down in film history in 1931 with his portrayal of the uncanny child murderer in Fritz Lang‘s classic M.[1] After his emigration he worked as a successful character actor of often shady characters in Hollywood, among others in The Maltese Falcon, Casablanca, and Arsenic and Old Lace.

“You know I can get away with murder. The audience loves me.”
– Peter Lorre

A Bank Clerk becomes an Actor

Peter Lorre was born László Loewenstein in Rosenberg, Hungary (today Slovakia) as a child of a Jewish family. He grew up in Vienna and attended a German elementary school. After the death of his mother, the family moved to Vienna in 1913, where he later worked as a bank clerk. In 1922 he came to acting through Jacob Levy Moreno. Under the direction of Moreno Lorre took part in a group, which represented on the streets of Vienna current events of the time scenically in form of the street theatre, a special form of the Stegreiftheater. The attempt was made to include passers-by who happened to be passing by. Among other things, Lorre played the role of a murderer, who at the time was up to his ears in Vienna. The joy and the success he had contributed to his decision to become an actor. In 1923 Lorre made his stage debut (still under his original name). He got the pseudonym “Peter Lorre” in 1925.

In the following years he played at the Vereinigte Breslauer Bühnen, the Hamburger Thalia Theater and the Zürcher Schauspielhaus. One of his first public successes was the title role in the play Das tapfere Schneiderlein (The Brave Little Tailor), which he partly wrote himself. After an argument with the director Lorre stood on stage in Vienna at the side of Hans Moser, Paul Verhoeven and Marlene Dietrich. In 1929 Lorre made his screen debut in the Ufa film Die verschwundene Frau (The Woman who Disappeared). In the same year he could be seen at the Berliner Volksbühne. During one of these engagements he met his later wife, the actress Cäcilie Lvovsky, with whom he lived from 1930.

Breakthrough as a Psychopath

Lorre achieved his great international breakthrough in 1931 when he was cast by Fritz Lang for the leading role in M. His impressive and intensive portrayal of the child murderer Hans Beckert contributed substantially to the great success of the film.[1] When the National Socialists came to power under Adolf Hitler in 1933, Lorre went back to Vienna; allegedly Joseph Goebbels personally suggested him to flee. His last film role in a German-language movie he played in Unsichtbare Gegner (Invisible Enemies, 1933). A planned Kaspar-Hauser project didn’t come about anymore.[4]

Towards the end of 1933, Lorre settled in Paris with his fiancée Cäcilie. There he kept his head above water with small odd jobs, among others at the radio. In 1934 the Hollywood producer Harry Cohn became aware of him and he got a contract with his studio, Columbia Pictures. After finishing the shooting of Alfred Hitchcock‘s The Man Who Knew Too Much in London Lorre moved to the USA in 1935.[5] There he met again numerous former colleagues who were also in exile (among others Fritz Lang, Bertolt Brecht, Marlene Dietrich and Billy Wilder, with whom he shared a room).[6,7] At the beginning Lorre had difficulties to gain a foothold in Hollywood, which was mainly due to his poor knowledge of English. He didn’t want to accept smaller roles in insignificant B-movies; numerous other projects failed because of the financing. So it took more than a year until Lorre could be seen on the screen again in the MGM production Mad Love. With Columbia he shot only one film at that time: Crime and Punishment von Josef von Sternberg, in this Dostojewski adaptation he played the role of the murderer Raskolnikow.

The title role in Think Fast, Mr. Moto  made Lorre known to a wider audience in the USA in 1937. The film was so popular that it had seven sequels by 1939. Lorre had another great success in 1941 with the film noir classic The Maltese Falcon by John Huston, in which he was shown next to Humphrey Bogart and Sydney Greenstreet. With Greenstreet, who acted as his perfect counterpart both physically and character-wise, he shot a total of eight movies. Beside the massive, stoic Greenstreet the slim Lorre usually played nervous, crafty guys who couldn’t be trusted.

Also with Bogart and Greenstreet, Lorre shot the love drama Casablanca in 1942, which earned around 4 million dollars in the USA alone (with a budget of almost one million dollars) and was awarded three Oscars. In the same year he became a US citizen. Meanwhile he had become a very busy and sought-after actor with an average of four films per year. His rise was overshadowed only by financial problems, which accompanied him constantly due to his wasteful lifestyle.

“Me act? Why, I just make faces! Really, that’s all I do, I make lots of faces and they pay me for it.”
– Peter Lorre

In 1944 Lorre founded the organization Council for a Democratic Germany together with Bertolt Brecht, Lion Feuchtwanger, Heinrich Mann and other well-known exiled Germans.[8] At the same time he shone next to Cary Grant in the black humorous theatrical adaptation Arsenic and Old Lace, which had already been shot in 1941, but because of the still running stage version on Broadway only came into the cinemas in 1944.

He divorced Cäcilie and married the actress Kaaren Verne, a native German. This marriage lasted until 1950. After the bankruptcy of his own production company and several failures Lorre got in contact with drugs and was arrested in 1947. After a stay in a rehab clinic, he worked mainly for various radio stations. His reading of the story The Tell-Tale Heart by Edgar Allan Poe for the radio station NBC attracted great attention.[9]

When the witch hunt for potential communists in the film industry began in the late 1940s under Senator McCarthy, Lorre was one of the most prominent opponents of this policy. But as he hardly got any role offers (see McCarthy-era, black list) he was on the brink of financial ruin in 1949. Thereupon he returned to Germany and with (The Lost) he shot his first and only film as a director which he directed in the style of the film noir. The Lost One, with Lorre in the leading role of a murderer protected by the National Socialists, was perhaps also because of his dark subject no public success in post-war Germany and found no distributor in the USA. Then he finally turned his back on Germany.

In 1954 he was seen in one of his last major Hollywood productions, Disney’s Jules Verne adaptation 20,000 Leagues under the Sea next to Kirk Douglas. In the third episode of the television series Climax!, Casino Royale (based on Ian Fleming’s James Bond novel of the same name), he played the villain. He is considered to be the first Bond villain ever. After a heart attack in 1959, Lorre went into high debt and had to sell his ranch. In order to make money, from 1962 he played alongside Boris Karloff and Vincent Price in several B-movies, horror comedies of the directors Roger Corman and Jacques Tourneur, which achieved cult status in the following years.

Peter Lorre died of a stroke at age 59 on May 23, 1964, in Hollywood in his apartment, half hour after a scheduled divorce hearing for his estranged wife, the former Anna Marie Stoldt.