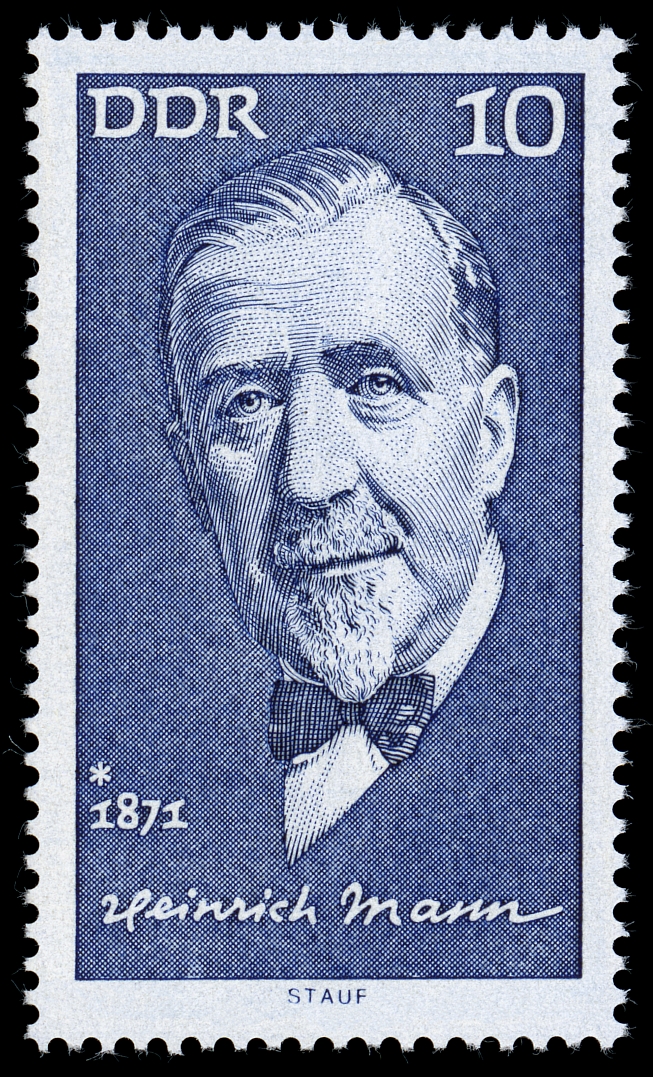 On March 27, 1871, German novelist Luiz (Ludwig) Heinrich Mann was born. Being the elder brother of Nobel laureate Thomas Mann,[4] he wrote works with strong social themes. His numerous criticisms of the growth of fascism forced him to flee for his life after the Nazis came to power in 1933. His book “Professor Unrat” was freely adapted into the legendary movie “Der Blaue Engel” starring Marlene Dietrich in her first major role.

“An intellectual who accommodates the ruling caste betrays the spirit. For the spirit is not conservative and grants no privileges. It dissolves; it equalizes; and it pushes through the ruins of hundreds of castles toward the final fulfillment of truth and justice, and their completion, even if it is the completion of death.”
– Heinrich Mann, “Geist und Tat,” Essays (1960), p. 14, as cited in Russell Berman, Modern Culture and Critical Theory (1989), p. 45

Heinrich Mann and the Mann Family in Lübeck

Heinrich Mann was born in Lübeck, as the oldest child of Thomas Johann Heinrich Mann and Júlia da Silva Bruhns. His father came from a bourgeois family of grain merchants and was a Senator for economics and finance of the Hanseatic city of Lübeck. Already as a young man, Heinrich Mann suffered from a lung disease, hemoptysis, and spent time in sanatoria and at health resorts. [1] After graduating from the Gymnasium, Heinrich Mann began an apprenticeship as a bookseller in Dresden, and in 1891/1892 Mann did his voluntary service at the S. Fischer publishing house in Berlin. After the death of his father, the family moved to Munich in 1903, while Heinrich, now being financially independent, studied at the Friedrich Wilhelm University in Berlin and began his career as a freier Schriftsteller or free novelist.

At first a disciple of the French realists, especially Émile Zola [5] and Guy de Maupassant,[6] he wrote impressions, sketches, novelettes, and some poetry. His first novel, In einer Familie (In a Family, 1894), was published at his mother’s expense. It was as a reviewer that he made a name for himself from 1891 to 1896. Heinrich Mann’s first creative phase, from 1900 to 1914, began with a realistic, even naturalistic novel entitled Im Schlaraffenland (In the Land of Cockaigne, 1900) portraying the decadence of high society. In 1903, his most productive year, two more novels followed, Die Göttinnen (Diana, 1903), a glorification of estheticism, and Die Jagd nach Liebe (Pursuit of Love, 1903), another novel of decadence.[2] 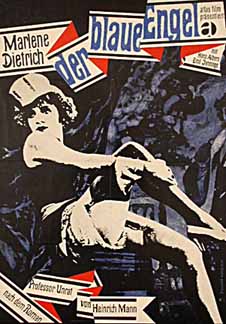 Heinrich Mann’s merciless portrait of a tyrannical provincial schoolmaster, Professor Unrat (Small Town Tyrant, 1905), became widely known through its film version Der blaue Engel (The Blue Angel, 1928), directed by Josef von Sternberg and starring Emil Jannings, Marlene Dietrich and Kurt Gerron. Originally, Heinrich Mann wanted his girlfriend, the actress Trude Hesterberg, to play the lead, but instead Marlene Dietrich was given her first sound role as the “actress” Lola Lola, which was the beginning of her world career. The novel earned Heinrich Mann also much respect during the Weimar Republic, since it satirized German society and explained how its political system had led to the First World War. His Kaiserreich trilogy consisting of Die Armen (The Poor, 1917); Der Untertan (The Patrioteer, 1918); and Der Kopf (The Chief, 1925) carries even further his indictment of the social types produced by the authoritarian state.[3]

A Prominent Spokesman of Democracy

“There are days when life is excessively dull. Go to bed; nothing else helps.”
– Heinrich Mann, The Unknown

Heinrich Mann was devastated in 1910 when his sister, Clara Mann, took her own life. Two years later, Mann married the actress Maria Kanová from Prague. When his brother Thomas Mann, in Gedanken im Kriege (1915, Thoughts in War), expressed support for the war, Heinrich Mann cut off all contact with him. It was in 1922, fostered by Thomas Mann’s wife Katja, that the two brothers reconciled. After 1918 Mann became a prominent spokesman for democracy. Together with Albert Einstein and other celebrities, Heinrich Mann was a signatory to an open letter in the New York Times condemning the murder of Croatian scholar Dr Milan Šufflay in 1931. In the same year, Heinrich Mann became the president of the poetry department of the Prussian Academy of the Art, which was closed two years later on account of Mann’s political activities, which included signing the appeal to the Communist Party of Germany and the Social Democratic Party of Germany against the National Socialists.

Mann became persona non grata in Nazi Germany and left even before the Reichstag fire in 1933. He first went to France where he lived in Paris and Nice. During the German occupation he made his way through collaborationist Vichy France to Marseille where he succeeded to escape to Spain and further to Portugal and then to America. The Nazis burnt Heinrich Mann’s books as “contrary to the German spirit” during the infamous book burning of May 10, 1933, which was instigated by propaganda minister Joseph Goebbels.

During the 1930s and later in American exile, Heinrich Mann’s literary popularity went downhill. Nevertheless, from 1935 to 1938 he wrote Die Jugend des Königs Henri Quatre (Young Henry of Navarre) and Die Vollendung des Königs Henri Quatre (Henri Quatre: King of Franc) as part of the Exilliteratur. The two novels sketched the life and importance of Henry IV of France and were acclaimed by his brother Thomas Mann. The plot, based on Europe’s early modern history from a French perspective, anticipated the end of French–German enmity. In 1939, Heinrich Mann married his second wife Nelly Kröger, who suffered from mental illness and committed suicide in 1944 while the Manns’ were living in California. During the emigration, became chairman of the Preparatory Commission of the German Popular Front and was named honorary president of the exiled Social Democratic Party of Germany.

Heinrich Mann died in Santa Monica, California, on March 11, 1950, lonely and without much money, just months before he was to move to East Berlin to become president of the German Academy of Arts.