You are here: Home › physics › Paul Langevin and the Langevin Dynamics 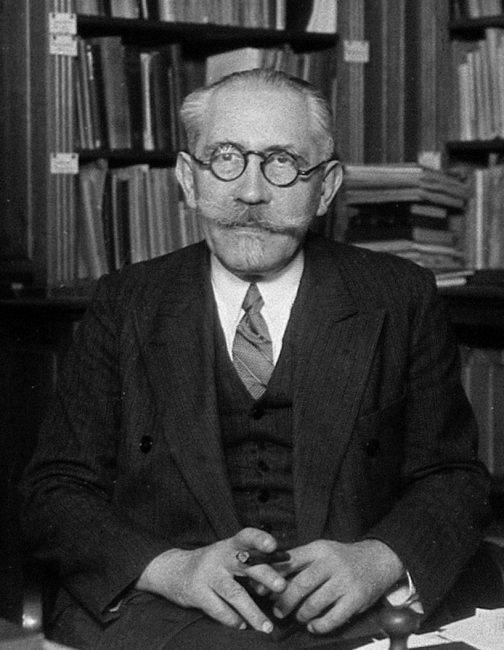 On January 23, 1872, French physicist Paul Langevin was born. He is best known for having developed Langevin dynamics and the Langevin equation. Being a public opponent against fascism in the 1930s resulted in his arrest and consequently he was held under house arrest by the Vichy government for most of the war. Langevin was also the first to explain (1905) the effects of paramagnetism and diamagnetism (the weak attraction or repulsion of substances in a magnetic field) using statistical mechanics.

Paul Langevin was born in Paris, the second son of Victor Langevin, an appraiser-verifier in the Montmartre section of Paris. He entered the local École Lavoisier and was reported to have been always first in his class. In 1891, he entered the École de Physique et Chimie and after a year of military service the École Normale Supérieure in 1893. Langevin’s enthusiasm was aroused by his contact with the school’s director and by his laboratory work, which was supervised by Pierre Curie, famous for his pioneering work in crystallography, magnetism, piezoelectricity and radioactivity. He then went to Cambridge University and studied in the Cavendish Laboratory under Sir J. J. Thomson.[1] Under Thomson’s direction, he worked on ionization by X rays, in the process discovering that X rays liberate secondary electrons from metals.[2]

Langevin returned to the Sorbonne working as a Ph.D. student at Jean Perrins’s laboratory, where he continued his investigations of the secondary effects of X rays. Being on close terms with the Curies, he was present at the birth of the study of radioactivity and obtained his Ph.D. from Pierre Curie [7] in 1902 with a dissertation on ionized gases, based on investigations he had begun at Cambridge. After being named Préparateur to Edmond Bouty at the Sorbonne, Langevin entered the Collége de France in 1902 to substitute for E. E. N. Mascart, whom he replaced in 1909. Meanwhile, he thought also at the École Municipale de Physique et Chimie, succeeding Pierre Curie in 1904, and at which he was later Director of Studies for 16 years (1909-1925), then at the École Nationale Supérieure de Jeunes filles (Sévres), replacing Marie Curie in 1906.[2,3] He was elected, in 1934, to the Académie des sciences.

His most famous work was in the use of ultrasound using Pierre Curie’s piezoelectric effect, i.e. certain ceramics and crystals accumulate electric charge in response to applied mechanical stress. During World War I, he began working on the use of these sounds to detect submarines through echo location. The British fleet was being systematically decimated by German submarines, whose stealthy attacks left the British defenseless. It already had been theorized for years that the distance to the bottom of a body of water could be determined by using a pulse of sound and measuring its travel time. The British army hoped that this same principle would provide a means for calculating the presence and position of submarines. Numerous scientists worked to this end, and in 1912 Russian engineer Constantin Chilowsky had built a device which was working with sound in principle, but was unable to generate a strong enough signal.[4] In 1916 and 1917, Paul Langevin together with Chilowsky filed two US patents disclosing the first ultrasonic submarine detector using an electrostatic method (singing condenser) for one patent and thin quartz crystals for the other. The amount of time taken by the signal to travel to the enemy submarine and echo back to the ship on which the device was mounted was used to calculate the distance under water. However the war was over by the time it was operational.

During his career, Paul Langevin also did much to spread the theory of relativity in France and created what is now called the twin paradox. This paradox is a famous thought experiment in special relativity involving identical twins, one of whom makes a journey into space in a high-speed rocket and returns home to find that the twin who remained on Earth has aged more. Moreover, as early as in 1904, Langevin suggested that the mass should be equal to E/c2, but he never published this formula and fully recognized Einstein’s priority in the proper formulation of the special theory of relativity.[3,6]

The Affair with Marie Curie

In 1910 he reportedly had an affair with the then-widowed Marie Curie. About four years after her husband, Pierre, had died in a road accident, the 43-year-old widow embarked on a highly charged love affair with the five year younger Langevin. But, Langevin was a married man and the father of four children. Langevin’s wife discovered the love letters that Marie had written to him and made the affair public with the publication of the letters, which scandalized France. The Swedish Academy of Sciences tried to dissuade Marie Curie to come to Stockholm to receive her Nobel prize so that she should not shake hands with the Swedish king.[5]

Despite his affair, Langevin received many honors during his lifetime. In 1915 he was honored by the Royal Society of London, and in 1928 he became a member. He was elected to many other foreign academies and to the Académie de Marine in Paris. Internationally Langevin’s influence became paramount in 1928, when he succeeded H. A. Lorentz as president of the Solvay International Physics Institute, of which he had been a member since 1921.

Langevin also was noted for being an outspoken opponent of Nazism, and was removed from his post by the French Vichy government following the occupation of the country by Nazi Germany. He was later restored to his position in 1944. He died in Paris in 1946 and is buried near several other prominent French scientists in the Pantheon in Paris.