You are here: Home › printing › Ottmar Mergenthaler – a Second Gutenberg 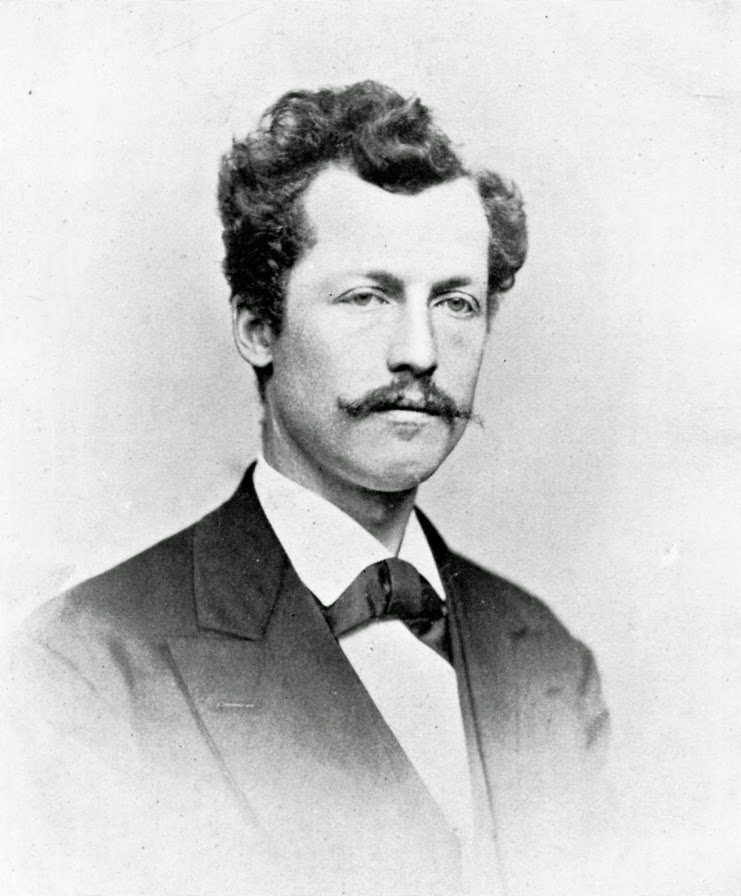 On July 3, 1886, the first Linotype machine invented by German inventor Ottmar Mergenthaler commenced operation for the New York Tribune. The Linotype was the first device that could easily and quickly set complete lines of type for use in printing presses and revolutionized the art of printing. Along with letterpress printing, linotype was the industry standard for newspapers, magazines and posters from the late 19th century to the 1960s and 70s, when it was largely replaced by offset lithography printing and computer typesetting. The name of the machine comes from the fact that it produces an entire line of metal type at once, hence a line-o’-type, a significant improvement over the previous industry standard, i.e., manual, letter-by-letter typesetting using a composing stick and drawers of letters. The machine revolutionized typesetting and with it especially newspaper publishing, making it possible for a relatively small number of operators to set type for many pages on a daily basis. Before Mergenthaler’s invention of the linotype in 1884, no daily newspaper in the world had more than eight pages.

Ottmar Mergenthaler – Youth and Emigration to the USA

Mergenthaler was born in 1854 in Hachtel, Württemberg, near Stuttgart. His father was a village schoolmaster and came from Hohenacker near Waiblingen. Already in autumn 1854 the father was transferred to Neuhengstett near Calw, where he stayed for four years, until he started schooling in Ensingen near Vaihingen an der Enz in summer 1858. There Ottmar experienced his youth. His mother died in 1859. In 1861 his father married Karoline Hahl, who was a devoted stepmother to young Ottmar and his siblings. Mergenthaler rejected his father’s wishes to become a teacher, choosing instead to work with machinery and make mathematical instruments. Thus, he was apprenticed to a watchmaker in Bietigheim for four years, before emigrating to the United States in 1872 to work with his cousin August Hahl in Washington, D.C, who had advanced him the money for the journey. The cousin’s company also produced numerous inventor models for which, according to the law of the time, a model had to be submitted with every patent application in Washington. This meant that Ottmar Mergenthaler was often in contact with new developments.

Mergenthaler eventually moved with Hahl’s shop to Baltimore, MD, where he became shop foreman. During this time there was a strong demand for a useful typesetting machine. People still worked with the manual typesetting, which had been in use since Gutenberg,[4,5] with the output of a skilled typesetter being about 1400 characters per hour. However, as the first powerful printing machines had already appeared in the first third of the 19th century, a similar increase in performance was lacking in typesetting. As a result, numerous inventors tried to automate and accelerate the typesetting process, but mostly failed due to mechanical problems. In 1876 he was approached by James O. Clephane, who sought a quicker way of publishing legal briefs, via Charles T. Moore, who held a patent on a typewriter for newspapers which did not work and asked Mergenthaler to construct a better model. Mergenthaler recognized that Moore’s design was faulty and two years later he assembled a machine that stamped letters and words on cardboard. Although a fire destroyed all his designs and models, he started to work on the invention again as he wrote to himself “more books — more education for all. At home we had no money for school books…“

Stamping and Casting in the same Machine

He found a supporter in Whitelaw Reid of the New York Tribune. Another fifty patents were required before Mergenthaler could show a more or less usable model to the New York Tribune on July 3, 1886. While riding on a train, the idea came to him: why a separate machine for casting and another for stamping? Why not stamp the letters and immediately cast them in metal in the same machine? By 1884 the idea of assembling metallic letter molds, called matrices, and casting molten metal into them, all within a single machine, was applied. Mergenthaler reportedly got the idea for the brass matrices that would serve as molds for the letters from wooden molds used to make “Springerle,” which are German Christmas cookies. As a boy he had carved a Springerle mold for his stepmother.

The first typesetting machine that was used commercially, known as “The Blower,” was demonstrated in the New York Tribune’s composing room in 1886. According to Mergenthaler’s son Herman, “When Tribune publisher Whitelaw Reid … saw Ottmar type on the keyboard and shortly after a thin metal slug bearing several words slid down into a tray, he exclaimed, ‘Ottmar, you’ve done it! A line o’ type!’ Thus the Linotype machine was born.“. In the printing office of the New York Tribune the machine was immediately used on the daily paper and a large book. 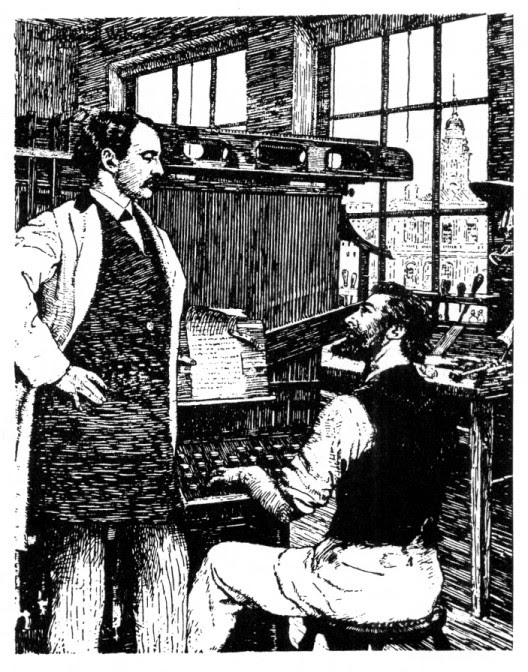 As a result of his cost-, labor-, and time-saving machine and the attention it got via the Tribune, Mergenthaler’s business increased: he enlarged his Camden Street shop and expanded to an additional building on Preston Street to handle the flood of orders. Initially, The Mergenthaler Linotype Company was the only company producing linecasting machines, but around 1914 a linecasting machine would be produced by the competition — The Intertype Company. Because the presses were relatively expensive to buy – $3,000 ($74,200 in 2010) – many printers and smaller newspapers found it prohibitively expensive to buy. Therefore, the company also focused on renting the machines, which meant that the company was officially a leasing company. According to a report in the “Los Angeles Times”, the annual rental fee during the fiscal year 1895-96 for the new “Simplex” machine was $500 with an option to buy at the end of the contract period of $2500. In that year the company had leased about 1600 machines. Mergenthaler’s linotype machine was the sensation at the Paris World Exhibition in 1889. By 1904, there were 10,000 Linotypes in use, but by 1954 the number had skyrocketed to 100,000. During the 1970s and 1980s, Linotype and similar “hot metal” typesetting machines were retired and replaced with phototypesetting equipment and later computerized typesetting and page composition systems.

In 1894, Mergenthaler contracted tuberculosis. Two years later, unable to stand the cold, he moved to the Southwest, first to Prescott, Arizona, and then to Deming, New Mexico. He returned to Baltimore in late 1897 after a fire destroyed his New Mexico house and the manuscript of his just-completed autobiography. Ottmar Mergenthaler died of tuberculosis in Baltimore in 1899 at age only 45. Like Gutenberg, Mergenthaler revolutionized the art of printing. “The Eighth Wonder of the World” is what Thomas A. Edison called Mergenthalers seminal invention.