You are here: Home › physics › Oliver Heaviside changed the Face of Telecommunications 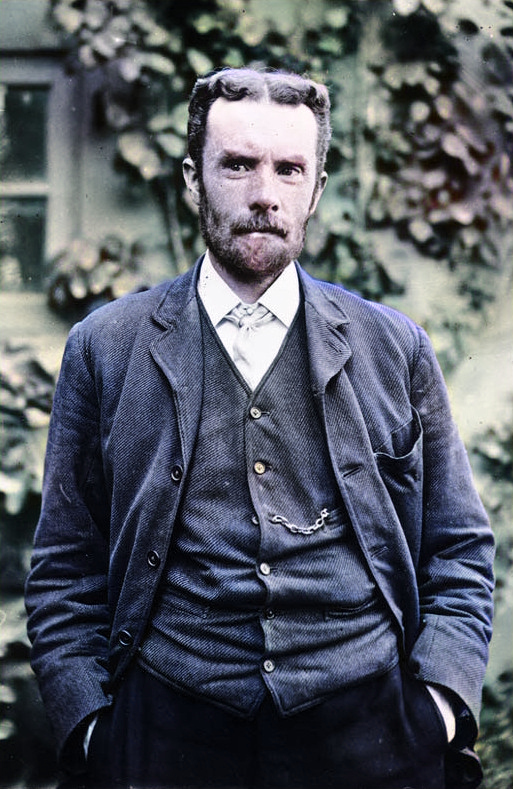 “However absurd it may seem, I do in all seriousness hereby declare that I am animated mainly by philanthropic motives. I desire to do good to my fellow creatures, even to the Cui bonos.”
– Oliver Heavyside, Electrical Papers (1882)

Oliver Heaviside suffered from scarlet fever as a child and had to deal with a hearing impairment since then. He left school at the age of 16, but continued to learn Morse code, and studied electricity. Heaviside’s uncle by marriage was Sir Charles Wheatstone, an expert in telegraphy and electromagnetism, and supporter of Heaviside’s further career.[4] In 1867, he was sent to work with his older brother Arthur, who was managing one of Wheatstone’s telegraph companies in Newcastle-upon-Tyne.

At the Danish Great Northern Telegraph Company, Oliver Heaviside took a job as a telegraph operator and later became an electrician. Next to his work, Heaviside also kept studying and published an article in the prestigious Philosophical Magazine on ‘The Best Arrangement of Wheatstone’s Bridge for measuring a Given Resistance with a Given Galvanometer and Battery‘. Further, Heaviside was able to show mathematically that uniformly distributed inductance in a telegraph line would diminish both attenuation and distortion. He further showed that if the inductance were great enough and the insulation resistance not too high, the circuit would be distortionless while currents of all frequencies would have equal speeds of propagation.

In 1880, Heaviside patented the coaxial cable in England and in 1884, he recast Maxwell’s mathematical analysis from its original cumbersome form to its modern vector terminology.[5] Heaviside reduced twelve of the original twenty equations in twenty unknowns down to the four differential equations in two unknowns we now know as Maxwell’s equations. The four re-formulated Maxwell’s equations describe the nature of electric charges, magnetic fields, and the relationship between the two, namely electromagnetic fields. In 1887, Oliver Heaviside collaborated on a paper titled “The Bridge System of Telephony” with his brother Arthur. However, Arthur’s superior William Henry Preece of the Post Office blocked the paper. It is believed that this development further fueled the long term animosity between Preece and Heaviside.

During the late 1880s, Heaviside became enthusiastic for electromagnetic radiation. He managed to calculate the deformations of electric and magnetic fields surrounding a moving charge, as well as the effects of it entering a denser medium. This achievement also included a prediction of what is now known as Cherenkov radiation, and inspired his friend George FitzGerald to suggest what now is known as the Lorentz–FitzGerald contraction. Heaviside proposed (what is now known as) the Kennelly–Heaviside layer of the ionosphere in 1902, which included means by which radio signals are transmitted around the Earth’s curvature.

From 1896 he received a pension and offers of financial support from American electricity companies, the Royal Society or French engineers, for example, which he often rejected out of pride. At the same time, he was in constant financial straits, partly because of his habit of heating his house all winter to high room temperatures, which earned him some of the county’s highest private gas bills. Heavyside corresponded with Heinrich Hertz and in 1891 he was elected to the Royal Society, in 1899 to the American Academy of Arts and Sciences.[7] In 1905 he also received an honorary doctorate from the University of Göttingen, became an honorary member of the Institution of Electrical Engineers (1908), the American Institute of Electrical Engineers (1918), received the Faraday Medal in 1921 and was nominated for the Nobel Prize in 1912.

In later years his behavior became quite eccentric. According to associate B. A. Behrend, he became a recluse who was so averse to meeting people that he delivered the manuscripts of his Electrician papers to a grocery store, where the editors picked them up. Though he had been an active cyclist in his youth, his health seriously declined in his sixth decade. During this time Heaviside would sign letters with the initials “W.O.R.M.” after his name. Heaviside also reportedly started painting his fingernails pink and had granite blocks moved into his house for furniture.

Heaviside died on 3 February 1925, at Torquay in Devon by falling from a ladder.