You are here: Home › aviation › The Magnificent Aircraft of R. J. Mitchell 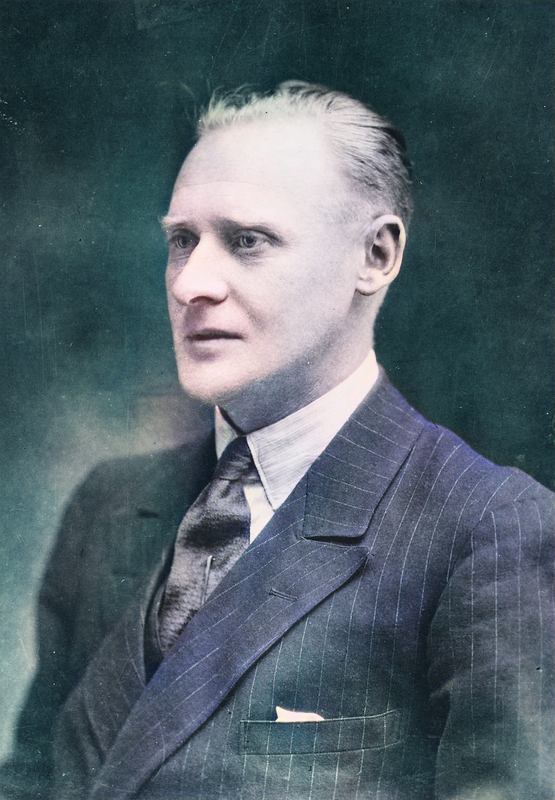 On May 20, 1895, English aeronautical engineer and aircraft designer Reginald Joseph Mitchell was born. Mitchell worked for Supermarine Aviation. Between 1920 and 1936 he designed many aircraft and is best remembered for his racing seaplanes, which culminated in the Supermarine S.6B, and the iconic Second World War fighter, the Supermarine Spitfire.

Reginald Joseph Mitchell was born in  Kidsgrove, Staffordshire, England. After leaving Hanley High School, a co-educational grammar school in Stoke-on-Trent, at the age of 16, he gained an apprenticeship at Kerr Stuart & Co. of Fenton, a locomotive engineering works. At the end of his apprenticeship he worked in the drawing office at Kerr Stuart and studied engineering and mathematics at night school. R.J. Mitchell joined the Supermarine Aviation Works at Southampton in 1917. Two years later, he was appointed Chief Designer, then Chief Engineer and in 1927, Mitchell became Technical Director. Around that period, R.J. Mitchell designed 24 aircraft including flying boats such as the Supermarine Sea Eagle, the Supermarine Sea King, the Supermarine Walrus, and Supermarine Stranraer, and racing seaplanes.

Mitchell is probably best known for his design of the Supermarine Spitfire which emerged from the evolution of his Schneider Trophy seaplanes. The Air Ministry issued specification F7/30 for a fighter aircraft to replace the Gloster Gauntlet in 1931. R.J. Mitchell proposed the Type 224 design, which became one of three designs the Air Ministry ordered prototypes of. The first test flight of the Type 224 took place in February 1934, however, it was rejected by the RAF. In the meantime, Mitchell had already developed the Type 300 which became the Supermarine Spitfire. The Spitfire was an all-metal monoplane with elliptical wings were designed by Canadian aerodynamicist Beverley Shenstone. It is believed that the plane shared similarities with the Heinkel He 70 Blitz and the under-wing radiators had been designed by the RAE. The monocoque construction had been first developed in the United States. R.J. Mitchell’s achievement was putting all of these pieces together with his experience of high speed flight and the Type 224. In March 1936, the first prototype Spitfire, serial K5054, flew for the first time. During the testing period, the aircraft reached 349 mph and the RAF ordered 310 production Spitfires. 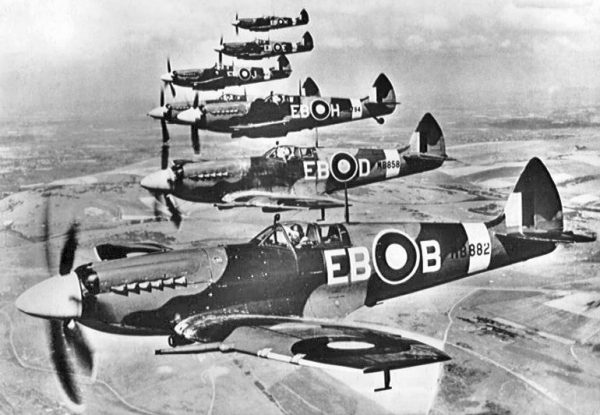 The Battle of Britain

R.J. Mitchell’s design of the Spitfire was known to be so sound that it was continually improved throughout World War II and all in all more than 22.000 Spitfires and derivatives were built. It’s legendary status was achieved during the Battle of Britain. Throughout the battle, the Hurricane outnumbered the Spitfire and shouldered the burden of the defense against the Luftwaffe. Still, because of its higher performance the overall attrition rate of the Spitfire squadrons was lower than that of the Hurricane units, and the Spitfire units had a higher victory-to-loss ratio.

In August 1933, Mitchell underwent a colostomy to treat rectal cancer. Despite this, he continued to work, not only on the Spitfire, but also on a four-engined bomber, the Type 317. Unusually for an aircraft designer in those days, he took flying lessons and got his pilot’s licence in July 1934. In 1936 cancer was diagnosed again, and subsequently, in early 1937, Mitchell gave up work, although he was often seen watching the Spitfire being tested. Mitchell went to the American Foundation in Vienna for a month, but died on 11 June 1937 at age 42. Mitchell’s career was dramatized in the biographical film, The First of the Few (1942). He was portrayed by Leslie Howard, who also produced and directed the film, released in the United States as Spitfire (1943).

Supermarine Spitfire and the Battle of Britain, [5]