You are here: Home › engineering › Nikolaus Otto and the Four Stroke Engine 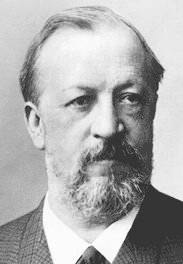 On May 9, 1876, German inventor Nikolaus Otto working with Gottlieb Daimler and Wilhelm Maybach started the world’s first internal-combustion engine that efficiently burned fuel directly in a piston chamber.[1] However, German courts did not hold his patent to cover all in-cylinder compression engines or even the four-stroke cycle, and after this decision, in-cylinder compression became universal and the principle of Otto’s engine still is the general principle for engines today.

Otto was the son of a farmer and innkeeper family, his father also had the post office of the village. Despite the fact that Nikolaus Otto’s father died quite early, he was able to receive a decent school education. His mother would have preferred sending him to a technical school after some years, but due to the failed German revolution in 1848, she decided for her son to become a merchant. Soon, he started his job as clerk in a grocery store and later on he worked for his brother as a sales representative at his textile business. Otto spent a lot of time travelling during his merchant career and learned about the gas-powered engine by Etienne Lenoir during one of his trips. It was the first internal combustion engine and a great effort to Otto, who was already very interested in all types of engines.[5]

However, Lenoir’s invention was not very efficient, because of the loud noise it made, the great amount of fuel it used and the heat it created. Otto began working on the improvement of the Lenoir engine, convinced that it would work better running with liquid fuel. He invented a carburetor, which he tried to patent in 1861, but failed. His very first engine running with gasoline.

The Otto engine was designed as a stationary engine and in the action of the engine, the stroke is an upward or downward movement of a piston in a cylinder. Used later in an adapted form as an automobile engine, four strokes are involved: 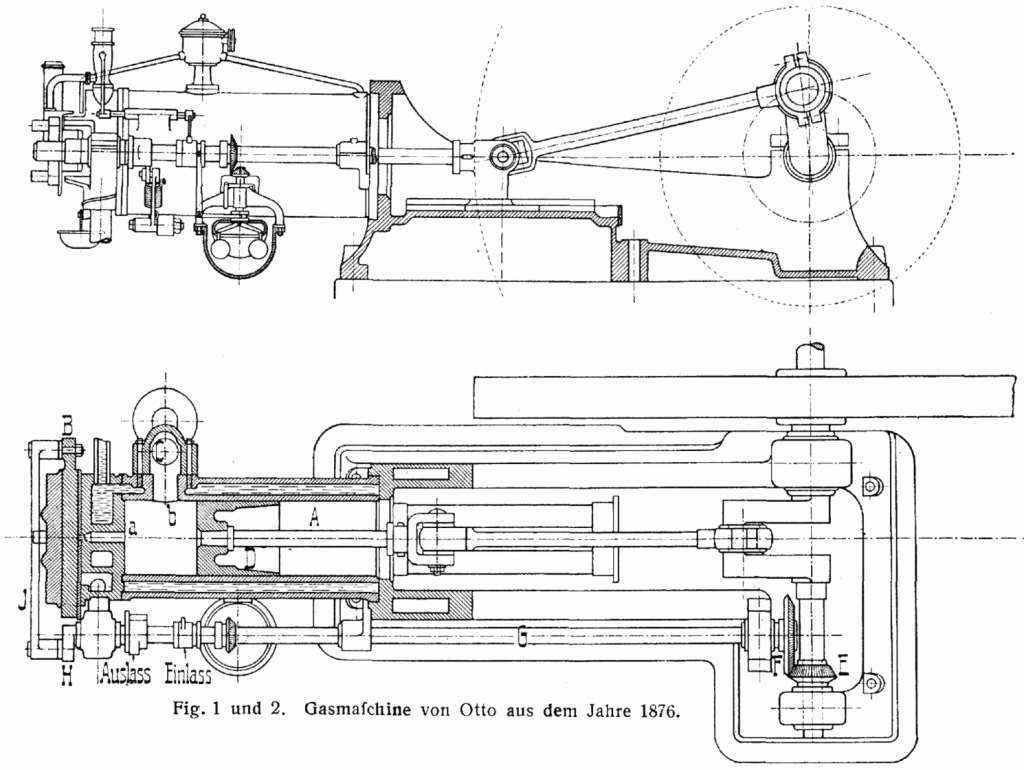 Three years later, Nikolaus Otto met Eugen Langen. Langen had a great technical knowledge and was later involved in the construction of the Wuppertal monorail. He supported and invested in Otto’s project, resulting in a new company in which Langen brought the money ad Otto his experience and expertise. Their newly developed engine worked much better and was exhibited at the Paris Exhibition of 1867. At first, the event was a disaster for the Otto-Langen engine because it was pretty much ignored by the judges. When they decided to also consider the efficiency they found that the engine used half the energy compared to others and won the gold medal.

Their engine experienced a great demand on the market and after finding more investors, they founded the ‘Gasmotoren-Fabrik Deutz AG’ in 1872. Langen then hired Gottlieb Daimler to run the large factory and he also brought his protege Wilhelm Maybach. The company’s success grew and Otto saw further ways to improve their engine. He noticed that using only one piston per chamber and spreading the cycle of combustion over four strokes would be more efficient, less noisy and could produce an even greater amount of power. The new Otto-engine was a great success and the Deutz works helped with further developments during the Industrial Revolution. Over 50,000 engines were produced in the 17 years following introduction.

In 1882 Otto received an Honorary Doctorate from the University of Würzburg. Nikolaus Otto died on 26 January 1891 in cologne at age 58.