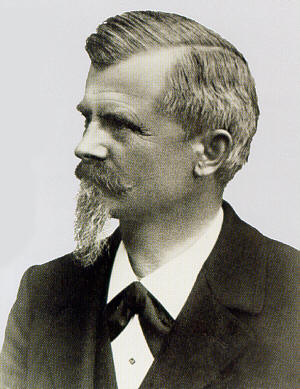 On February 9, 1846, German engine designer and industrialist Wilhelm Maybach was born. Wilhelm Maybach, together with Gottlieb Daimler, developed light, high-speed internal combustion engines suitable for land, water, and air use. [1] These were fitted to the world‘s first motorcycle, motorboat, and to a new automobile introduced in late 1902, the Mercedes model.

Wilhelm Maybach was educated at a philanthropic institution at Reutlingen. His skills were detected early there and by the school’s founder and director Gustav Werner and he was sent to the institution’s engineering workshop. Already rather early Maybach headed for a career in industrial design and took classes in physics and mathematics. Thereupon Wilhelm Maybach was accepted at the age of 13 in the Reutlingen Bruderhaus, where orphans from poor families received education and training. Maybach was trained there as a technical draughtsman and designer.

Maybach and Gottlieb Daimler met in the Bruderhaus. Daimler was head of the Bruderhaus machine factory and was assigned Maybach as an assistant. Daimler recognized Maybach’s talent and became his patron. In 1873 Gottlieb Daimler took Maybach to the Deutz gas engine factory near Cologne. At Gasmotoren-Fabrik Deutz AG, Maybach was given responsibility for the design office. It was here that Maybach brought the spark-ignition internal combustion engine developed by Nikolaus Otto to production maturity.[2] When Daimler founded Daimler-Motoren-Gesellschaft in Cannstatt, Maybach became its technical director and thus played a major role in the further development of the automobile.

Improving the Engine and Designing a Car

In 1878 Maybach married Bertha Wilhelmine Habermaahs (1851-1931), the daughter of a Maulbronn innkeeper and postmaster. In 1880, Daimler left the company after disagreements and was followed by Maybach to Cannstatt near Stuttgart. However, Maybach and Daimler improved their fruitful partnership and continued in Stuttgart where they employed over a dozen people. While Daimler took care of most commercial issues, Maybach managed the design department. By the end of 1885, Maybach and Daimler developed the first of their engines, which is regarded as a precursor to all modern petrol engines. In 1885, they also created the first carburetor, which mixed evaporated gasoline with air to allow its efficient use as fuel. It was used that year on a larger but still compact version of the engine. During the end of the 1880s, they build their first automobile together designing it from scratch. It was launched in Paris in 1889. 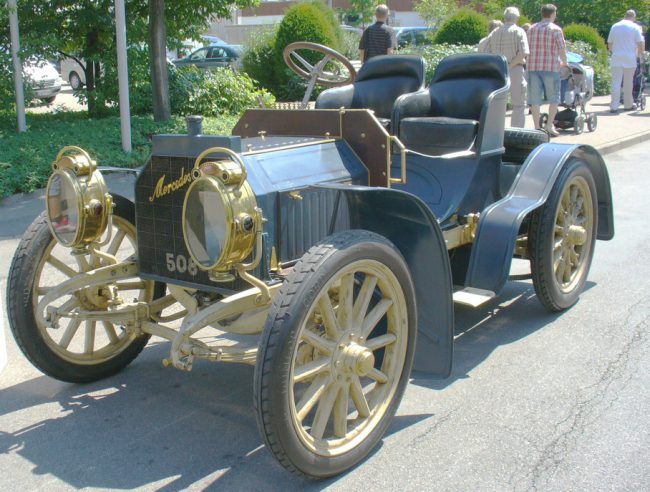 Mercedes simplex from 1902 with a Maybach engine

Around 1900, at the suggestion of the Austrian merchant and consul general Emil Jellinek (1853-1918), Maybach designed the Mercedes Simplex, a racing car with a 35-hp four-cylinder engine and two carburettors. The vehicle, equipped with Maybach’s inventions, the honeycomb radiator and the cogwheel transmission, represented the car of the future by the standards of the time. Jellinek named the model after his daughter Mercédès. In 1904 Maybach developed the first six-cylinder Mercedes engine with 70 hp. In 1906 he designed a pioneering 120 hp racing engine with suspended intake and exhaust valves, overhead camshaft and dual ignition. These features later became important for the Mercedes aircraft engines (Mercedes D III) and for all other high-performance engines. 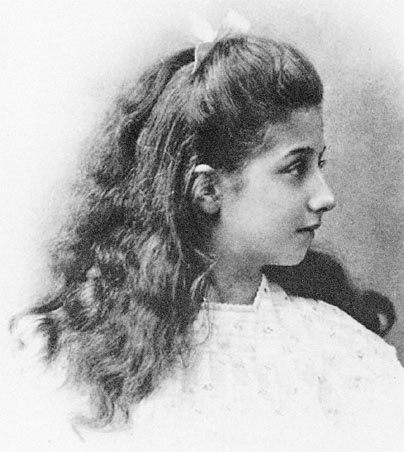 Mercédès Jellinek at age 13, namesake of the Mercedes car

Together with his son Karl, Maybach became self-employed in 1909 and together they founded the company Maybach-Motorenbau GmbH in Bissingen/Enz. Maybach began building engines for Count Ferdinand Zeppelin and his airship during the beginning of the 20th century, which were also quite successful. In 1916, they developed a 160 hp aircraft engine which sold 2000 units before the end of World War I. In 1916, Wilhelm Maybach was awarded an Honorary Doctorate by the Technical University of Stuttgart. In August 1929, the Zeppelin LZ-127 used five Maybach-V12 petrol engines of 550 hp (410 kW) each.

When World War I was over, Maybach turned to making high-speed diesel engines for naval and railroad use, and petrol engines for automobiles, but not complete automobiles. However, he began to produce Maybach limousines in 1921. The first model was the Maybach W3 with a 6-cylinder engine, 4-wheel brakes, a new transmission system, and a maximum speed of 105 km/h. It was produced until 1928, selling 300 units, mostly with sedan bodies; the two-seat sport version was less successful. The Maybach W5 followed, with the top speed increased to 135 km/h; 250 units sold in 1927 and 1929. 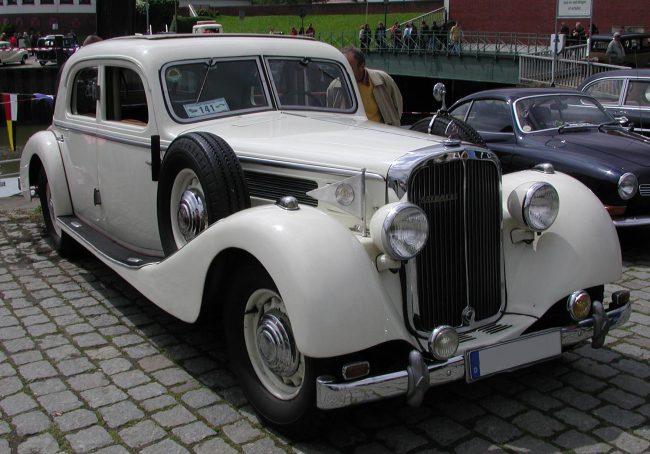 However, by the mid 1920s, DMG was suffering from the post war economic crisis and under pressure from the banks, it began the process that would result in a merger with Karl Benz’s Benz & Cie., Rheinische Gasmotorenfabrik Mannheim in 1926 to form Daimler-Benz AG.