You are here: Home › history › Henry Dunant and the Red Cross Project 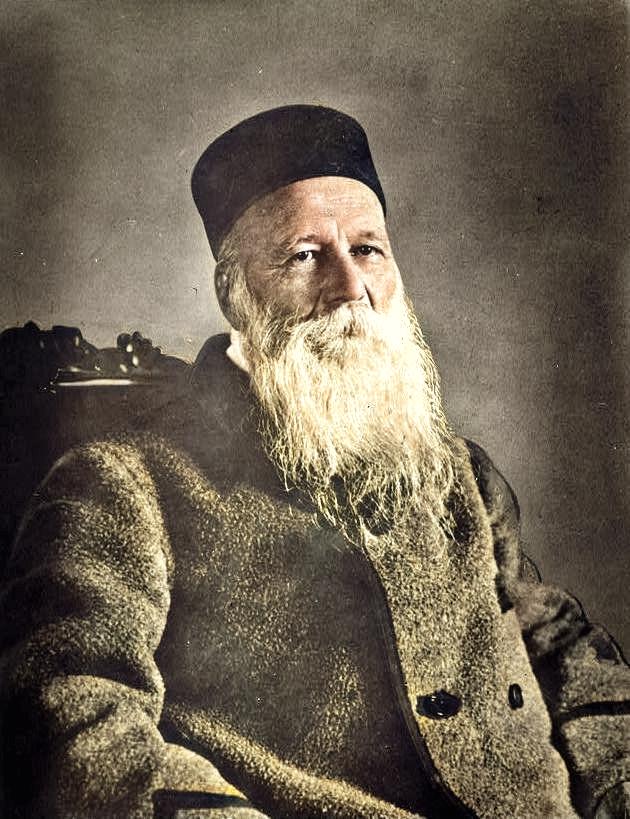 On May 8, 1828, Swiss businessman and social activist Henry Dunant was born. He is best known for the creation of the International Committee of the Red Cross in 1863. Also the 1864 Geneva Convention was based on Dunant‘s ideas. In 1901 he received the first Nobel Peace Prize together with Frédéric Passy.

“In one of the Cremona hospitals, an Italian doctor had said: “We keep the good things for our friends of the Allied Army, and give our enemies the bare necessities. If they die, so much the worse!” and he added, to excuse these barbarous words, that he had heard from some Italian soldiers who had returned from Verona and Mantua, that the Austrians allowed the wounded of the Franco-Sardinian army to die uncared for. A noble lady of Cremona, Countess…, who had heard the doctor’s words and had been devoting herself to the hospitals with the utmost zeal, made haste to show her disapproval by declaring that she gave exactly the same attention to the Austrians as to the Allies, and made no difference between friends and enemies. “For, she said, “Our Lord Jesus Christ made no such distinctions between men in well doing.”
–Henri Dunant, A Memory of Solferino, 1862, p. 97

Henry Dunant was born into a very religious and influential family in Geneva. His parents used their influence pretty well, helping orphans, sick, and poor people. At the age of 19, Dunant took action himself and founded the “Thursday Association” together with his friends. The Association consisted of several young men praying, reading the Bible together and helping the people in need.

In the 1850’s, Henry Dunant visited Algeria during a business trip and came back three years later to start businesses in corn-growing and trading. During his stay, Dunant began a correspondence with Napoleon III, who had his troops stationed in Lombardy, fighting against Austria at the time. After writing several works in honor to the emperor, he was invited to Solferino, Italy to meet Napoleon.

The Beginning of the Red Cross

On the day, Henry Dunant arrived at Solferino in 1859, a battle had just occurred followed by thousands of wounded and dying people just lying on the battlefield. Henry Dunant was astonished by the little care the soldiers received and organized a small group of civilians helping the wounded. The experiences Dunant made in Solferino were published in the book ‘Un Souvenir de Solferino‘ in 1862. In it, the battle and its aftermath were described and he provided a solution for a neutral organisation to take care of wounded soldiers as well as civilians. Henry Dunant’s ideas encountered mostly positive reactions and Gustave Moynier, the President of the Geneva Society for Public Welfare supported the creation of a small group of five men forming the International Committee of the Red Cross in 1863. In 1864, the committee and its purpose was well received in Europe and 12 states signed a contract of the First Geneva Convention, defined as “the basis on which rest the rules of international law for the protection of the victims of armed conflicts“.

Disagreements soon developed between Moynier and Dunant over various aspects of the joint project. Moynier had repeatedly described Dunant’s proposal to place wounded people, care workers, auxiliaries and hospitals under the protection of neutrality as impracticable and asked Dunant not to insist on this idea. Dunant, however, overruled Moynier’s opinion on this issue on several occasions during his extensive travels through Europe and his discussions with high-ranking politicians and military personnel. This intensified the conflict between the pragmatist Moynier and the idealist Dunant and led to Moynier’s efforts to challenge Dunant’s idealistic claim to leadership.

The year 1865 was marked by a series of catastrophic events in Algeria: After armed conflicts followed an epidemic of cholera, a plague of locusts, earthquakes, a drought and finally an exceptionally hard winter. As a result, Dunant’s business situation deteriorated visibly, but to a not insignificant extent because he had neglected it because of his commitment to his ideas. In April 1867, Crédit Genevois, the finance company involved in his activities, was dissolved. His membership of this company’s board of directors led to a scandal. He was forced to file for bankruptcy, which also affected his family and friends considerably because of their investments in his companies.

He subsequently continued to promote the goals of the General Alliance. He wrote articles and gave lectures, now also on the liberation struggle of slaves in North America. Furthermore, together with the Italian Max Gracia, he suggested the founding of a world library – an idea that was taken up by UNESCO some 100 years later. Among his other, partly visionary ideas from this period was the foundation of a state of Israel. With his commitment to his ideas, he neglected his personal affairs and continued to get into debt. Dunant led a lonely life in material misery in the following years, between 1874 and 1886 in Stuttgart, Rome, Corfu, Basel and Karlsruhe among others. Only a few details about his life are known from this time.

For many years, Henry Dunant was forgotten and he lived in poverty far away from the public attention he once received. Rudolf Müller’s book about the origins of the Red Cross with citations of ‘A Memory of Solferino‘ caused wealthy people of several nations to support the organisations founder. In 1901 Dunant received the first Nobel Peace Prize for the founding of the Red Cross and the initiation of the Geneva Convention. With the following telegram, which reached him on 10 December this year, the Nobel Committee in Oslo informed him of the decision:

“To Henry Dunant, pagans. The Nobel Committee of the Norwegian Parliament has the honour to inform you that it awarded half of the 1901 Nobel Peace Prize to you, Henry Dunant, and half to Frédéric Passy. The committee sends its reverence and sincere wishes.”