You are here: Home › medical science › Nathan Kline – A Pioneer of Psychopharmacological Drugs 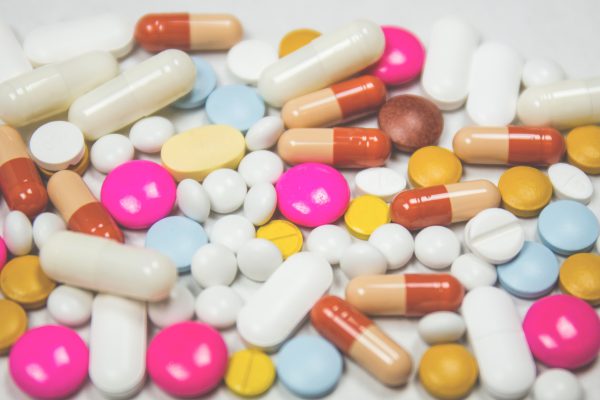 On March 22, 1916, American psychologist Nathan Schellenberg Kline was born. Kline is best known for his work with psychopharmacologic drugs. He pioneered in the biochemical treatment of mentally ill patients by introducing the use of such drugs as the antidepressants lithium and iproniazid and the tranquilizer resperin.

“Those of us who work in this field see a developing potential for a nearly total control of human emotional status, mental functioning, and will to act. These human phenomena can be started, stopped or eliminated by the use of various types of chemical substances. What we can produce with our science now will affect the entire society.”
– Nathan S. Kline, as quoted in [9]

Nathan Schellenberg Kline was born in Philadelphia, USA. He graduated with a B.A. from Swarthmore College in 1938. He then studied at Harvard University from 1938 to 1939 and at the New School in New York from 1939 to 1941, before graduating in medicine from New York University in 1943. In 1943/1944 he worked at the Washington School of Psychiatry, in 1947 at Princeton University and from 1947 to 1948 at Rutgers University. Meanwhile he did military service from 1944 to 1946. He founded a research unit at Rockland State Hospital New York, which later became the Rockland Psychiatric Center, one of three psychiatric institutes under the New York State Office of Mental Health. Kline and his colleagues found that the usual traditional therapies for the increasing number of mentally ill patients were outdated.

Nathan Kline and his colleagues began to investigate reserpine, a derivative of Rauwolfia serpentina. In India, it was used to treat mostly physical complaints and in the United States it was used to treat high blood pressure. Kline completed extensive tests with inpatients with the result that around 70% of their schizophrenia patients were relieved from their symptoms. For this important achievement, Nathan Kline and  his colleagues received the Lasker Award.

In his further research, Nathan Kline began to investigate antidepressants. Through Kline’s efforts, patients across the United States received antidepressants within a year, as e.g. with active ingredients iproniazid and lithium.  During the 1960s, Kline studied iproniazid, a monoamine oxidase inhibitor, in the treatment of severe depression with great success. Kline’s work in the field has been acknowledged as a major factor in opening a new era in psychiatry: psychopharmacology. Due to the increasing reputation of Nathan S. Kline and his colleagues, the Rockland Research Institute grew to more than 300 staff, attracting scientists from all over the world. Next to introducing new medicine, the institute further tested and improved the therapeutic doses of frequently used medications. Nathan S. Kline became the founder and director of the International Committee Against Mental Illness. He participated in programs to improve the medical treatment for mental illnesses in developing countries and traveled across the globe during his career to create and visit mental health clinics.

It is believed that during 1960, it was Nathan S. Kline along with the scientist, inventor, and musician Manfred Clynes who coined the term cyborg. They used it in an article in Astronautics Magazine about the advantages of self-regulating human-machine systems in outer space.[7] Kline came to believe that computers could be used in large scale epidemiological studies and streamline the administration of complex health facilities and he monitored the installation of a major computer center at Rockland, funded by the Federal government. Kline’s efforts in the field provided significant progress of computerized medical systems,  further improving patient care.

Throughout his career, Nathan S. Kline wrote around 500 scientific publications, magazine and newspaper articles for the general public, as well as the book, “From Sad to Glad“.  In addition, he published more than 35 books on psychiatry and neurology. Furthermore, he worked as a consultant to the World Health Organization and in private practice in New York from 1953 to 1983, helping to establish psychiatric care facilities in Haiti and Liberia. Furthermore, he devoted himself to the biochemical and endocrinological basics as well as social aspects of mental disorders. Nathan S. Kline received the Albert Lasker Award for Clinical Medical Research from the Lasker Foundation in 1957 for his work on reserpine for the treatment of schizophrenia and in 1964 for his contributions to the treatment of depression with iproniazid, making him the only two-time winner of this award to date. He was made an honorary member of the Royal College of Psychiatrists.