You are here: Home › engineering › Daniel Quare and the Repeating Watch Movement 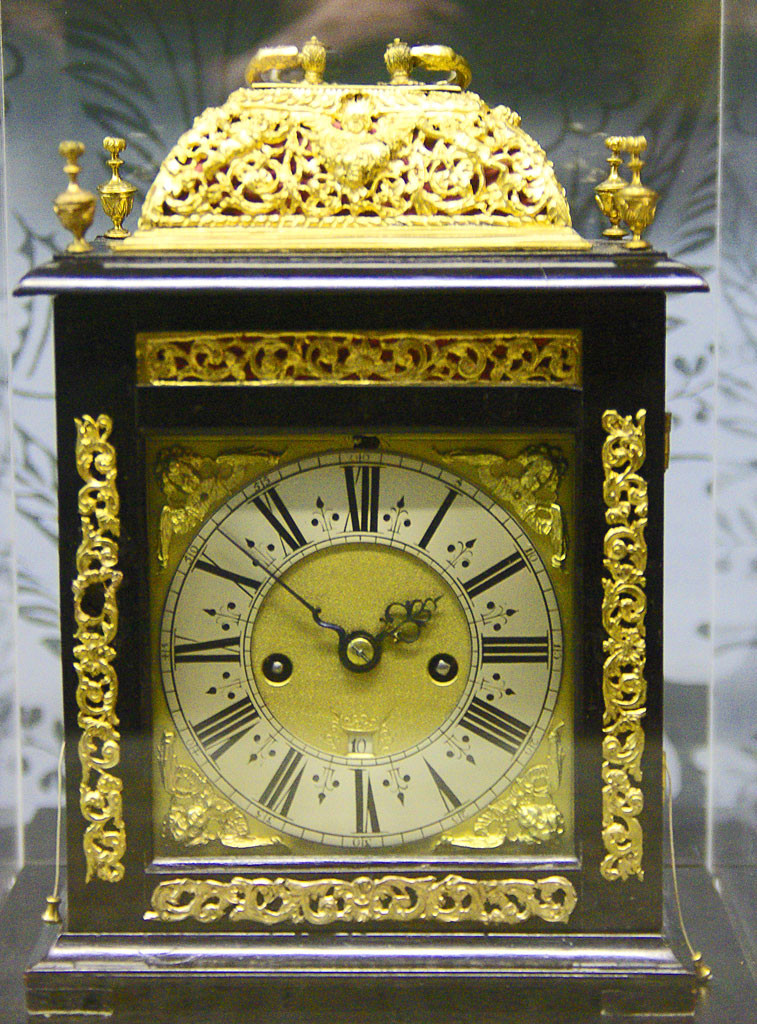 On March 21, 1724, English clockmaker and instrument maker Daniel Quare passed away. He is best known for his invention of a repeating watch movement in 1680 and a portable barometer in 1695.

Daniel Quare – A Brother of the Clockmaker’s Company

Daniel Quare was probably born in 1648, but the sources differ. He was admitted a brother of the Clockmakers’ Company in April 1671. When Quare started his career, the pendulum was a novelty just as much as the spiral spring and anchor escapement invented by Robert Hooke,[4] and the fusee chain. Daniel Quare is believed to have invented the repeating watches and it is claimed that he adapted the concentric minute hand.

However, if Daniel Quare was really the inventor of all these things, he must have come up with the ideas quite early in his career, as two concentric hands are shown in a diagram in Christiaan Huygens’s ‘Horologium Oscillatorium,’ Paris, 1673.[5] The clocks and watches made by Quare with only one hand are extant, or with two circles and pointers, one for the hours and another for the minutes. When in 1687 Edward Booth, alias Barlow, applied for a patent for ‘pulling or repeating clocks and watches,’ the Clockmakers’ Company successfully opposed the application on the ground that the alleged invention was anticipated by a watch previously invented and made by Quare. The latter’s watch was superior to Barlow’s, because it repeated both the hour and the quarter with one pressure, while Barlow’s required two. Quare he was granted the patent for his system of repeating work after the dispute with Edward Barlow, which was taken to James II (ruled 1685-1688) for adjudication.

However, the repeating clock was invented by the English cleric and inventor, the Reverend Edward Barlow in 1676. Barlow’s innovation was the rack and snail striking mechanism, which could be made to repeat easily and became the standard mechanism used in both clock and watch repeaters ever since. The best kind of repeating clocks were expensive to make; a separate train of wheels had to be added to the striking mechanism, and to activate it one pulled a cord whereupon it would strike the hours and quarters, or even the hours and five-minute divisions (five minutes repeating). During the nineteenth century such clocks gradually went out of use. Repeater watches were much harder to make than repeater clocks; fitting the bells, wire gongs and complicated striking works into a pocketwatch movement was a feat of fine watchmaking. So repeating watches were expensive luxuries and status symbols; as such they survived the introduction of artificial illumination and a few are still made today. 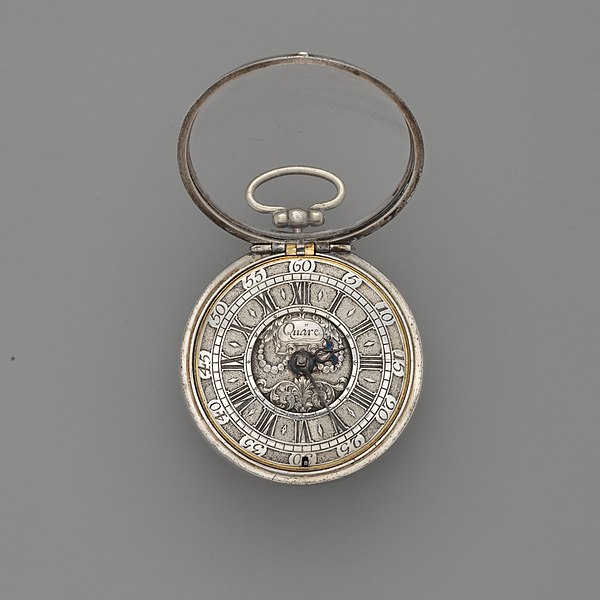 Watches and Clocks for the King

It is believed that Quare also made watches for James II. and William III., but the sources are apparently not very reliable on these facts. However, he most certainly made a clock for the king which went for a year without rewinding. Being specially made for a bedroom, it did not strike. In 1683, Quare  came up against the police of Charles II, who demanded royalties from him. On May 2, 1695, he and four of his friends obtained an interview for himself and four of his friends with King William III of Orange, after having presented a petition with 19 other Quakers in February 1695 before the British Parliament.

In 1695, a patent was granted to Quare for a portable barometer. The barometer, in the words of the patent, ‘may be removed and carried to any place, though turned upside down, without spilling one drop of the quicksilver or letting any air into the tube, and yet nevertheless the air shall have the same liberty to operate upon it as on those common ones now in use with respect to the weight of the atmosphere‘. However, none of these said barometers are known to exist.

Daniel Quare died on 21 March 1724, aged 75, at his country house at Croydon, and was buried in the Quaker burial ground,