You are here: Home › chemistry › Hermann Staudinger and the Macromolecules 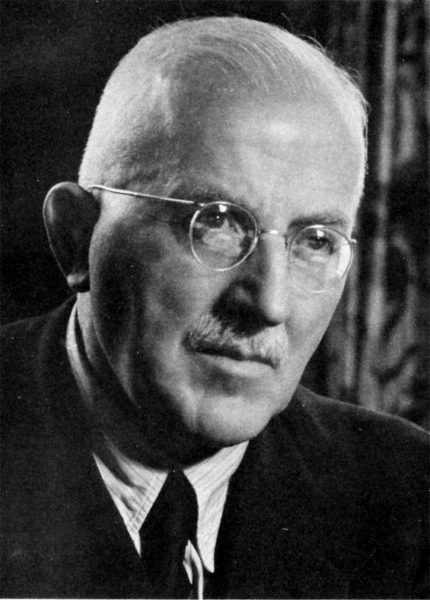 On March 23, 1881, German organic chemist Hermann Staudinger was born. Staudinger demonstrated the existence of macromolecules, which he characterized as polymers. For this work he received the 1953 Nobel Prize in Chemistry. He is also known for his discovery of ketenes and of the Staudinger reaction.

“The most fundamental difference between compounds of low molecular weight and macromolecular compounds resides in the fact that the latter may exhibit properties that cannot be deduced from a close examination of the low molecular weight materials. Not very different structures can be obtained from a few building blocks; but if 10,000 or 100,000 blocks are at hand, the most varied structures become possible, such as houses or halls, whose special structure cannot be predicted from the constructions that are possible with only a few building blocks… Thus, a chromosome can be viewed as a material whose macromolecules possess a well defined arrangement, like a living room in which each piece of furniture has its place and not, as in a warehouse, where the pieces of furniture are placed together in a heap without design.”
— Hermann Staudinger, as quoted in [9] (1975)

Hermann Staudinger was born in Worms, Germany, the son of neo-Kantian philosopher Franz Staudinger. Staudinger studied at the Gymnasium in Worms. Then, after a brief period at the University of Halle, he transferred to the Technical University of Darmstadt. Although Staudinger initially wished to study botany, his parents were advised to give him first a thorough training in chemistry to prepare him for a career in botany. This excellent advice was followed; and from Darmstadt, Staudinger went on to study in Munich and Halle, where he received a Ph.D. in 1903 with a dissertation on the malonic esters of unsaturated compounds, written under Daniel Vorländer.

But it was in Strasbourg, under Johannes Thiele, that Staudinger made his first and unexpected discovery – the highly reactive ketenes, a family of molecules characterized by the general form of R′R″C=C=O. Ketenes would prove a synthetically important intermediate for the production of yet-to-be-discovered antibiotics such as penicillin and amoxicillin. In 1907, Staudinger began an assistant professorship at the Technical University of Karlsruhe. Here, he successfully isolated a number of useful organic compounds (including a synthetic coffee flavoring) as more completely reviewed by Rolf Mülhaupt.

The Synthesis of Isoprene

In 1912, he joined the faculty at the Swiss Federal Institute of Technology in Zürich. He left the institute in 1926 to become a lecturer at the Albert Ludwig University of Freiburg im Breisgau, where in 1940 an Institute for Macromolecular Chemistry was established under his directorship.[2] His work on polymers began with research he conducted for the German chemical firm BASF on the synthesis of isoprene (1910), the monomer of which natural rubber is composed. The prevalent belief at the time was that rubber and other polymers are composed of small molecules that are held together by “secondary” valences or other forces.[2] Staudinger proposed in a landmark paper published in 1920 that rubber and other polymers such as starch, cellulose and proteins are long chains of short repeating molecular units linked by covalent bonds. In other words, polymers are like chains of paper clips, made up of small constituent parts linked from end to end, 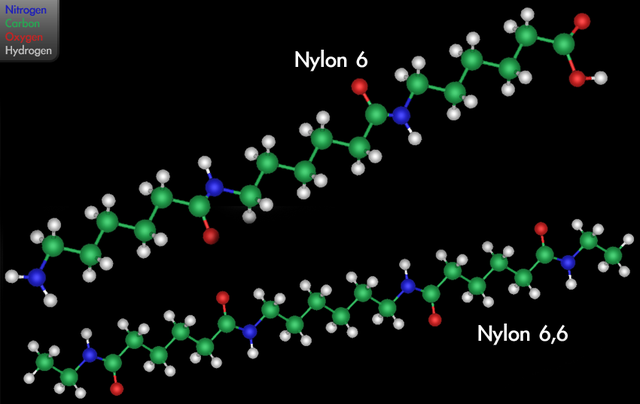 In 1927, Staudinger married the Latvian botanist, Magda Voita, who was a collaborator with him until his death and whose contributions he acknowledged in his Nobel Prize acceptance. Further evidence to support his polymer hypothesis emerged in the 1930s. High molecular weights of polymers were confirmed by membrane osmometry, and also by Staudinger’s measurements of viscosity in solution. The X-ray diffraction studies of polymers by Herman Mark provided direct evidence for long chains of repeating molecular units. And the synthetic work led by Carothers demonstrated that polymers such as nylon and polyester could be prepared by well-understood organic reactions. His theory opened up the subject to further development, and helped place polymer science on a sound basis.[4]

Staudinger resigned from his post as Principal of the Chemical Laboratories of the University in April 1951, and accepted the honorary appointment as Head of the State Research Institute for Macromolecular Chemistry, which he held until April 1956.[1] In 1953 received the Nobel Prize in Chemistry for “his discoveries in the field of macromolecular chemistry”.  In 1956 he was bid farewell to the university with an official celebration of his 75th birthday. In 1957 he gave guest lectures in Japan, where he was also received by the tenno, and at the invitation of Hermann Mark he gave a lecture at his institute in Brooklyn. However, it became clear that Staudinger’s research at his institute at that time was no longer up to date compared to the school founded by Mark in the USA on a broad interdisciplinary basis and in close connection with industry. The institute building, newly erected for this purpose in 1962, now bears the name Hermann-Staudinger-Haus.