You are here: Home › art › Mozart Got Married 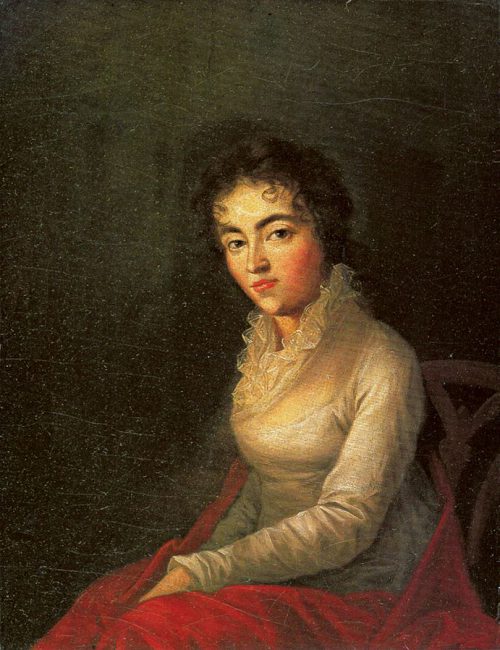 On August 4, 1782, Wolfgang Amadeus Mozart, one of the finest composers the world has ever known, finally married Constanze Weber, a 20 years old singer.

“Dance is communication, and so the great challenge is to speak clearly, beautifully, and with inevitability. Dance is the only art of which we ourselves are the stuff of which it is made. Dancing is like dreaming with your feet!” – Contanze Mozart

Mozart and the Weber Family

It was in September 1777 that 21 years old Wolfgang Amadeus Mozart first met Constanze’s family, the Webers, while staying in Mannheim together with his mother, after he had resigned his position as court musician in Salzburg and was now on a journey looking for a new employment. He became acquainted with members of the famous orchestra in Mannheim, the best in Europe at the time and one of the reasons for his journey. At first he fell in love with Constanze’s eldest sister, Aloysia, a singer of some promise but little experience. Mozart made grand plans to take her to Italy and start her in a career in opera, but his father Leopold, who never trusted the Weber family, persuaded him against it. There were prospects of employment for Mozart in Mannheim, but unfortunately to him they came to nothing. A year later, Aloysia had become a now successful singer in Munich, her feelings for him had cooled down and she was no longer interested in him. Therefore he wrote to his father on December 29, 1778,

“I can only weep. I have far too sensitive a heart.”

Nevertheless, Mozart stayed in close touch with the Weber family, and on December 15, 1781, he wrote again to his father revealing his plans to marry:

“Owing to my disposition, which is more inclined to a peaceful and domesticated existence than to revelry, I, who from my youth up have never been accustomed to look after my belongings, linen clothes and so forth, cannot think of anything more necessary to me than a wife…A bachelor in my opinion is only half alive.”

But now his attention had turned to Aloysia’s younger sister, dark-eyed Constanze, with her pretty figure and,

“the kindest heart in the world…I love her and she loves me with all her heart.“ 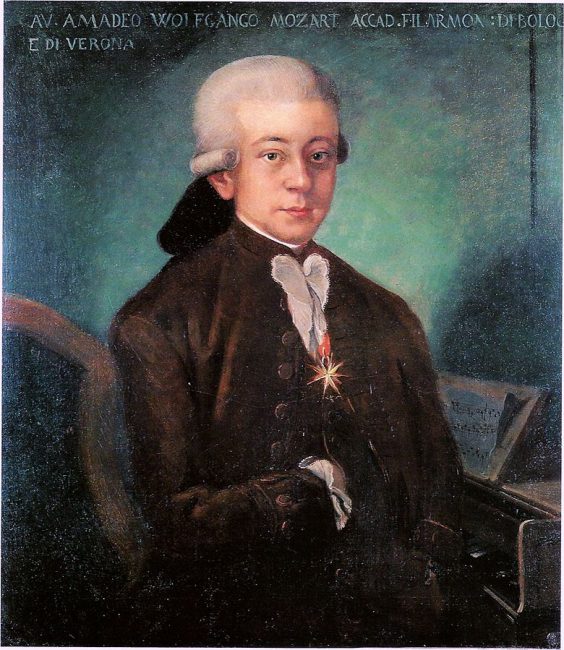 But the courtship did not go entirely smoothly, surviving correspondence indicates that Wolfang Amadeus and Constanze briefly separated in April 1782 over an episode in which Constanze had permitted another young man to measure her calves in a parlor game. Additionally, Mozart faced a very difficult task in getting his father’s permission for the marriage with Constanze. He wrote to Leopold Mozarton 31 July 1782:

“All the good and well-intentioned advice you have sent fails to address the case of a man who has already gone so far with a maiden. Further postponement is out of the question.”

The couple were finally married on 4 August 1782, the day before his father’s consent arrived in the mail. At their wedding in St. Stephen’s Cathedral in Vienna, the couple wept, as did the congregation, and the priest. It was a marriage of deep affection and understanding, both much needed through their years together. Judging by Mozart’s letters, it was a happy marriage. She gave him the inspiration he needed for his compositions. Several works have been written for her, including the soprano part of the Great Mass in C minor, which she was to sing at the world premiere in St. Peter’s Church in Salzburg. She also accompanied him on most of his travels. During their marriage, Constanze was six times pregnant in eight years, which exhausted her strength to such an extent that she was always tied to the bed. Of the children Raimund Leopold (1783), Carl Thomas (1784-1858), Johann Leopold (1786), Theresia (1787), Anna (1789) and Franz Xaver Wolfgang (1791-1844) four died as infants. It was also burdened by frequent relocations and the shortage of money in recent years.

After Mozart’s death in 1791, Constanze stood alone with her two children and her husband’s debts. To support herself and the children, she and her sister Aloisia organized several benefit concerts and a concert tour with Mozart’s works in 1795/96. She brought the children to the estate Vila Bertramka of the friendly couple Josepha and Franz Xaver Duschek near Prague. She did not sell Mozart’s remaining autographs immediately, but only at the turn of the year 1799/1800 to the Offenbach music publisher Johann Anton André. Ten years later, in 1809, Constanze married Georg Nikolaus Nissen, a Danish legation secretary and diplomat, with whom she moved to Copenhagen in 1810. Between 1820 and 1824 the couple travelled Germany before moving to Salzburg in August 1824. Here, at the latest, she and her husband began work on one of the first biographies of W. A. Mozart. Nissen died in 1826. Constanze published the biography in 1828.

At yovisto academic search you can watch a disection of Mozart’s most famous ‘Eine kleine Nachtmusik‘ from the La Jolla Music Society: SummerFest.