You are here: Home › women in technology › On the Road with Bertha Benz 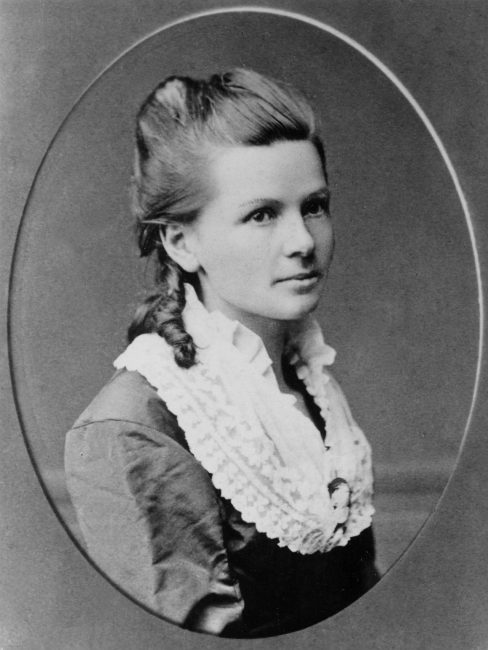 On August 5, 1888, Bertha Benz, without her husband, engineer and inventor Karl Benz, knowing about it, took her two sons on the first long distance car-trip ever performed. In doing so, she brought the Benz Patent-Motorwagen worldwide attention and got the newly founded car company its first sales.

How to do Marketing for the Newly Invented Vehicle?

Bertha Benz was the daughter of the master carpenter Karl Friedrich Ringer. Before Bertha and Karl Benz got married, she invested in his company to support the engine designer and engineer. The recently patented vehicle ‘Patent Motorwagen‘ developed by Benz could not achieve a great financial success due to the lack of a real marketing, so Bertha Benz decided to take action with a long distance road trip to give proof for the automobile’s usefulness.

She performed the trip together with her sons Eugen and Richard from her home in Mannheim to Pforzheim crossing a distance of 106 km and caused huge media attention since nobody (and especially no woman) had mastered a distance like this before. The trip made a significant contribution to dispel the remaining reservations of customers against the vehicle. Showing the public how useful and quick the automobile was, the financial success of the company finally set in. Bertha is thus considered to be the first female driver and the first person ever to perform a trip that went beyond short test drives. However, on the basis of Karl Benz’s memoirs, it was later rumored that it was not her but their sons who were at the steering wheel. 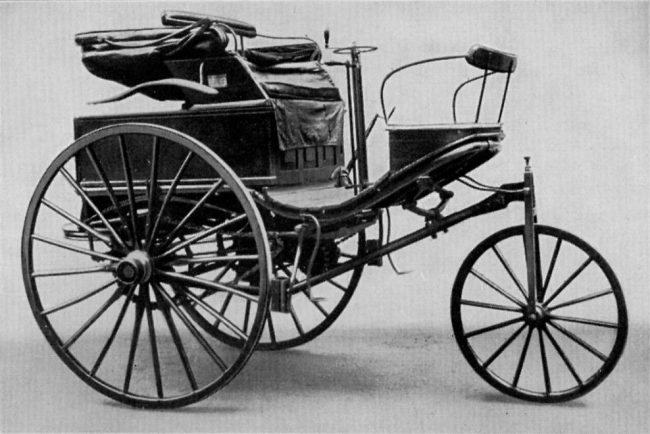 To the honor of Bertha Benz, a ‘Bertha Benz Memorial Route‘ has been established between Pforzheim and Mannheim and it is now 191 km long. On its way there are many touristic attractions such as the automobile museum of Karl Benz, and the pharmacy in Wiesloch. The city pharmacy in Wiesloch near Heidelberg achieved unexpected fame thanks to the overland journey: it is regarded as the first filling station in the world. Since the family on their road trip ran out of fuel and there were no such things as gas stations, Bertha Benz bought petroleum ether at a local pharmacy and thereby was able to continue the trip to Pforzheim. Until well into the 20th century, gasoline and other fuels could only be purchased in pharmacies. 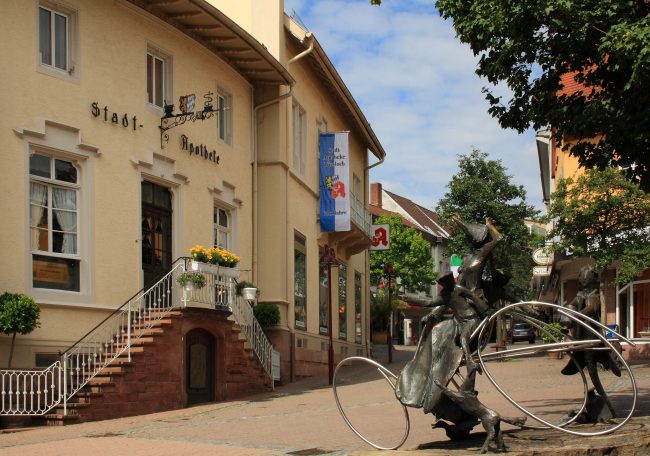 Bertha Benz monument in Wiesloch where she made a stop to take in fuel at the city pharmacy, which is now dubbed “the first filling station in the world“

Karl Benz is seen as the inventor of the modern automobile today, even though several attempts were made some years earlier. In 1769 Nicolas-Joseph Cugnot created a steam-powered tricycle and 38 years later François Isaac de Rivaz developed a vehicle with his internal combustion engine. The next attempts took place several years later when Gustav Trouvé introduced an automobile powered by electricity and finally it was Karl Benz, who patented his four-stroke cycle gasoline engine in 1897, but sold only 25 cars in the first years.[5] Due to the effort of Bertha Benz and the later development of the flat engine in 1896, Benz ran the world wide leading company in the field of automobiles.

The Bertha-Benz Trip for Historic Vehicles

Bertha Benz died in 1944, at the age of 95 in Ladenburg, the headquarters of the company C. Benz Söhne. Since 1988, the Bertha-Benz trip for historic vehicles has been held every two years. This classic car tour, organised by the Dr. Karl Benz Car Museum and the General Schnauferl Club, brings together 130 “pre-war vehicles” and follows the route of the world’s first long-distance journey.

At yovisto academic search you can listen to Sebastian Thrun, Director of Stanford’s Artificial Intelligence Lab in his TED talk ‘Rethinking the Automobile’.