You are here: Home › space › Luna 3 and the First Picture of the Far Side of the Moon 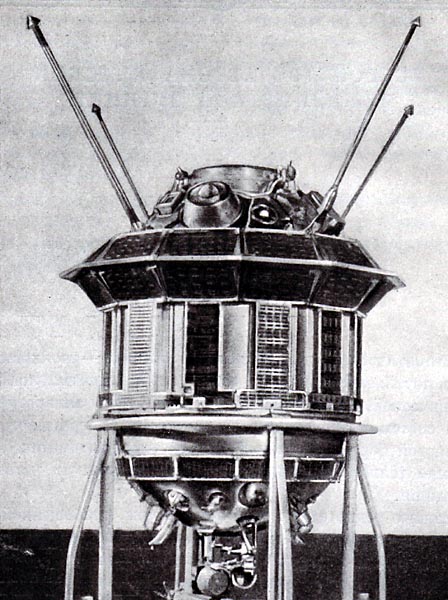 Luna 3 was a cylindric canister with hemispheric ends and about 130cm long. On the outside, lots of scientific equipment was mounted including micrometeoroid and cosmic ray detectors, and the Yenisey-2 imaging system. On the inside, Luna 3 held the cameras and the photographic film processing system, radio transmitter, storage batteries, gyroscopic units, and circulating fans for temperature control. It was spin-stabilized for most of its flight, but its three-axis attitude control system was activated while taking photos. Luna 3 was radio-controlled from ground stations in the Soviet Union and was not equipped with rocket motors for course corrections.

On October 4, 1959, a rocket was launched over the North Pole to put Luna 3 on its course to the Moon. At a distance of 60,000 to 70,000 km from the Moon, the orientation system was turned on and the spacecraft rotation was stopped. The lower end of the craft was pointed at the Sun, which was shining on the far side of the Moon. The space probe passed within 6,200 km of the Moon near its south pole at the closest lunar approach on October 6, and made its way to the far side. On the next day, the photocell on the upper end of the space probe detected the sunlit far side of the Moon, and the photography sequence was started. The first picture was taken at a distance of 63,500 km from the Moon, and the last picture was taken 40 minutes later from a distance of 66,700 km. 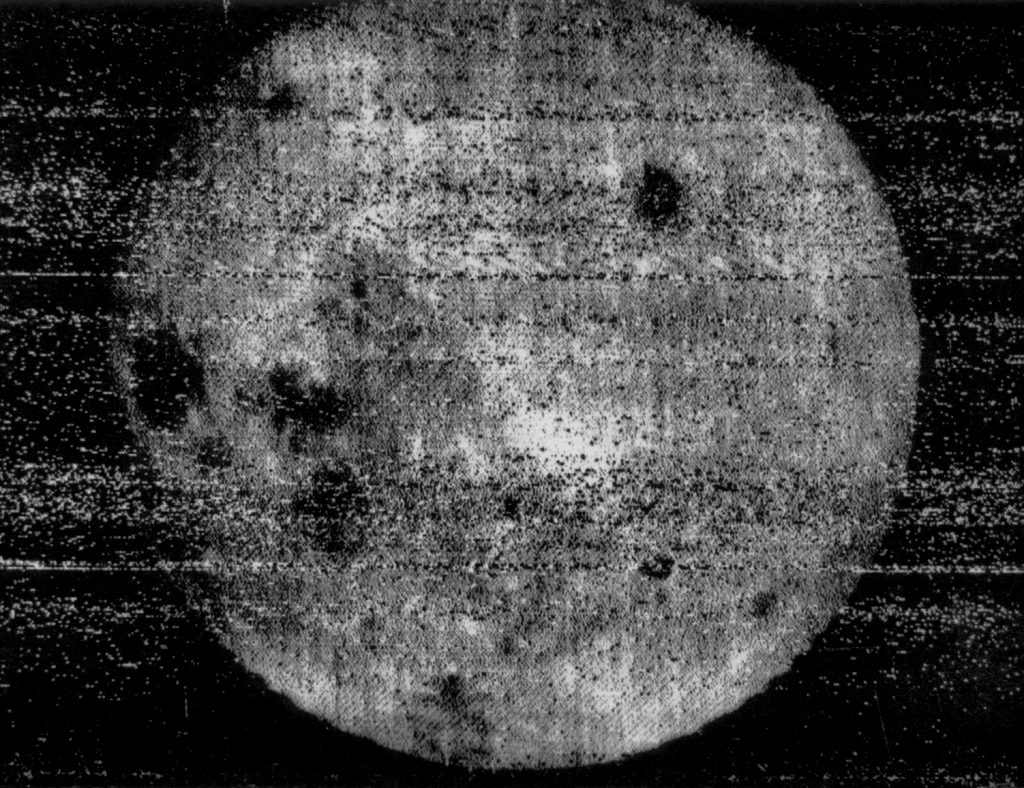 The first image returned by Luna 3 showed the far side of the Moon was very different from the near side, most noticeably in its lack of lunar maria (the dark areas)

During the mission, 29 pictures were taken which covered about 70% of the Moon’s far side. After the photography was complete the spacecraft resumed spinning, passed over the north pole of the Moon and returned towards the Earth. Attempts to transmit the pictures to the Soviet Union began on October 8 but the early attempts were unsuccessful due to the low signal strength. As Luna 3 drew closer to the Earth, a total of about 17 viewable but poor quality photographs were transmitted by the 18th of October. All contact with the probe was lost on 22 October 1959.

With an US American Film

According to later statements by Peter Bratslawets, the developer of the Lunik camera, the photographic film used came from US Genetrix balloons fired by Soviet anti-aircraft guns and subsequently salvaged.[4] The balloons flew over the Soviet Union in the mid-1950s to take reconnaissance photos. The investigation of the US film had shown that it met the high requirements for the lunar probe, whereas the films produced in the Soviet Union at the time were not suitable.