You are here: Home › computer science › John McCarthy and the Raise of Artificial Intelligence 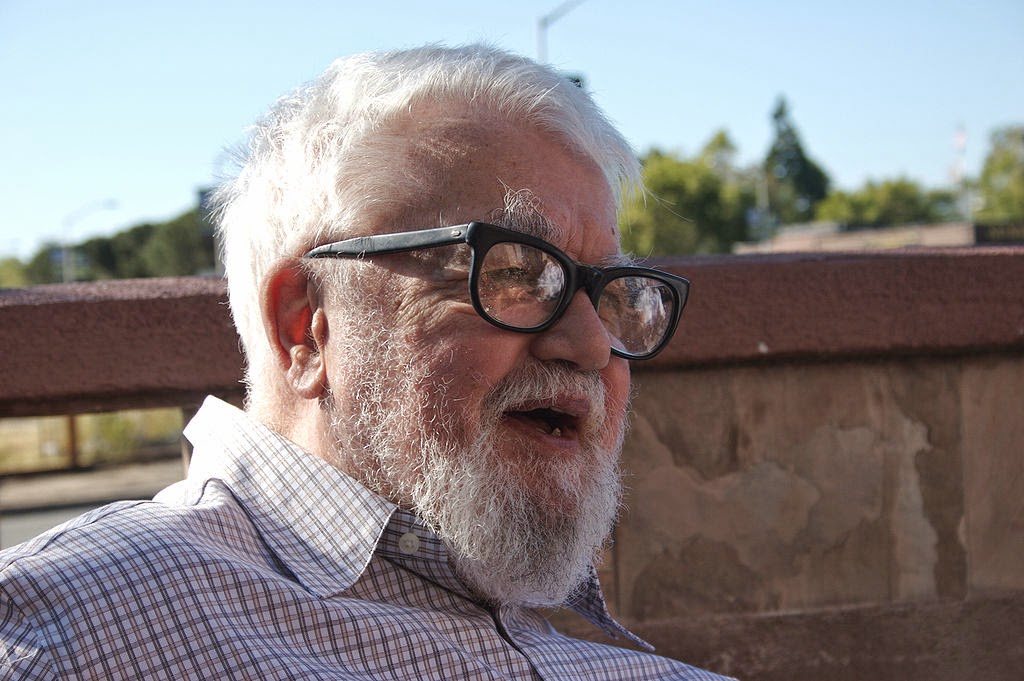 On September 4, 1927, American computer scientist and cognitive scientist John McCarthy was born. He was one of the founders of the discipline of artificial intelligence. He coined the term “artificial intelligence” (AI), developed the Lisp programming language family, significantly influenced the design of the ALGOL programming language, popularized timesharing, and was very influential in the early development of AI.

“Intelligence has two parts, which we shall call the epistemological and the heuristic. The epistemological part is the representation of the world in such a form that the solution of problems follows from the facts expressed in the representation. The heuristic part is the mechanism that on the basis of the information solves the problem and decides what to do.”
– John McCarthy, (1969)[11]

John McCarthy was born in Boston, Massachusetts, U. S., to his father John Patrick, an Irish immigrant, and his mother Ida (Glatt) McCarthy, a Lithuanian Jewish. The family was obliged to relocate frequently during the Great Depression, until McCarthy’s father found work in Los Angeles, California. McCarthy graduated from Belmont high school two years early and already studied the textbooks of MIT in the field of mathematics. He was accepted at Caltech in 1944, but the first years did not go as smooth as expected. The brilliant student skipped the required physical education courses and was suspended. After serving the US Army, he was again readmitted and studied under computer science pioneer John von Neumann in 1948.[7] McCarthy earned his degree at Caltech and finished his PhD in mathematics at Princeton with a thesis titled “Projection operators and partial differential equations” in 1951, under the supervision of Donald C. Spencer, a mathematician, known for his work on deformation theory of structures arising in differential geometry.

The Birth of Artificial Intelligence as a Scientific Discipline

McCarthy worked at Dartmouth in the 1950s and in this period, he authored a proposal for a two-month, 10-person summer research conference on “artificial intelligence“. It was the first time, the term was used in a publication. In proposing the conference, McCarthy wrote, “The study is to proceed on the basis of the conjecture that every aspect of learning or any other feature of intelligence can in principle be so precisely described that a machine can be made to simulate it“. The Dartmouth Conference was held in the summer of 1956. Marvin Minsky [6] also attended the conference and later on, he became one of the main AI theorists and joined McCarthy at MIT in 1959. McCarthy invented the computer programming language LISP.[10] It is the second oldest programming language after FORTRAN [5] and still in use today in the field of artificial intelligence. Around 1959, he invented so-called “garbage collection” methods, a kind of automatic memory management, to solve problems in Lisp. He also served on the committee that designed ALGOL, for which he proposed the use of recursion and conditional expressions, and which became a very influential programming language by introducing many new constructs now in common use [1,2].

Board Games and AI

In the later 1950s, McCarthy began developing a concept for computer time-sharing in order to improve the efficiency of distributed computing and predated the era of cloud computing by decades. In the same period, McCarthy authored a paper titled, “Programs with Common Sense“. He laid out the principles of his programming philosophy and describing “a system which is to evolve intelligence of human order“. The scientist hosted a series of four simultaneous computer chess matches carried out via telegraph against rivals in Russia in 1966. The matches lasted over a couple of months and McCarthy lost two of the matches and drew two. He later pointed out, that board games like chess were essential for the development of artificial intelligence [2].

From 1978 to 1986, McCarthy developed the circumscription method of non-monotonic reasoning.[14,15] Circumscription is a non-monotonic logic created by John McCarthy to formalize the common sense assumption that things are as expected unless otherwise specified. Circumscription was later used by McCarthy in an attempt to solve the frame problem, i.e. is the problem of finding adequate collections of axioms for a viable description of a robot environment. To implement circumscription in its initial formulation, McCarthy augmented first-order logic to allow the minimization of the extension of some predicates, where the extension of a predicate is the set of tuples of values the predicate is true on. This minimization is similar to the closed-world assumption that what is not known to be true is false

During his career, McCarthy co-founded the MIT Artificial Intelligence Project and what became the Stanford Artificial Intelligence Lab, serving as director at Stanford from 1965 until 1980. He was named the Charles M. Pigott Professor at the Stanford School of Engineering in 1987, before stepping down in 1994. The Association of Computing Machinery honored McCarthy with the A. M. Turing Award in 1971 and he received the Kyoto Prize in 1988 and the National Medal of Science in 1990, the nation’s highest technical award [2,3].

In 1979 McCarthy wrote an article entitled “Ascribing Mental Qualities to Machines“. In it he wrote, “Machines as simple as thermostats can be said to have beliefs, and having beliefs seems to be a characteristic of most machines capable of problem-solving performance.” In 1980 the philosopher John Searle responded with his famous Chinese Room Argument, disagreeing with McCarthy and taking the stance that machines cannot have beliefs simply because they are not conscious. Searle argues that machines lack “understanding” or “intentionality” (a term commonly used in the philosophy of mind). A vast amount of literature has been written in support of one side or the other.